The Mind-Boggling Eccentricities That Make Leeds’ Transport System So ‘Special’ 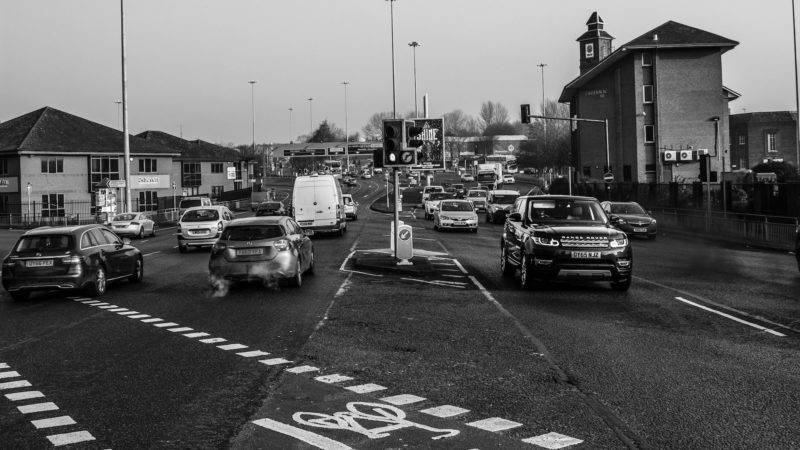 From spaghetti junctions to the endless loop, there’s nothing quite like Leeds’ ‘unique’ transport system.

It’s the most hotly debated topic in Leeds, but our transport system isn’t just in need of work – it’s absolutely mind-boggling. We’re talking a one way system that befuddles the best sat navs, a roundabout that’s so complicated that you’ll have missed you exit before you work out what lane you should be in, and an airport that’s about as accessible as a quarantine zone. These are the ridiculous eccentricities of our transport system…

The airport that’s nigh-on impossible to get to

Every major city needs an international airport, and Leeds has one, but it would help if you could actually get to it. Instead, it sits out there in the middle of nowhere – no one wants to drive, thanks to those outrageous parking charges, but while the buses are frequent, they take their sweet, sweet time, and if you should hit Kirkstall Road at rush hour, well, you might have to watch your plan depart from the tarmac. At least you can get a taxi home… but only from the one company, obvs.

The junction that could take you anywhere

You have to be a special sort of driver to enjoy the Sheepscar Junction. With multiple lanes heading in every direction, it’s hard to work out where you’re going, let alone which lane you should be in. One wrong move will see you going in completely the wrong direction – and getting back on track isn’t as easy as it sounds. And don’t get us started on the ‘always green’ cycle priority lights that run across three lanes of traffic.

The endless loop of Leeds

In the 1990s, Leeds City Council turned a weaving network of streets into a multi-lane behemoth that was designed to speed up the orbital journey around the city, with roads going in just one direction. Such is our commitment to the City Centre Loop that we now have more than our fair share of dead ends, and if you’re driving it for the first time, good luck finding the right junction. Sat navs cower before it and even seasoned Leeds drivers can work up a sweat at the thought of taking a new route (which happens every time Bridgewater closes Neville Street and Water Lane).

The motorway that goes against the grain

Anyone who’s driven into Leeds on the motorway has probably found themselves on the A64(M) at some point, also known the Inner Ring Road. It’s classified as a motorway, but it has a few features that will make you raise an eyebrow. It has no hard shoulder for one, and it also has a fast lane slip road exit on the right hand side. They threw out the rulebook when they made this one.

The park and ride… and walk

A park and ride, you’d think, is designed to make it easier and cheaper for commuters and visitors to Leeds to park up and make their way into the city, while reducing traffic. But, if you’re using the Elland Road Park and Ride, you don’t really want to be going anywhere other than Trinity Leeds or ASDA House because the furthest it goes into the city centre is Boar Lane. For those working in the city’s bustling financial district, it’s a heel-busting walk to the office. Comfy shoes, anyone?

The guided buses that are past their sell by date

Back in 1995, Leeds was seen as public transport innovator thanks to its guided bus scheme. These new buses are specially designed to auto-steer when the bus pulled into its lane, which as a result was narrower than the ones used by cars. The technology needed was tested and refined in Bramley before the first of five stages were introduced on the heaving Scott Hall Road. Fast forward to 2017, and they’re still in use, but the traffic on the A61 is as bad as ever. Why? Because even if they do have their own lane, they still have to get back into normal traffic at some point – and then they come to a standstill, just like the rest of us.