The University of Leeds is the place to be according to The Times and The Sunday Times’ renowned Good University Guide. 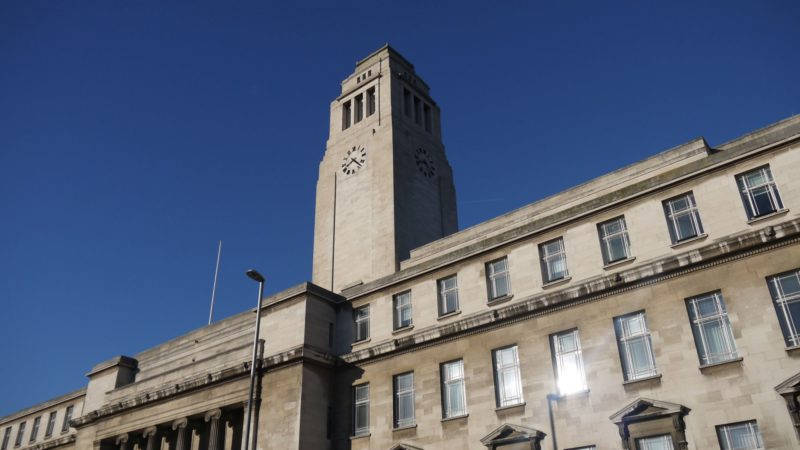 The Times and The Sunday Times’ renowned Good University Guide have just announced their university of the year – and it’s our very own University of Leeds. The student experience is the force behind the decision, after two years as runner up. The University also came out with an all-time high ranking of 13th in the statistical rankings in the league table of universities across the UK.

It comes on the back of three other awards. The institution received The Duke of York Award for University Entrepreneurship at the National Business Awards, as well as being named as the Entrepreneurial University of the Year at The Times Higher Education Awards and the Guardian University Award 2016. The university also secured a 90% satisfaction rate in the 2016 National Student Survey and is ranked as one of the top 100 universities in the QS World University Rankings 2016/17.

However, it’s this achievement that stands out above the rest. Alastair McCall, editor of the Good University Guide, explained why it took the top spot, “Outstanding student satisfaction levels do not happen by accident and reflect the emphasis placed here on getting the student learning experience spot on. Heavy investment in campus facilities has gone hand in hand with a strong pastoral system of student support, the introduction of a final year research-based project as the centrepiece of students’ academic activities, and the Leeds for Life scheme that helps prepare students for life after university. It is no wonder that Leeds’ graduates are so sought after by employers.”

That investment has been a big deal for the University of Leeds as it has undertaken a massive programme to safeguard its quality for future generations. The Leeds University Union building has had a multi-million pound update to ensure it remains one of the biggest and best in the country, including transforming retail spaces, bars and cafe areas, as well as performance venues and society facilities.

That’s gone hand-in-hand with the refurbishment of the Edward Boyle Library to make sure it meets modern IT standards, while the new £26 million state-of-the-art Laidlaw Library won a prestigious RIBA Yorkshire award for its architectural design. All of this is part of an extensive £520 million development programme, designed to cement its reputation as one of the best in the UK.

This is just the beginning though. A new £4.4 million home for the Institute of Communications Studies is to be built alongside a new £12.5 million Energy Research building. Plus, they’re planning a £9.5 million refurbishment of Leeds Dental Institute and the construction of a new £42 million Innovation and Enterprise Centre. It’s hoped this will drive the University of Leeds’ forward, helping it compete not just nationally, but internationally.

The Good University Guide announcement goes a long way to achieving that as Sir Alan Langlands, Vice-Chancellor of the University of Leeds, explained, “We have been supported by unparalleled investments in our staff, research capability and campus, which makes Leeds a truly remarkable place when it comes to inspiring knowledge and creating opportunity. We are investing in future generations of independent, critical thinkers and cutting edge research of real impact and significance. We would also like to thank the city, which plays a vital role in making Leeds a top destination for students. Economically vibrant, compassionate and outward looking, this is an exceptional place to live and learn.”

The ranking isn’t the only good news for the University of Leeds, however. The Good University Guide also recognised that it offers one of the widest ranges of degrees in the country, both traditional and vocational, as well as having a wide ranging capability for students to spend time abroad, either working or studying. Staff have also been awarded 22 National Teaching Fellowships, more than any other English, Northern Irish and Welsh university, while the teaching itself is informed by the very latest research and taught by the people doing it.

With 11,000 new students and staff coming to University of Leeds’ this year to benefit and contribute to such facilities and achievements, the future is certainly looking bright. Here’s hoping they keep this prestigious title for many years to come.