Find out more about the changes going on at Kirkgate Market. 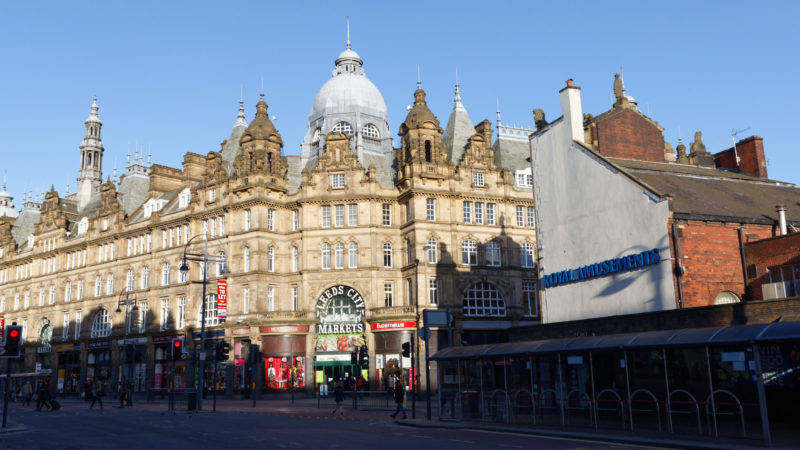 Millions of pounds are being invested into the regeneration of Kirkgate Market, but what exactly have they got planned? We found out…

The refurbishment of Kirkgate Market has tongues wagging across the city, but with all the debate, it’s easy to get distracted from the plan itself. So this week, we’re going to tell you about some of the amazing changes that are taking place within Europe’s largest covered market – and you’re going to love them.

1. You can do your weekly shop, all in one place

You may have noticed that a few of your favourite traders have moved, most notably the fishmongers. They’ve nipped over to Butcher’s Row to make way for a new fresh produce area, which will allow you to do your entire weekly shop, all in one place.

It’s the first time in the 140 year history of the market that the butchers and fishmongers have been in the same place, and soon they’ll be joined by the greengrocers too. It’ll give you the convenience of the supermarket, with the bargain prices and personal service Kirkgate Market is famed for. So while there may be a bit of disruption now, in the long run, it’ll be better for everyone, including the traders.

2. You’ll find an even more eclectic array of goodies inside

While all the fresh produce traders may be moving into a cosy new home, the rest of the market will be filled with the usual mishmash of traders, selling everything from haberdashery to caribbean food, and there won’t be anything uniform about it.

“One of the main things about the market is that it is able to surprise and delight when you go around the corner and find something completely unexpected.” Markets Manager Sue Burgess explained, “I think that is part of what people come in for. You wouldn’t ever want to get to a position where it was zoned, like a supermarket.”

3. There’ll be a new meeting and events space

It’s the 1976 Hall that will see the biggest change. Now closed, work has already begun on its transformation into a unique events space, creating a central meeting point for shoppers that will be open in the day, and the evening too. When it comes to events, they’re not ruling anything out, with big organisations showing as much interest in the space as community projects.

They’ll also be putting on specialist markets with a focus on bringing something new to shoppers, from vintage fairs to Christmas markets – and that will be supported by activities for the kids, a stage for live entertainment, and all kinds of eateries for you to stop and get a bite at.

4. The design will be brought up to date

While maintaining the heritage of the market is important, so is bringing it up to date and that’s something they’ll be doing in the new 1976 Hall. While the rest of Kirkgate Market will stay true to its traditional colours, here they’ll have a lot more freedom – bringing bright, bold hues into the market for the first time and creating a new ‘signature’ look.

The walls in the 1976 Hall are huge, so they have a massive space to play with. They’re even looking at the possibility of creating giant murals, so it could become a really interesting space.

5. Previously hidden features will soon be on show

They’ve uncovered a host of hidden features as they’ve been planning the regeneration and have made sure they’re all documented. But what’s more exciting for us history buffs is that some of these previously unseen features, which have been tucked away behind walls and stalls for a very long time, will be put back on display.

So even as Kirkgate Market is given a modern envisioning, we’ll see aspects of the past that have been hidden from public view, being worked back into its design.

Drainage and ventilation are terribly dull things to be telling you about, but actually, they’ll make a huge difference to the market experience. Part of the refurbishment of fish row will involve the installation of a whole new ventilation system, helping to bring a constant flow of fresh air into the building.

That, accompanied by a new drainage system, will give you a somewhat fresher take on the traditional market experience. We do love a bit of modern technology.

7. It’s getting a massive new roof

This may not sound like the most exciting development coming to Leeds Kirkgate Market, but when the weather turns, as it so often does in the UK, the new roof that’s being installed, which is set to cover 40,000 square foot, will make all the difference – and for years to come, because all the developments that are now taking place are designed to stand the test of time.

“It’s a grade one listed building, so we have a duty of care to that building, and I think that’s an important point and it’s something that we take very, very seriously.” Sue Burgess explained, “It’s a huge building as well, so as you might expect, over the years there’s been systems in there that now need some upgrading, and a lot of money will be spent making sure that we’ve got everything in tip-top order and that it’s going to last for a long time to come.”

8. A little slice of history will return for the first time since the fire

It’s odd to think that the regeneration of the market will bring back something from history, but that’s exactly what they have planned as they set to work recreating the ‘Block Shop’ that was lost in the fire of 1975. It’s something they wanted to do from the very start, but with a modern twist.

9. There are going to be loads of new traders

With the refurbishment of the market, comes the opportunity for a host of new traders to join its ranks, creating an even more diverse range for shoppers to peruse.

There’s going to be loads of space in the new fresh produce area, even after all your favourite traders have moved in, so if you’ve got your own food and drink business, why not check it out? From artisan breadmakers to craft brewers, fresh ice cream to world food, they’re looking for traders with a love of all things yummy – and once the space has been filled, it’s the shoppers that will feel (and indeed taste) the benefit.