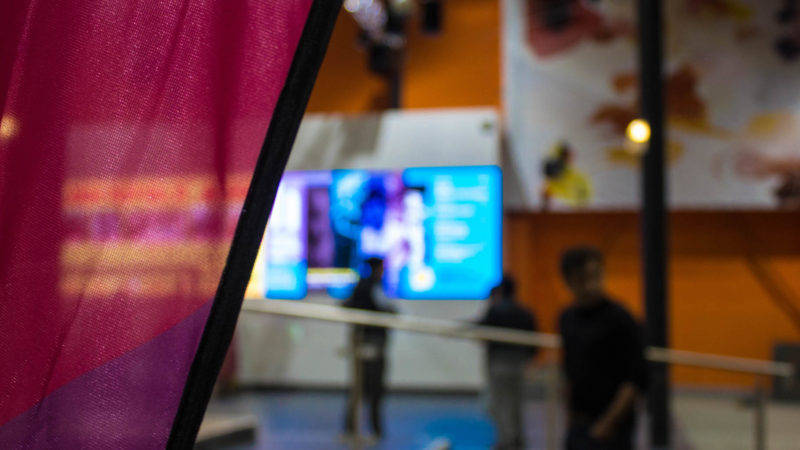 This week, Leeds Kirkgate Market finished the first phase of their mammoth renovation project, by opening a host of exciting new areas – and they’re quite something.

It’s fair to say that this has been a long time coming. The renovation of Leeds Kirkgate Market was first announced in March 2014, with work starting in February 2015. It’s been a long year for the traders, who’ve done a sterling job of working around the disruption, keeping the city stocked up in everything from fresh fish, meat and veggies to flowers, hardware and haberdashery.

But now all those exciting changes they’ve been telling us about are set to be revealed as the new areas opened this week. They aren’t, however, absolutely complete, as the market’s traders will be packing up their stalls and setting up shop in their new, tailor made stores over the next week or so.

What’s been going on behind the hoardings As you’d expect, the newly refurbished areas of the market look visibly different, but actually, some of the biggest changes, the ones that feel more like hygiene factors than all-singing, all dancing changes, are likely to go unnoticed. They are, however, still absolutely essential.

For example, Leeds Kirkgate Market is now home to a new sprinkler system. With 55,000 litres of water, it’ll protect the Grade I listed building against fire – something that’s played a huge part in its history. In fact, the renovations uncovered 2,676 tons of rubble from the fire in 1975, which have now been removed. They’ve also installed 620 metres of new drainage channels that run the whole length of the new fresh produce area. It’s not glamorous, it’s not sexy, but it is incredibly important – those drainage channels, along with the new ventilation system, will help to keep the market fresh and odour free, improving the experience for you, the customer. And it’s fair to say, they didn’t come easy. They had to lift every single one of the original Yorkshire stone paving flags, numbering them, cleaning them and putting them back exactly where they came from.

Along the way, they made a few discoveries. Did you know that there’s a medieval well underneath Leeds Kirkgate Market? Neither did they, until they started the renovations and found it hiding in the depths. It’s been now been covered over, but they’ve kept photographs and records, should we wish to revisit it at a later date. Other discoveries, like the original 1875 shop signs and historic columns, have been preservedand protected for future generations.

What can you expect from the new areas? This is what you’ve been waiting for, right? To find out what exactly they’ve done and if it’s going to make the market better? Well, yes, it is.

For a start, they’ve brought together the market’s butchers, fishmongers and greengrocers to create a space that’s perfect for your weekly shop. The new units have been kitted out specially for the traders – they’ve been able to dictate exactly what they look like, right down to where the plug sockets go, which will hopefully make up for some of the disruption that they’ve experienced over the last year.

“I literally drew this on a piece of paper and I’ve still got the piece of paper at home. The fridges and the sinks are exactly where I drew them in the beginning.” Malcolm Michaels, owner of the famed Leeds Kirkgate Market butchers, told us. They’re moving into a brand new unit with a massive, horseshoe shaped counter that will take you from farm fresh eggs and their selection of 40 cheeses to locally sourced pies from the Leeds Bacon Company, fresh meat and their special protein bar, for those of you looking to hit the gym. They’ve made a massive investment in the new stall, ordering all manner of new tech to make the whole process a lot more sophisticated, and the market in turn, has invested in the space itself.

The move is actually bringing them back to where they started, “When myself and Adrian first started we worked for a company called R.V. Smith’s which is the biggest butcher’s chain in Yorkshire. It stands for Ronald Vincent Smith. He was a farmer and he was incredible. He had a shop right across from our new stall and me and Adrian worked in that shop when we first started.” And like R.V. Smith, they’re training up a new generation of butchers, instilling in them the same values they were taught when they started out.

As well as the new fresh produce area, they’ve also created an exciting new food and events space, which has seating for up to 100 people and free wifi too. They’ve got nine street food units, with six permanent vendors and space for three ever-changing pop-ups who’ll stay for anything from one day to three months. You can tuck into Indian curries at Manjit’s Kitchen, Caribbean treats at Jenny’s Jerk Chicken and homemade Yorkshire pudding wraps at The Yorkshire Wrap Company. Or why not treat yourself to something a little different with authentic street food from Bánh & Mee Vietnamese Street Kitchen and everything from tandoori pizza to baklava at Zm Zm Bakery?

Existing Leeds Kirkgate Market residents, Teapot, will also be taking up residence here, but rather than selling tea for you to make at home, they’ll be whipping up hot drinks for thirsty shoppers, with everything from loose teas and infusions to natural roasted coffees. And their new street food vendors won’t be alone, as the huge space that surrounds them will be used for a series of events over the coming months, the first of which will be Handmade in Yorkshire, which will see 25 stalls, covering everything from artisan food to jewellery and crafts, taking over the space on Saturday 4th June 2016. There’ll be cooking demonstrations and kids activities, alongside live performances from acoustic, country and jazz acts.

The latter of which will take place on the stage, which comes complete with lighting and sound systems, not to mention a whacking great 8 metre LED screen, which in the coming months will be used to show movies, presentations, and of course, the footy. The renovations aren’t yet complete. This is just the first stage, and even this new area will be changing in the coming months, as they set about repairing the roof – something that couldn’t be done during the wet, rainy winter. They’re also getting in abstract colourist and local legend, Nicolas Dixon, who’ll be creating a lasting mural, while shoppers watch – make sure you get down there to see the man himself in action.

And even when that’s done, they’ll still be hard at work. Next they’ll be working on Butcher’s Row, which will be renovated ready for a host of new vendors to make themselves at home – we’re looking forward to seeing some new faces in the market, alongside our old favourites, offering an even more diverse selection, all under one roof. They’ll also be working on the shopper experience, creating a new route through the market, with improved signage and upgraded entrances, with a particular focus on the Victoria Gate side of the building. The work will be moving outside too, as they’re working with traders to formulate a new vision for the outdoor market, with a mix of quick fixes and big plans that will start coming into effect in the coming months.

It’s great to see all the changes we’ve been waiting for finally taking effect – and the new areas that have just opened are sure to bring even more people to this side of town, increasing custom in what has to be one of the city’s finest landmarks. We’re looking forward to a packed calendar of events and even more improvements in the future.