Listen to what the city's apartment experts have to say to find your next place to live in Leeds. 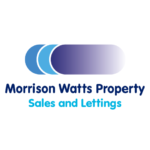 Want a letting agency that knows the city, listens to what you want and makes sure you’re well taken care of? Whether you’re a landlord or a tenant, Morrison Watts puts you first. Get started now...

One of the city’s finest letting agents, Morrison Watts, have given us the low down on the most popular flats in Leeds…

From new builds with all the mod cons to listed buildings with loads of character, Leeds city centre is full of amazing apartment buildings – and no one knows them better than Morrison Watts. The Leeds letting agent has just opened up a new office on Bridge End, where they’ll be helping folk to find their perfect city centre apartment – we caught up with Lettings Manager James Adams to find out what’s hot right now. These riverside apartments are extremely popular – and it’s easy to see why. The unique, stepped design sits in stark contrast to the two bodies of water that surround it, with the Leeds Liverpool Canal on one side and the River Aire on another. The flats within come with stunning views of the waterfront, as well as a sleek, minimalist design – and put you right at the heart of the action, with a host of bars and restaurants below.

But you’ll be lucky to get your hands on one, as James explained, “The apartments themselves are fully occupied, so when you see a rental grab it whilst you can as it won’t stay on the market for long, especially with the opening of the south entrance to the station making these pads even more sought after.” Apartments with character are notoriously hard to find, as they’re snapped up as soon as they become available – and Centaur House is the perfect example of that. Built in 1922, it was originally a clothing factory known as Marlbeck House, but has since been converted into 41 highly coveted flats, boasting exposed brickwork, statement windows and wooden beams.

“Inside, they feel like the interior of a New York loft apartment.” James told us, “All the apartments benefit from high ceilings and exposed brickwork, with loads of light coming from the massive windows, and they’re a little off the beaten track, so you get all of the perks of the centre, without the hustle and bustle.” Leeds Dock has gone through something of a revival since its days as Clarence Dock – and the apartments here have come back into their own. They’re stylish and modern, with balconies looking out over the city. Even better, they’ve got parking, a regular water taxi up to Granary Wharf’s new southern station entrance and a lovely canal-side walk into the city centre.

There’s another reason why La Salle is so popular. “It features three of the biggest penthouses in Leeds, which is a major pull,” James enthused. “But the whole building is lovely and modern. With plenty of windows, the apartments are light and airy – and the balconies offer views of the city.” A worthy alternative to New Dock, Roberts Wharf can be found just across the river. Here, the old Bank Mills mingle with a new build, creating two very different apartment options. The old building is particularly sought after, with a host of original features that will add instant chic to your home.

“The flats in Roberts Wharf feature exposed brick walls, combined with generous mill style windows, making it a very stylish place to live.” James explained, “They’re ideal if you’re looking for somewhere spacious, packed with character and light. The location is great too, with great views over the River Aire.” One of the city’s hidden gems, you’ll find Vassalli House tucked away on Central Road, just behind House of Fraser – it doesn’t get more central than that. It’s a Grade II listed building, and the flats inside are extremely spacious with loads of character, making this one of the most popular apartment buildings in the city centre.

“Rarely on the market due to their spectacular central location, these apartments were converted from offices and boast exposed brickwork, pine flooring and huge windows that fill the rooms with light.” James told us, “You’ll find a mix of apartments within – some are spilt over two floors, offering plenty of space, while others boast big bedrooms and ensuite bathrooms, all on one floor.” It’s one of the most iconic buildings in Leeds, standing tall at the heart of the Granary Wharf development, but it’s not just the architecture that makes people want to live at Candle House. Inside, 160 studio, one-bed and two-bed apartments await, each decked out with contemporary furnishings and the latest mod cons. It’s well positioned too, with the new station entrance making commuting easy, and a host of bars and restaurants mere minutes away.

“The rentals in this building are rare, if you see one that’s available, it won’t be around for long.” James explained. “The 360-degree rooftop terrace means you’ve got your own private outdoor space, with breathtaking views of the city below – you won’t find anything like it, anywhere else in Leeds.” There’s a little something for everyone at No.1 Dock Street. The old British Waterways offices, which were built in 1906, have now been converted into luxury flats, and they sit alongside a modern new build, designed to mirror its older siblings. The result is a mix of converted and new flats, finished to an impressive standard, with views looking out on the River Aire.

“No.1 Dock Street is known for its community spirit – it’s one of the reasons the development is so popular.” James explained, “Throughout the year, weather permitting, residents hold barbecues on the communal, riverside terrace. This really is city centre living at its best.”