Get ready for the very best of the Big Smoke. 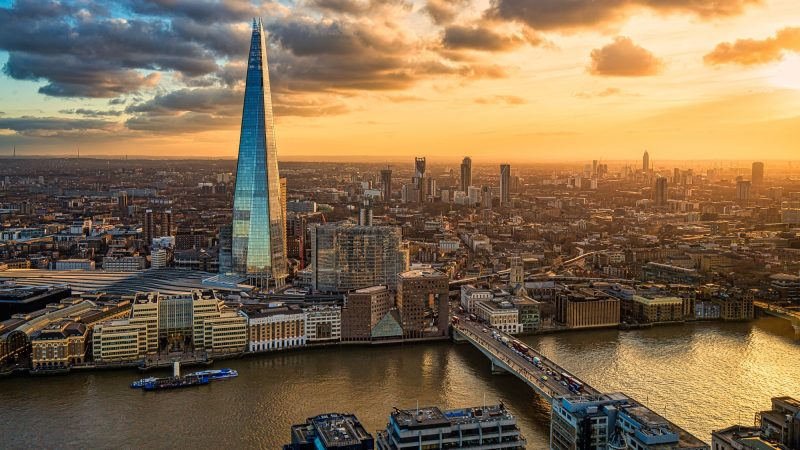 Ready to return to the capital? You could be there in just over 2 hours if you travel by train. With reserved seats, free wifi and onboard charging points, you can sit back and enjoy the ride. Book now from just £30.

After months at home and curbs on our freedom, we can finally do everything we’ve missed over the last two years – why not start in the capital?

Missed your trips to London? It’s been difficult not being able to go down and see all that it has to offer, but now it’s back on the agenda. And since absence makes the heart grow fonder, your next visit will be better than ever! After all, the capital is just over two hours away by train, a mere hop, skip and a jump, you might say. Now you’re free to explore again, new openings, legendary venues and tried-and-trusted classics all await. Tick off as many you can, but don’t worry if you can’t do them all, you can always save some for next time. 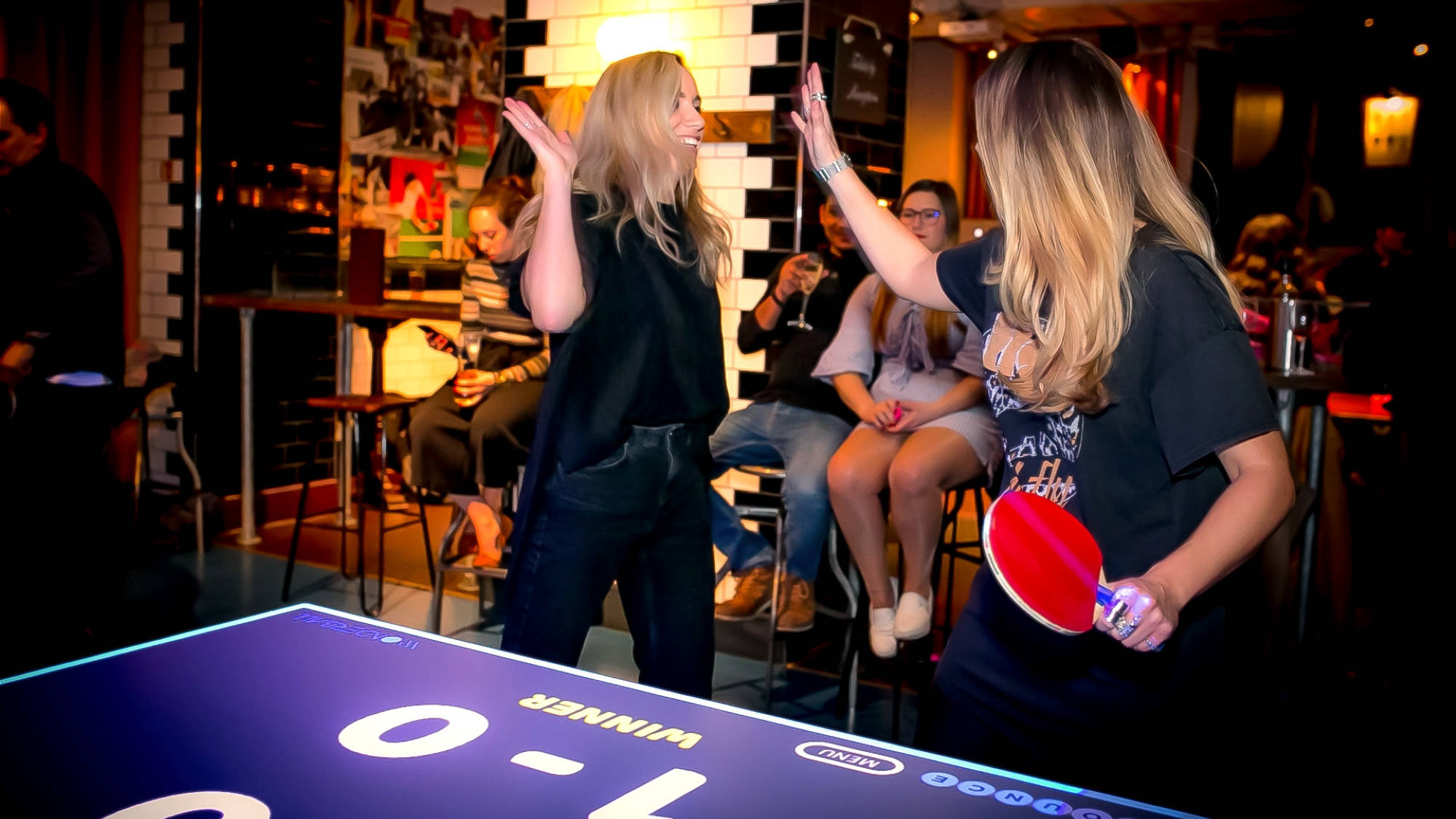 Bounce. For a raucous night out, look no further than Bounce in Farringdon. You might never have known you needed a ping pong bar in your life, but you really do. There are lush cocktails, sharing food and, if table tennis isn’t your thing, beer pong, shuffleboard and karaoke too.

Duck & Waffle. This restaurant doesn’t just offer all-day dining, it goes all-night too. Your food comes with sensational views from the 40th floor of Heron Tower. Where better to tuck into a spicy ox cheek doughnut or the crispy duck leg confit that gave the restaurant its name?

The Shard. You need to see the view from The Shard. You can buy a ticket and zoom up to the viewing platforms 244 metres above the city or reserve a seat in one of their lofty bars and restaurants. Whichever you choose, you’ll be greeted by truly unforgettable vistas. 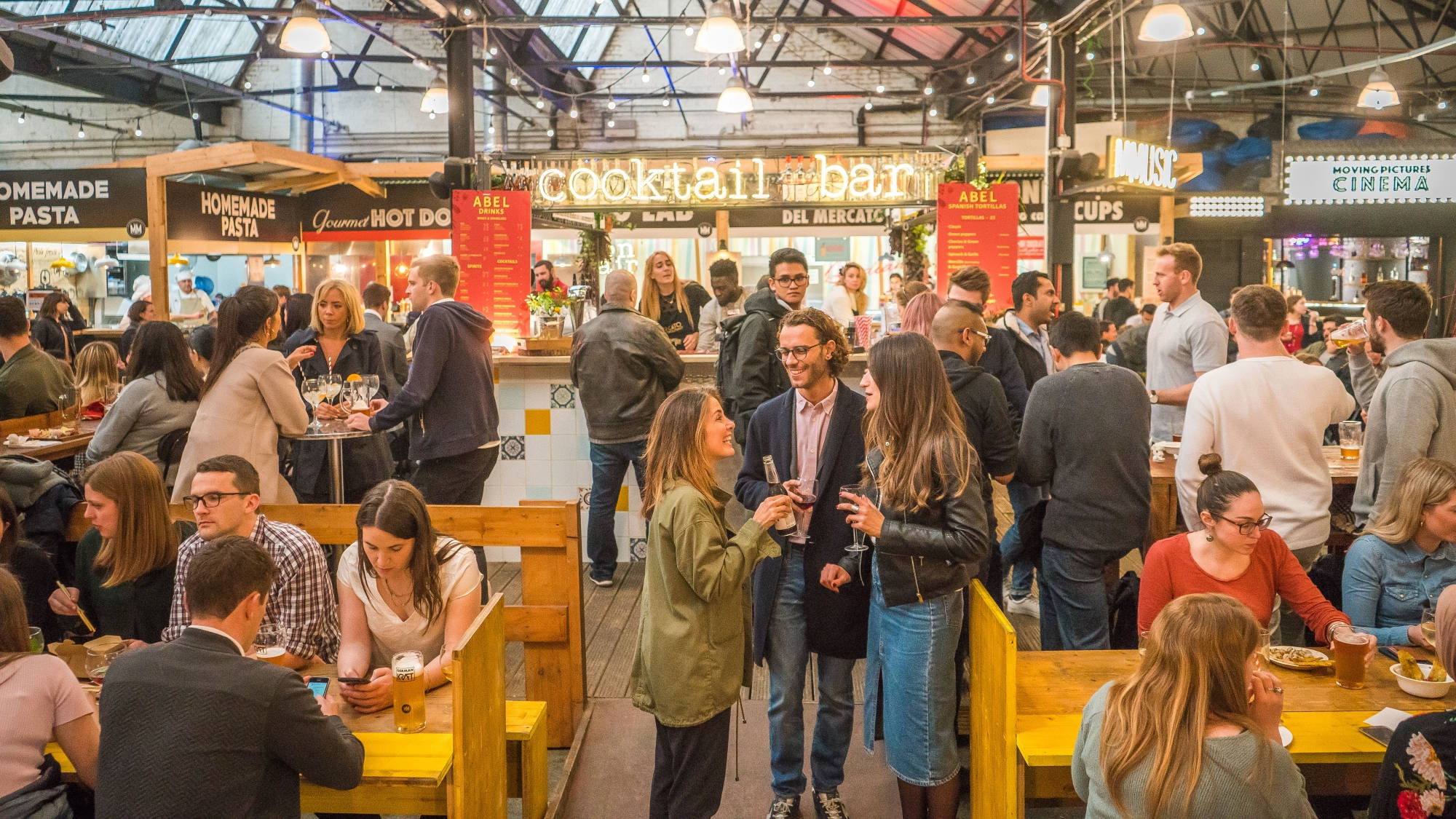 Mercato Metropolitano. The first sustainable community market in London, Mercato is a vibrant home to more than 40 independent stalls. Dining is a delight here, with street food that ranges from Neapolitan pizza and kebabs to lesser-spotted gems like the Uzbek food at OshPaz.

Natural History Museum. One of London’s best attractions, the Natural History Museum is a landmark to love. Step past the statue of Charles Darwin for a voyage of discovery that includes an animatronic T-Rex, a gargantuan blue whale skeleton and the world-class Darwin Centre.

Kew Gardens. This is one of the world’s greatest botanical gardens, a feast for the senses housed in stunning buildings. Start in the Victorian glasshouses, the Palm House or maybe at the gorgeous Chinese pagoda from the 18th century. Got kids? The Children’s Garden is a delight! 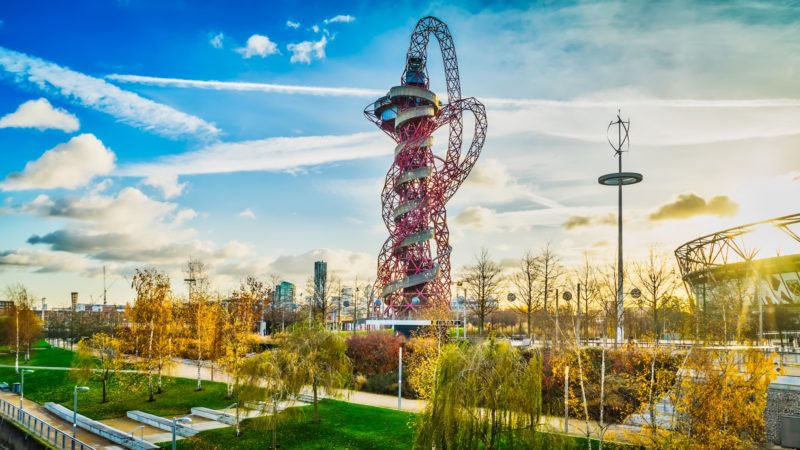 London Zoo. The world’s oldest zoo, London Zoo is a must for kids and adults alike! Book in for a feeding session, sleep overnight in a lion lodge, be a keeper for the day or just wander between Penguin Beach and Gorilla Kingdom, with thrilling discoveries everywhere you look.

SEA LIFE London Aquarium. Sat on the banks of the Thames, London Aquarium is real a show-stopper. The shark tunnel will have the kids screaming, while the Gentoo penguins gets everyone ooh and aahing. Feeling brave? Stroke the rays and confront the bird-eating spider. 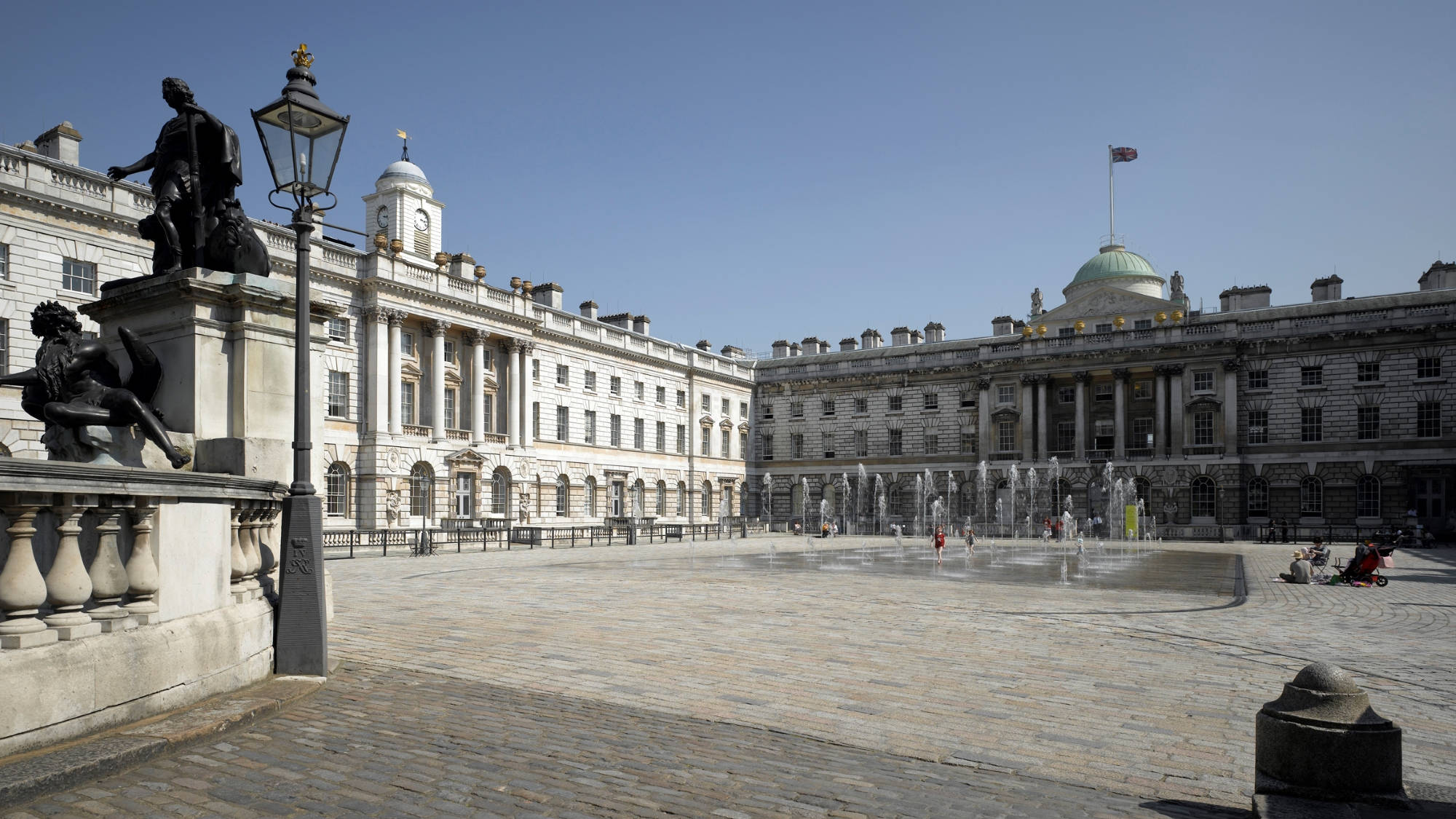 Somerset House. It once housed royal societies and even the Inland Revenue, but Somerset House is now home to brilliant restaurants and the world-class Courtauld Gallery. Pore over masterpieces from van Gogh, Manet and Renoir, before taking a turn on their winter ice rink.

Regent’s Park. The largest Royal Park in the capital was designed by John Nash, the architect behind Buckingham Palace. As you’d imagine, it’s a grand affair, with a lovely lake, Regent’s Canal, banks of roses and London Zoo tucked away inside. It’s the most charming place to be in the city.

Emirates Air Line. If you want to soar high above the Big Smoke, this cable car will whisk you from the Royal Docks to Greenwich Peninsula, with staggering views of the Thames and the city. The ‘night flights’ after 7.00pm take twice as long and showcase the city bathed in light. 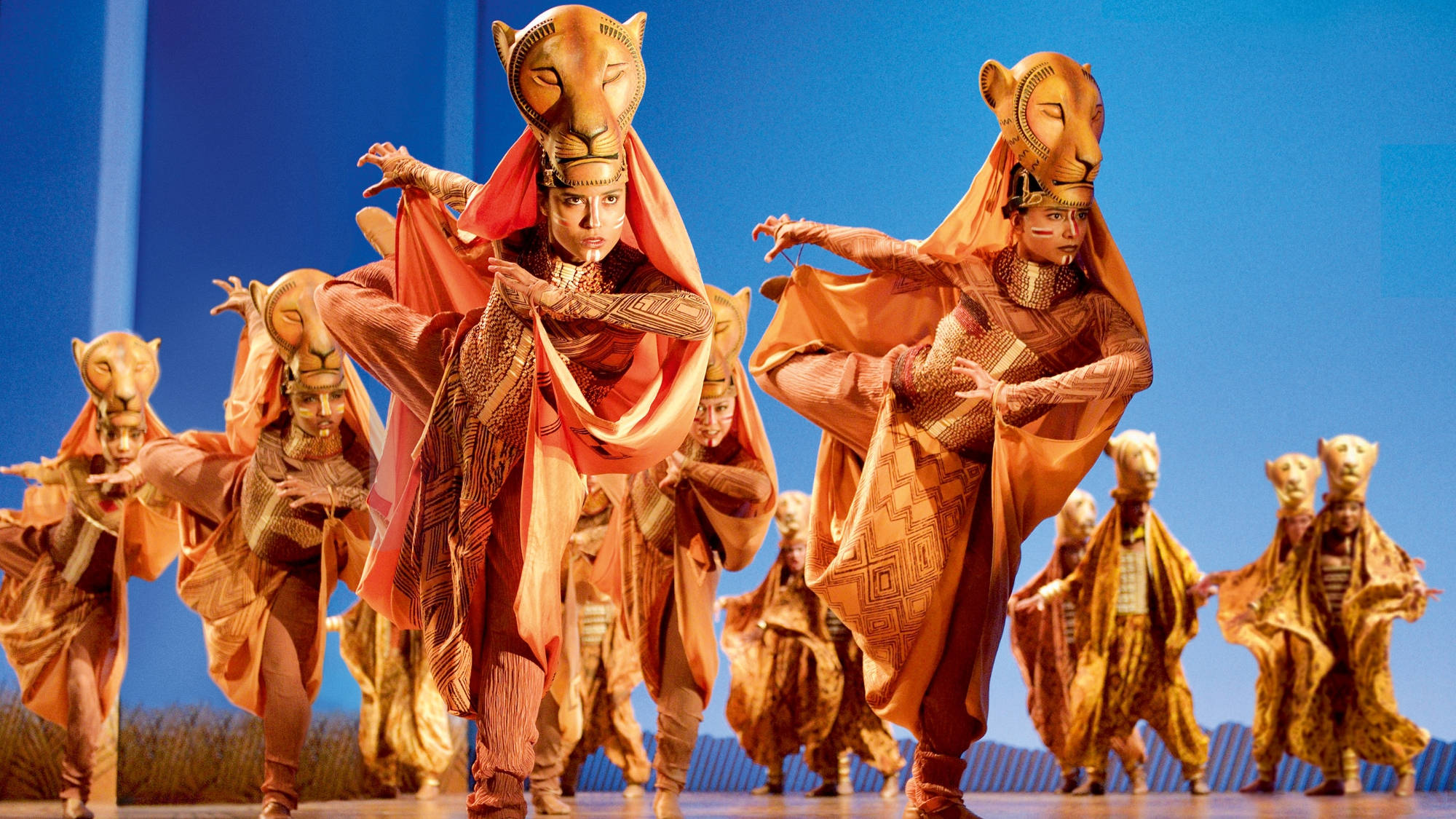 The Lion King. The Lion King has been at the Lyceum Theatre for over 20 years. Unforgettable songs, spectacular effects and grand staging mean this is a must-see in the West End. Elton John’s music and Tim Rice’s lyrics will make you want to sing along and the puppet-work is stellar.

Richmond Park. The views from Richmond Park are a national treasure. So much so, that there’s a law protecting them. This verdant paradise feels like it’s a world away from the capital. Herds of fallow and red deer roam, there are picnic spots aplenty and you can even do afternoon tea.

Shakespeare’s Globe. With a design based on the 16th-century original, there is no more authentic place to see a Shakespeare play than at The Globe. Standing in ‘the round’, you’ll feel like you’re in the same room as the bard. If you can’t get tickets, the guided Globe tour is a must. 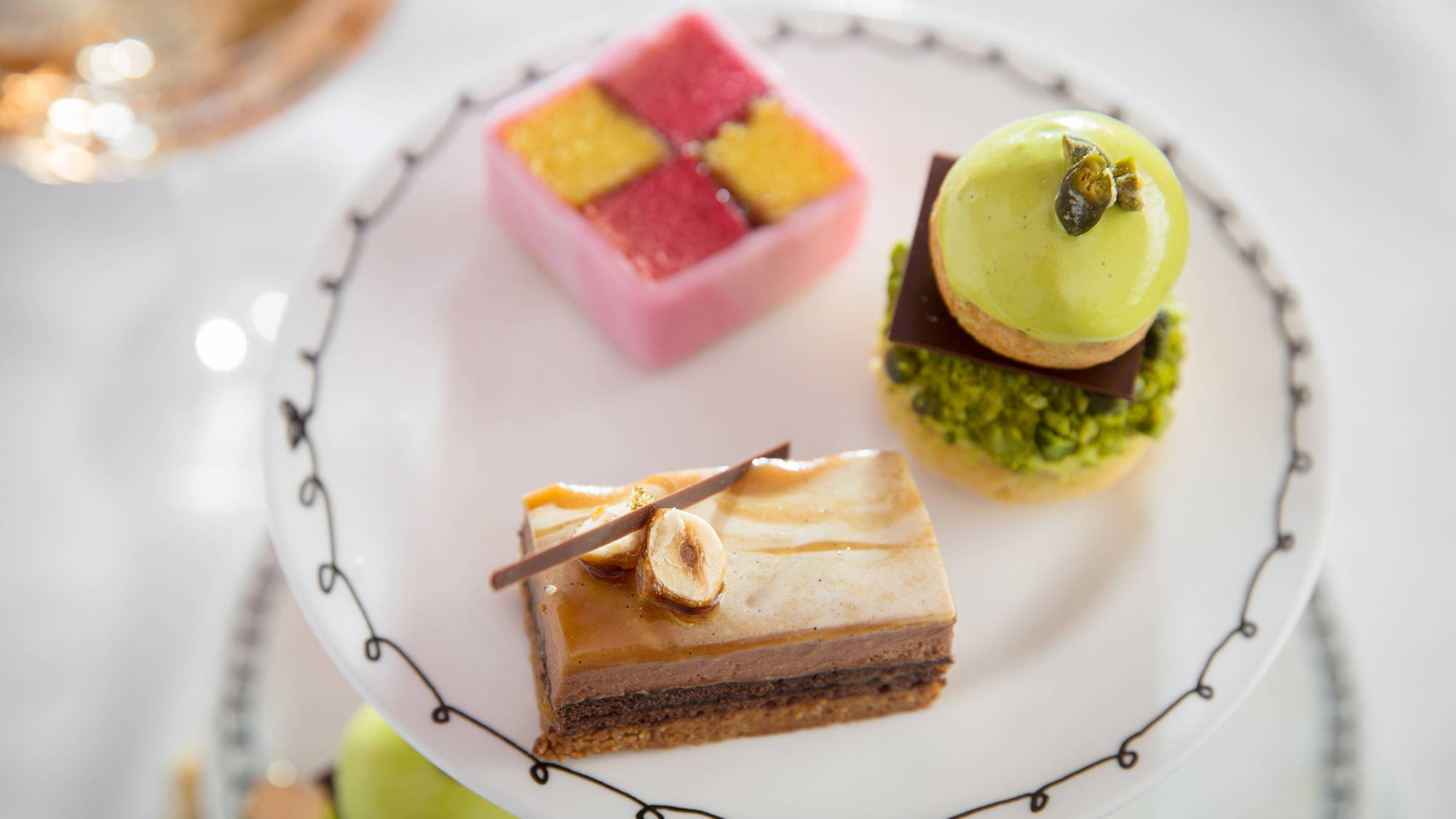 Sketch. There are four places to eat at Sketch, each crazier than the last. Get yourself into the Gallery for afternoon tea and sink into heavenly, soft fuchsia seats surrounded by David Shrigley prints. The tea itself is equally playful, with bergamot macaroons and truffle brioche buns.

Tower Bridge. Tower Bridge has long been an icon of London, familiar to people the world over, but the addition of a glass walkway has elevated it to another level. Step out onto the (very secure!) glass path, 42 metres above the Thames, and you’ll be treated to a dizzying view.

Borough Market. Feeling hungry? Borough Market is the foodie paradise you need to visit. Close to London Bridge, it has everything from oysters to artisan pizza, fresh produce and paella. There are dozens of places to dine, great pubs and stalls selling every food under the sun. 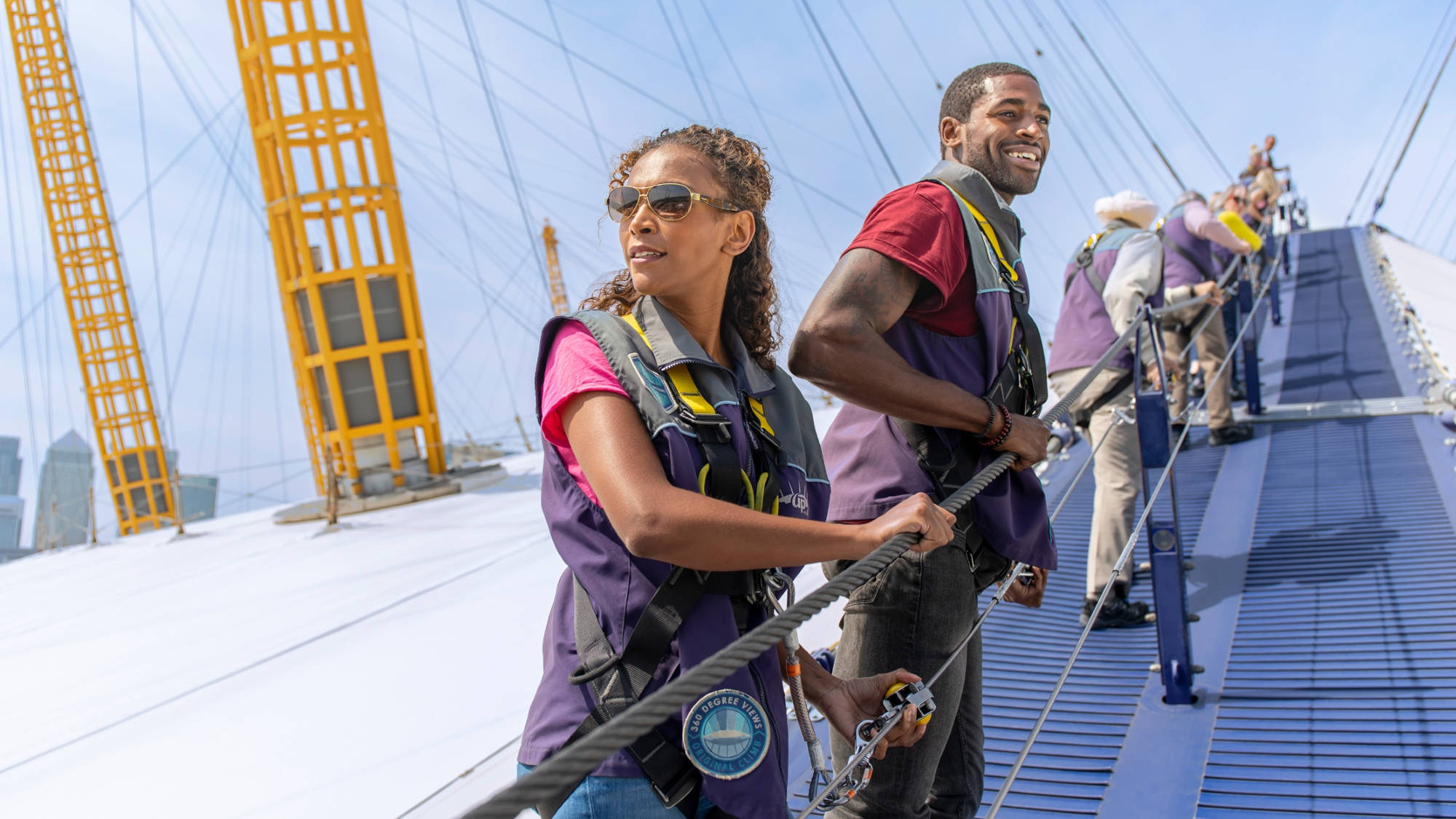 Up at The O2. Formerly known as Millennium Dome, the O2 Arena isn’t just home to A-list concerts and shows. It’s also home to a unique climbing experience. Book a ticket and ascend 52 metres to enjoy magical views. Come at twilight or sunset for an even better experience.

Bar Elba. Roof terraces aren’t just for summer. Up above the busy streets of Waterloo, Bar Elba is the place to go for cocktails, bottomless brunches and even cinema screenings. Brill burgers and tacos soak up the liquor, while at Christmas it transforms into a winter wonderland.

Covent Garden. There’s a spirit to Covent Garden Piazza that seems like a historical hangover from its days as a buzzing fruit-and-veg market. Now home to shops, restaurants and stalls, it retains an Italianate charm, and wandering the arcades here is one of London’s great pleasures. 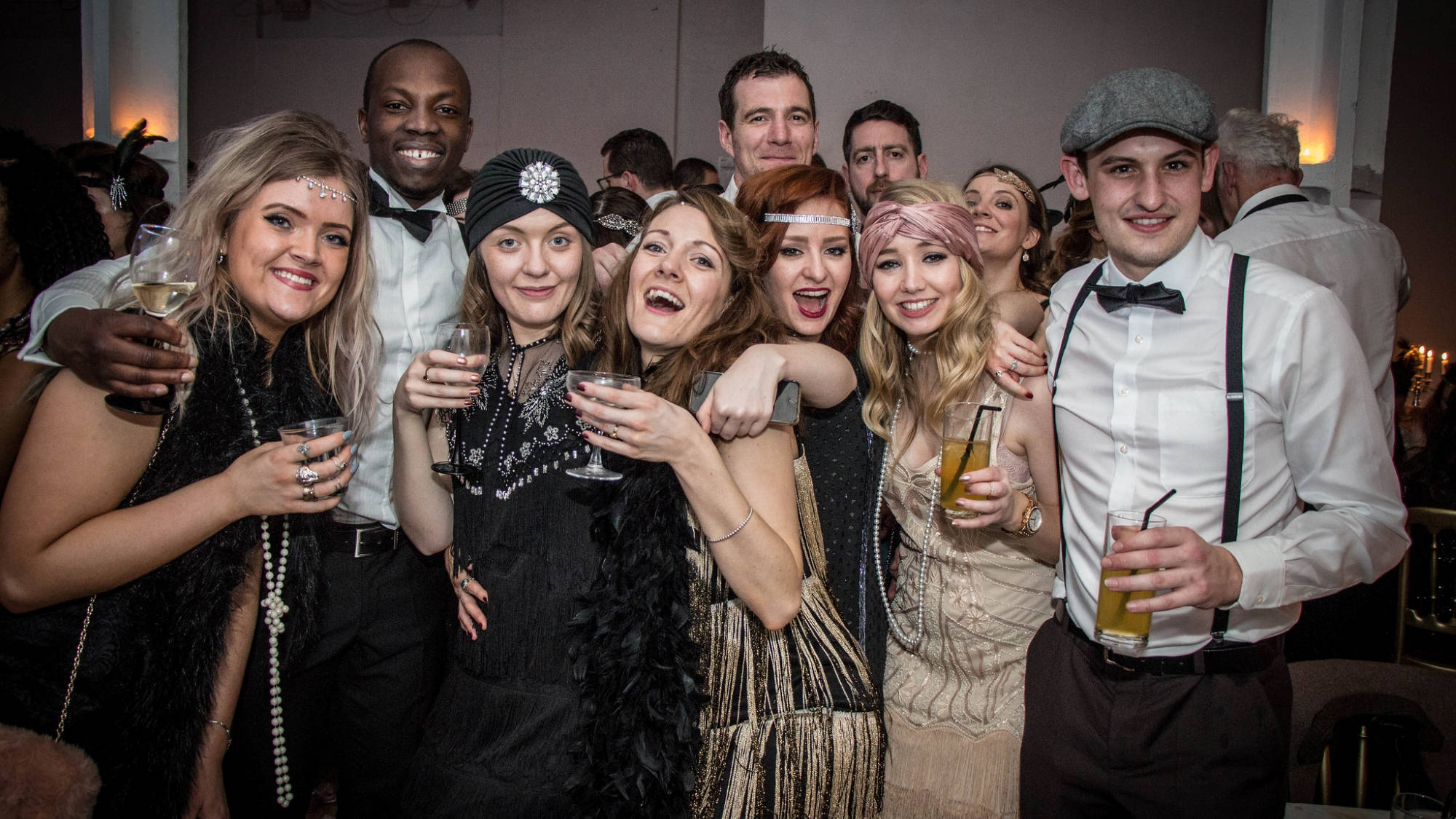 The Candlelight Club. The jazz and cabaret parties at The Candlelight Club are so mysterious you won’t even know where it’s taking place until after you’ve bought your ticket. They pop up in locations across the city, with a 1920s Prohibition theme that makes vintage finery compulsory.

Tate Modern. When the former Bankside Power Station was transformed into the Tate Modern, it instantly became a cherished landmark. You’ll be greeted by a changing array of installations in the Turbine Hall, while the galleries house modern art, from the sublime to the provocative. 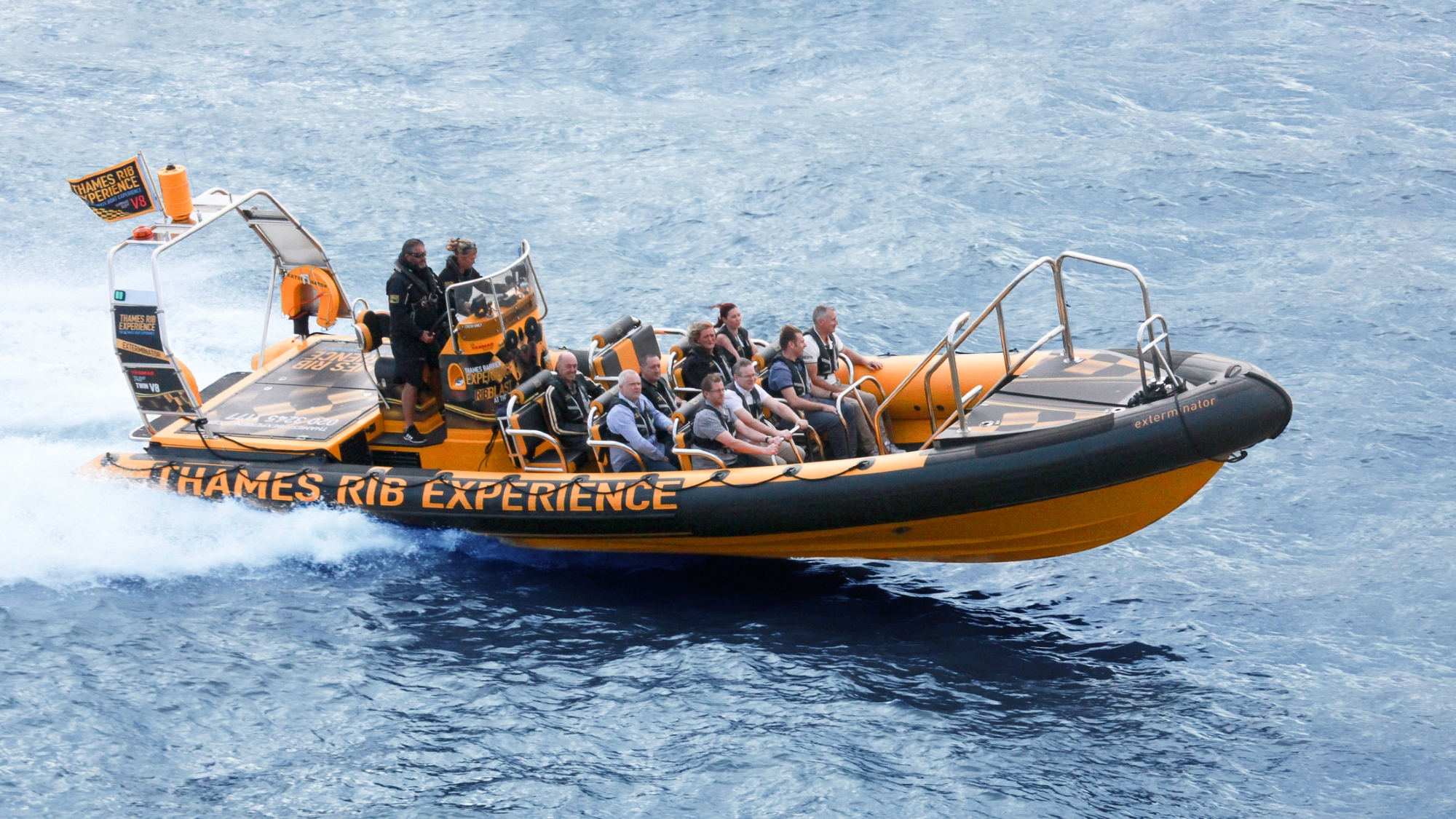 Thames RIB Experience. If you have the need for speed, book yourself a ride on the fastest speedboat in the capital! You’ll bomb down the Thames at speeds of up to 35 knots. There may be more sedate ways to see the city from the water, but none are as thrilling as this.

The Crystal Maze LIVE Experience. What could be more fun than pretending you’re on the classic 1990s TV show? Nothing, that’s what. This is all-out silly fun, as you work together to overcome tricky puzzles against the clock before taking on The Crystal Dome.

The London Eye. Opened to mark the millennium, the London Eye is a popular attraction on the banks of the River Thames. Step into one of the pods and you’ll enjoy a 30-minute ride, reaching a height of 135 metres. See for miles round with an aerial view of the Houses of Parliament. 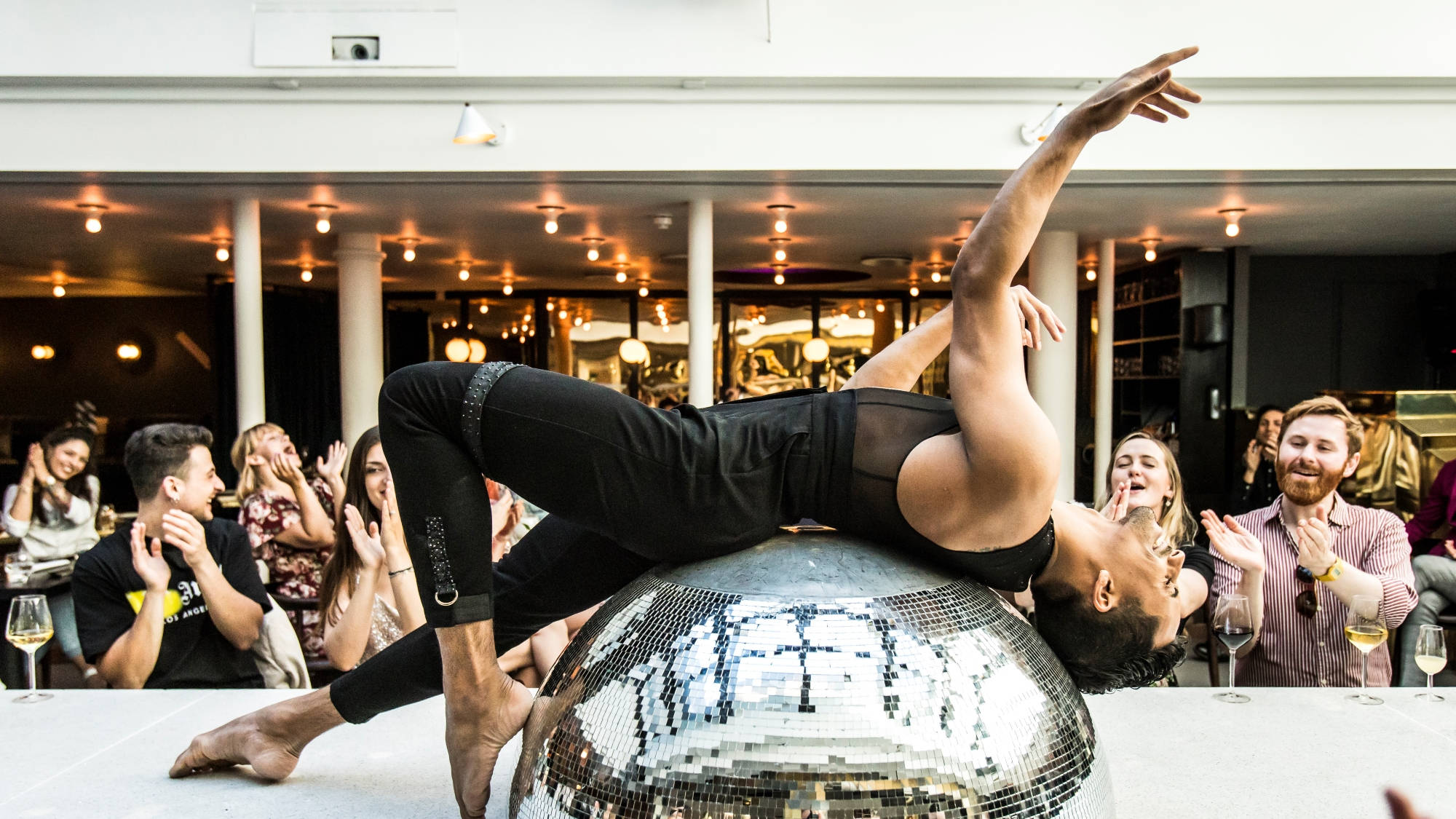 Circus. Very few bottomless brunch locations come complete with fire-breathers, trapeze artists and contortionists – but Circus does! This is a restaurant and bar that delivers cabaret-style entertainment as you feast on dim sum, yellow chicken curry and limitless bubbles or beer.

KidZania. If you’re in London with the kids, make a beeline for KidZania. Here, the little ones can do all the role-play they could ever wish for in a scaled mini-city that they get to run. Whether you’ve got potential pilots or soon-to-be surgeons, this is a day they’ll never forget.

Opium. This secret cocktail bar will spirit you away to a distant past, with a stylish 1920s Shanghai theme that never fails to impress. The drinks are clever and quaffable – think updated Coconut Negronis, oriental ingredients aplenty and all the Insta-worthy flair you could wish for.

Ronnie Scott’s. A staple of the Soho streets since the 1950s, Ronnie Scott’s is the archetypal jazz club. Book yourself a table and you’ll find cosy booths, perfect lighting and an ever-changing programme of performances from jazz artists both legendary and up-and-coming.

The Victoria & Albert Museum. With well over 100 wonderfully diverse galleries to explore, it will take multiple visits to see all of the treasures the V&A holds. Highlights of one of the world’s best museums include the Cast Room, Renaissance Galleries and the Great Bed of Ware.

Charlie and the Chocolate Factory Afternoon Tea. There’s lots to love about this whimsical Roald Dahl-inspired afternoon tea at the One Aldwych Hotel. After superb sliders and sandwiches, you’ll tuck into violet marshmallows and a smudge milkshake mixed by waterfall. 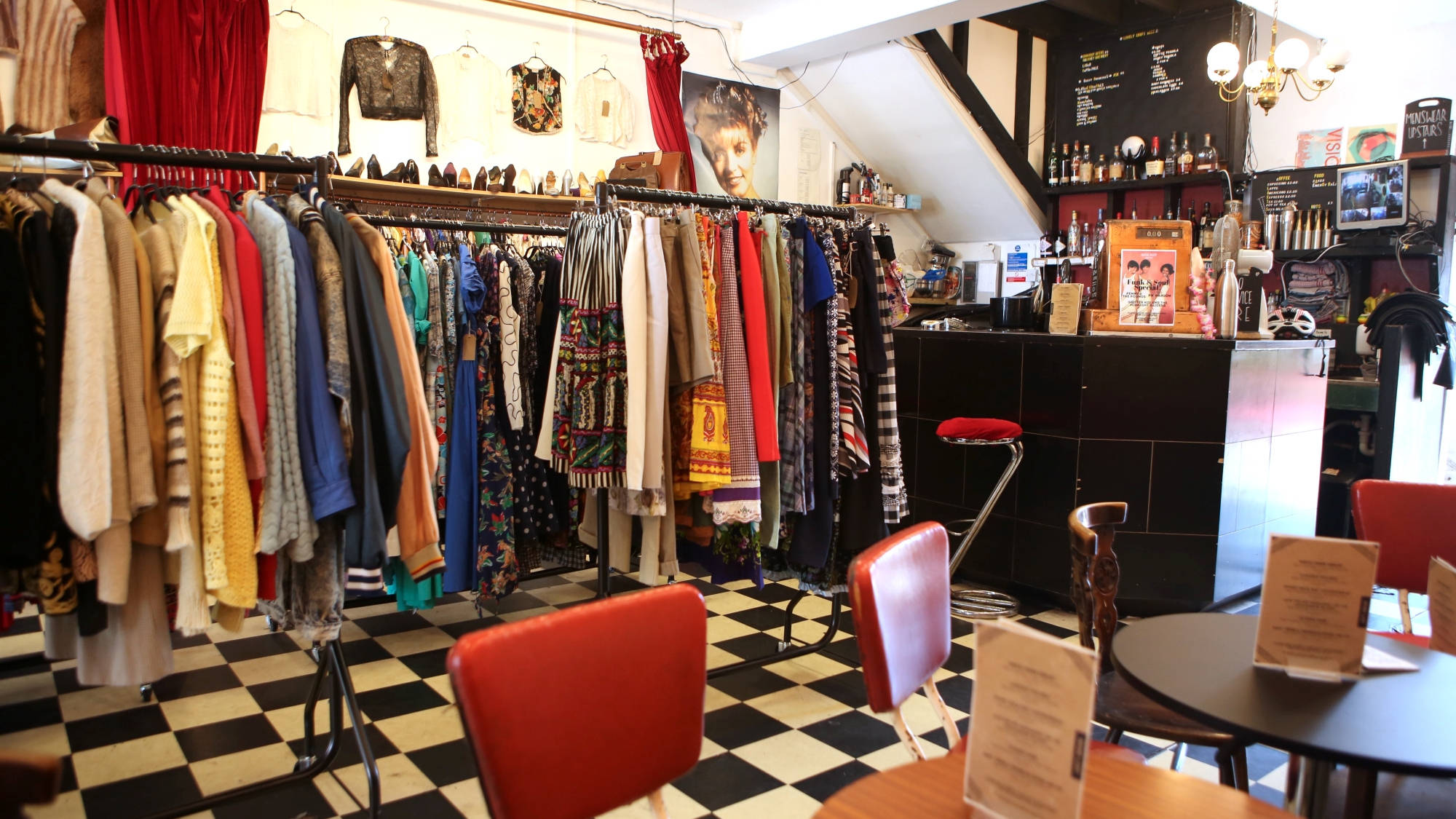 Paper Dress Vintage. A shop in the daytime, a buzzing bar at night, Paper Dress Vintage oozes cool whatever time you pop in. Peruse carefully curated vintage clothing with a range that spans from 1900 to the 1980s. Then return after dark for live music, craft beers and cocktails.

Tower of London. Take a trip through centuries of royal history at the Tower of London. You can freestyle it, but join a Yeoman Warder tour and the history will come alive in vivid detail. See priceless jewels, the legendary ravens and Henry VIII’s battle armour, all in one place.

Rules. There’s mostly meat on the menu at Covent Garden’s Rules, the oldest restaurant in the city. It’s been serving up meals since 1798, with a focus on British classics and game. You can feast on venison, sugar-cured bacon chops and rib-sticking desserts like sticky toffee pudding.

Shoot down to the capital for just £30 each way!

London is just 2 hours and 16 minutes away by train*. That’s the equivalent of a hit West End show (which, by the way, is a great reason to go). So what are you waiting for? Book now and enjoy: