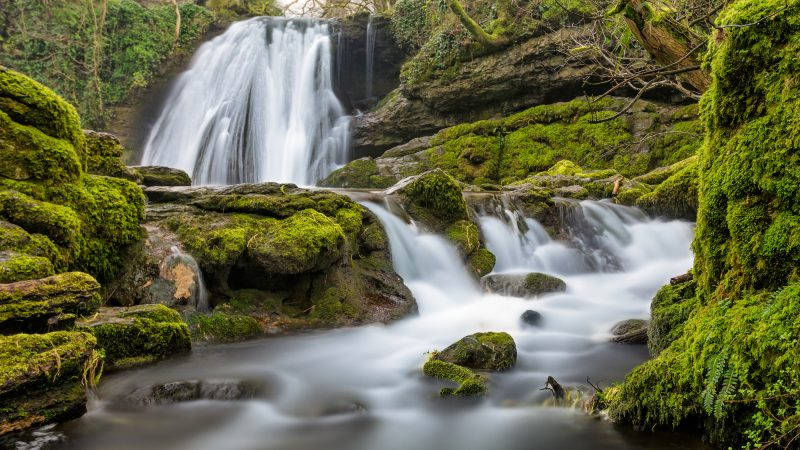 If you’ve ever wondered why Yorkshire is known as God’s Own County, these natural wonders will provide all the proof you need. From England’s largest naturally-formed hole to incredible hills, amazing rock formations and stunning tidal islands, the region is covered in breathtaking landmarks that make for the perfect day out. Take a look and get inspired… 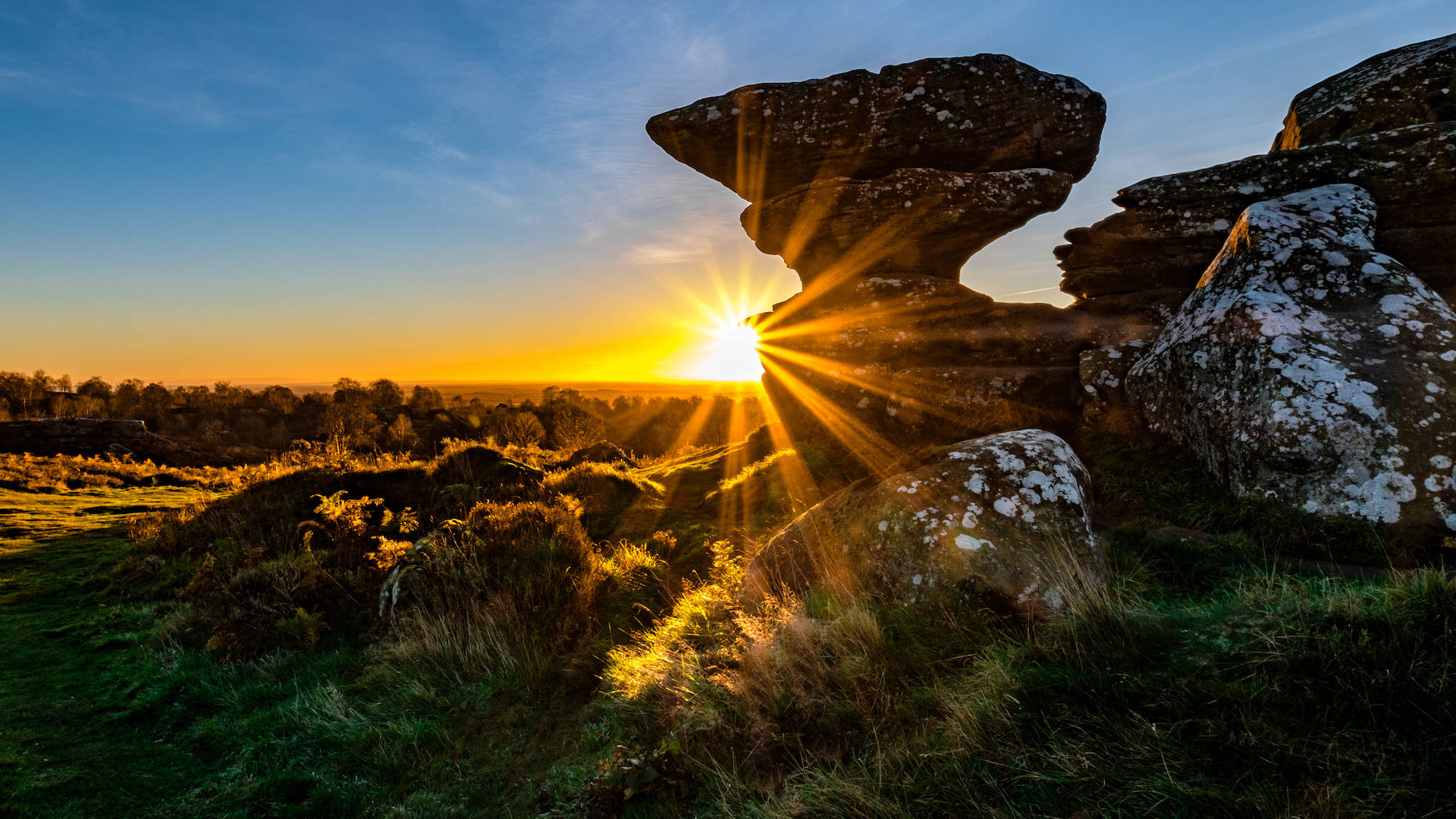 Brimham Rocks is one the finest natural wonders in Yorkshire. These balancing rock formations are set amidst the awe-inspiring landscape of God’s Own County. They’ve slowly formed over thousands of years as the millstone grit has been eroded by water, glaciation and wind. Wander across heather moorland and through beautiful woodlands to see if you can spot The Dancing Bear, The Eagle and The Gorilla. 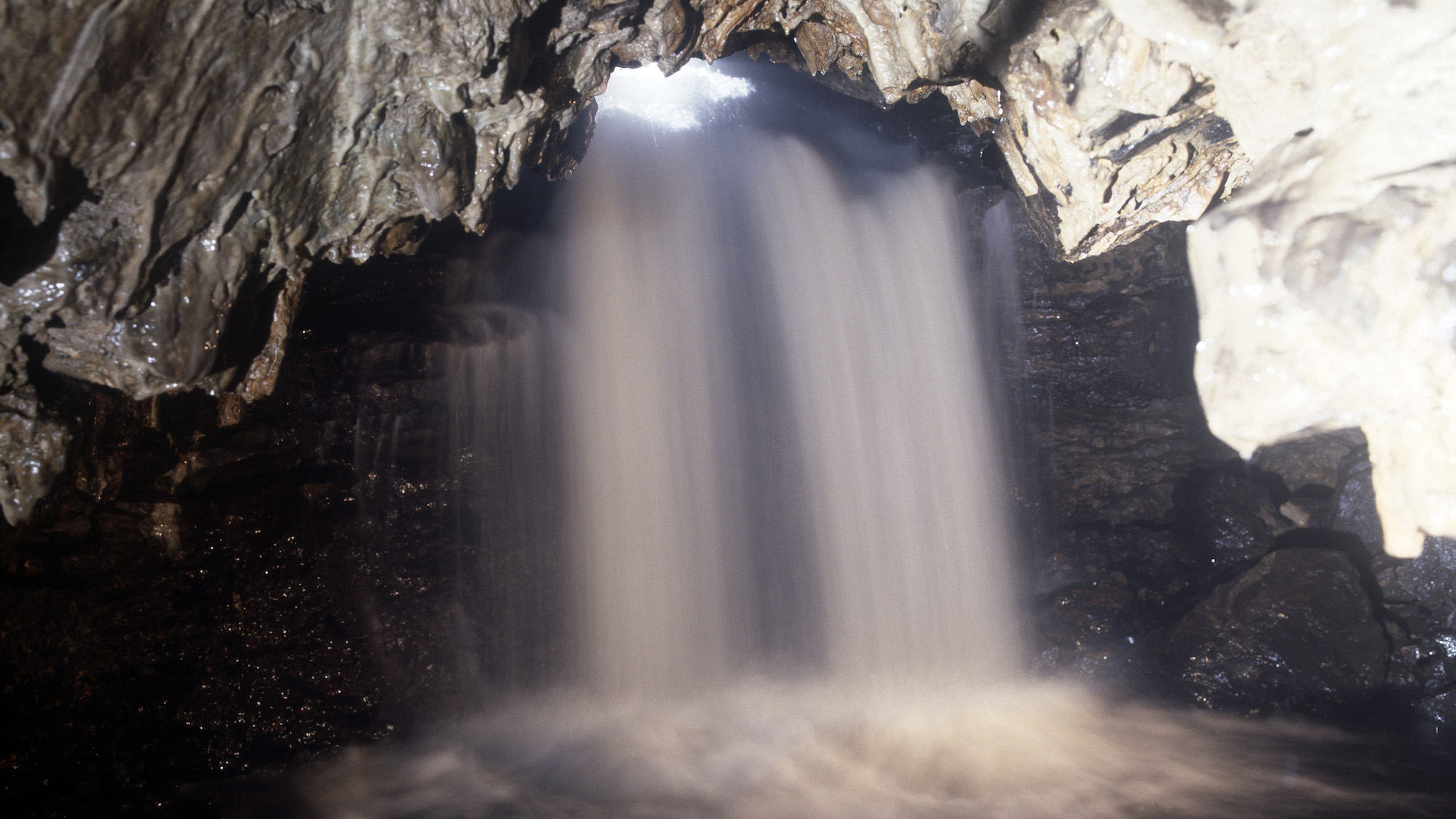 Since they were discovered in 1923, the White Scar Caves have become one of Yorkshire’s must-visit natural wonders. Inside, you’ll pass underground waterfalls, prehistoric mud pools and unique rock formations, many of which take the form of familiar things, like The Witch’s Fingers and The Face. As you go deeper and deeper into the caves, you’ll uncover man-made tunnels and squeeze through tight spots on your way to the epic Battlefield Cavern. 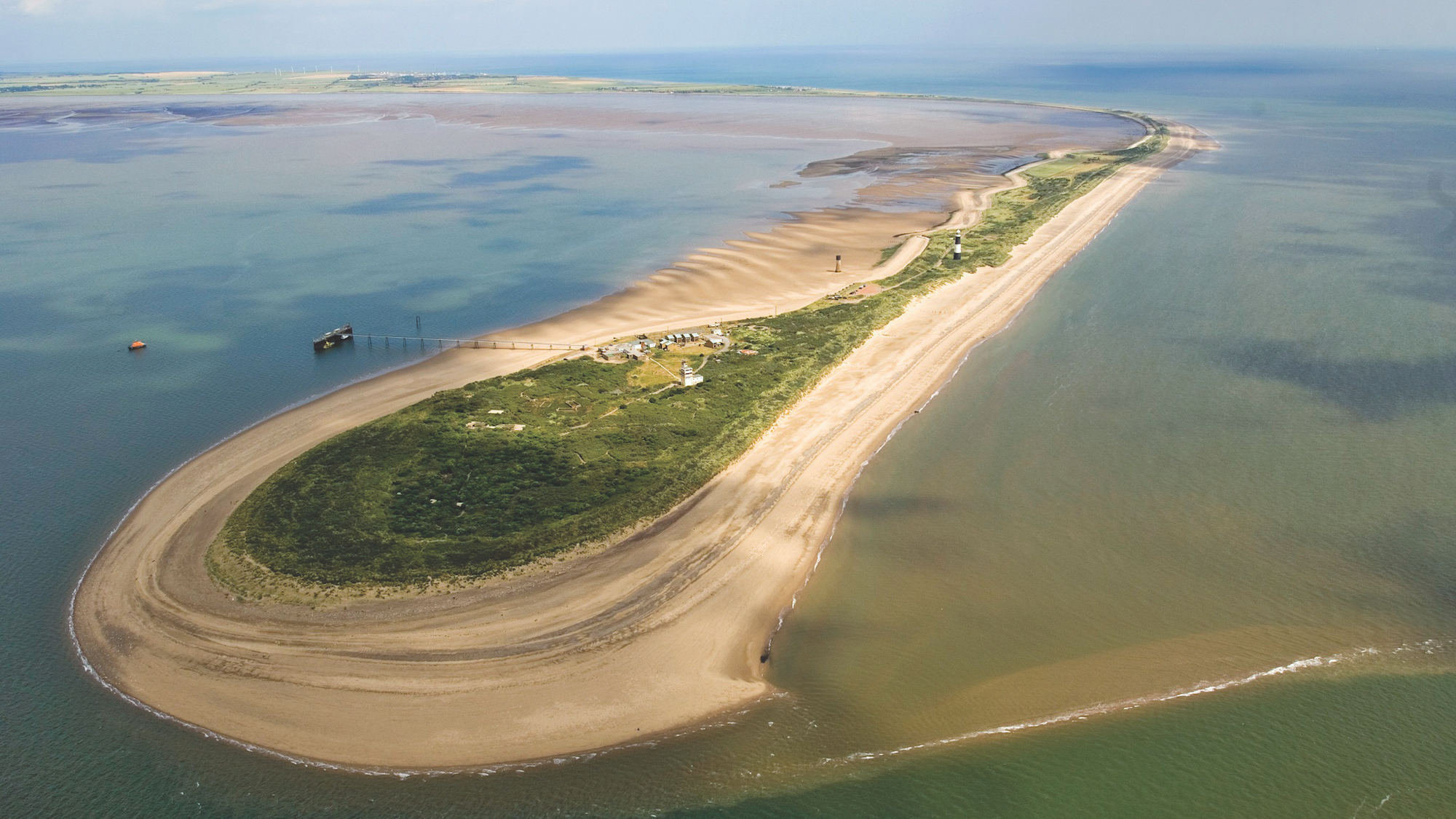 Spurn Point is a sand spit at the top of the East Yorkshire coast. When the tide comes in on the Holderness Coast, it forms Yorkshire’s only tidal island, but when the tide is out, you can take the 3.5-mile walk out to its furthest tip. Enjoy incredible views as you walk across mudflats, aged sand dunes and chalk grassland. It doubles as a nature reserve, so look out for the wide range of wildlife that calls Spurn Point home. 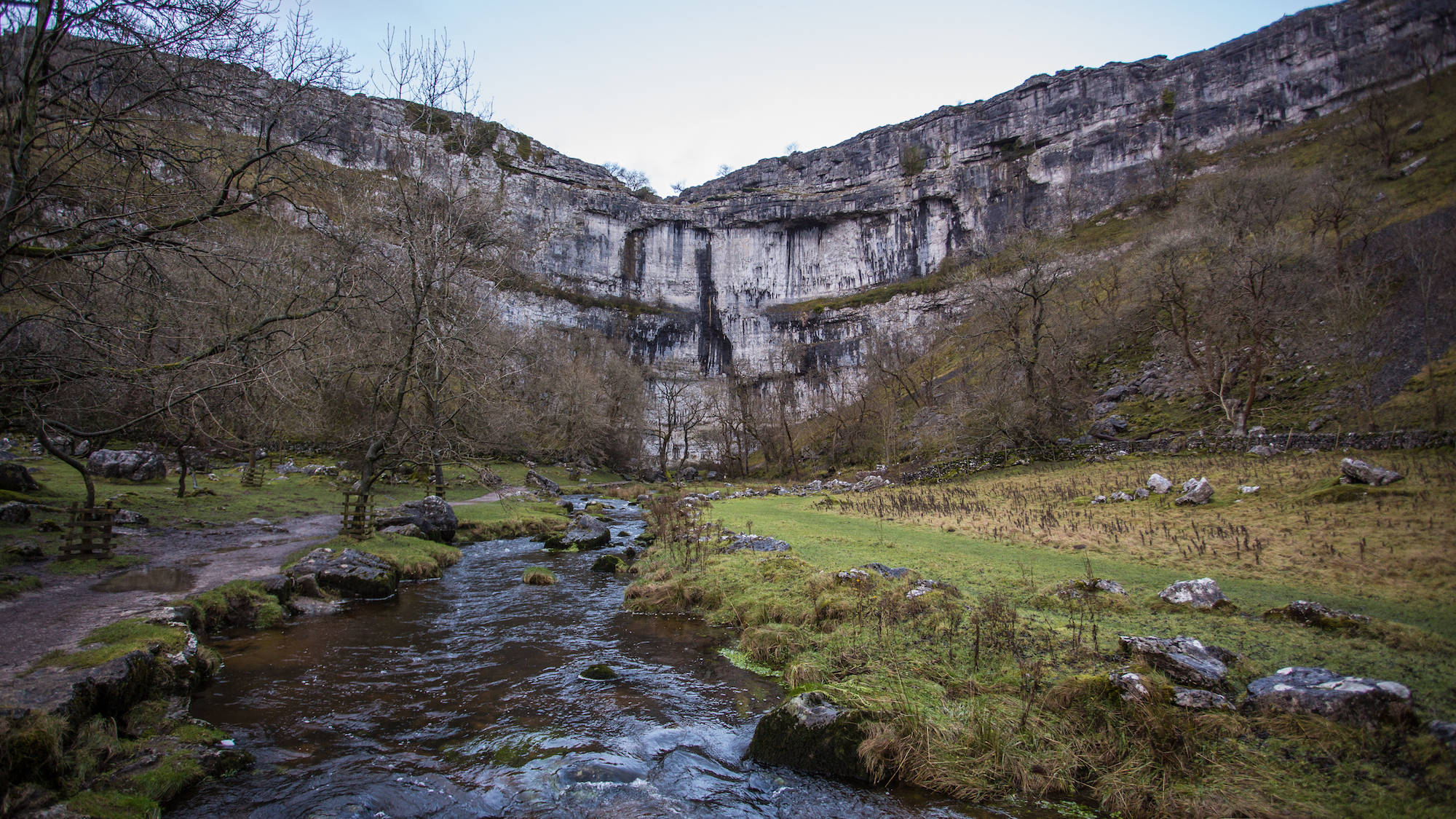 Malham Cove is one of Yorkshire’s most stunning natural wonders. This huge limestone scar was once covered in glacial ice sheets, which shattered and formed the cracks on the iconic pavement at the top. It’s a popular spot for rock climbers, but if you’d prefer a less stressful route to the top, you can take the steps. Spectacular views across Malhamdale await, and if the weather turns, you might even see it transform into the tallest unbroken waterfall in England. 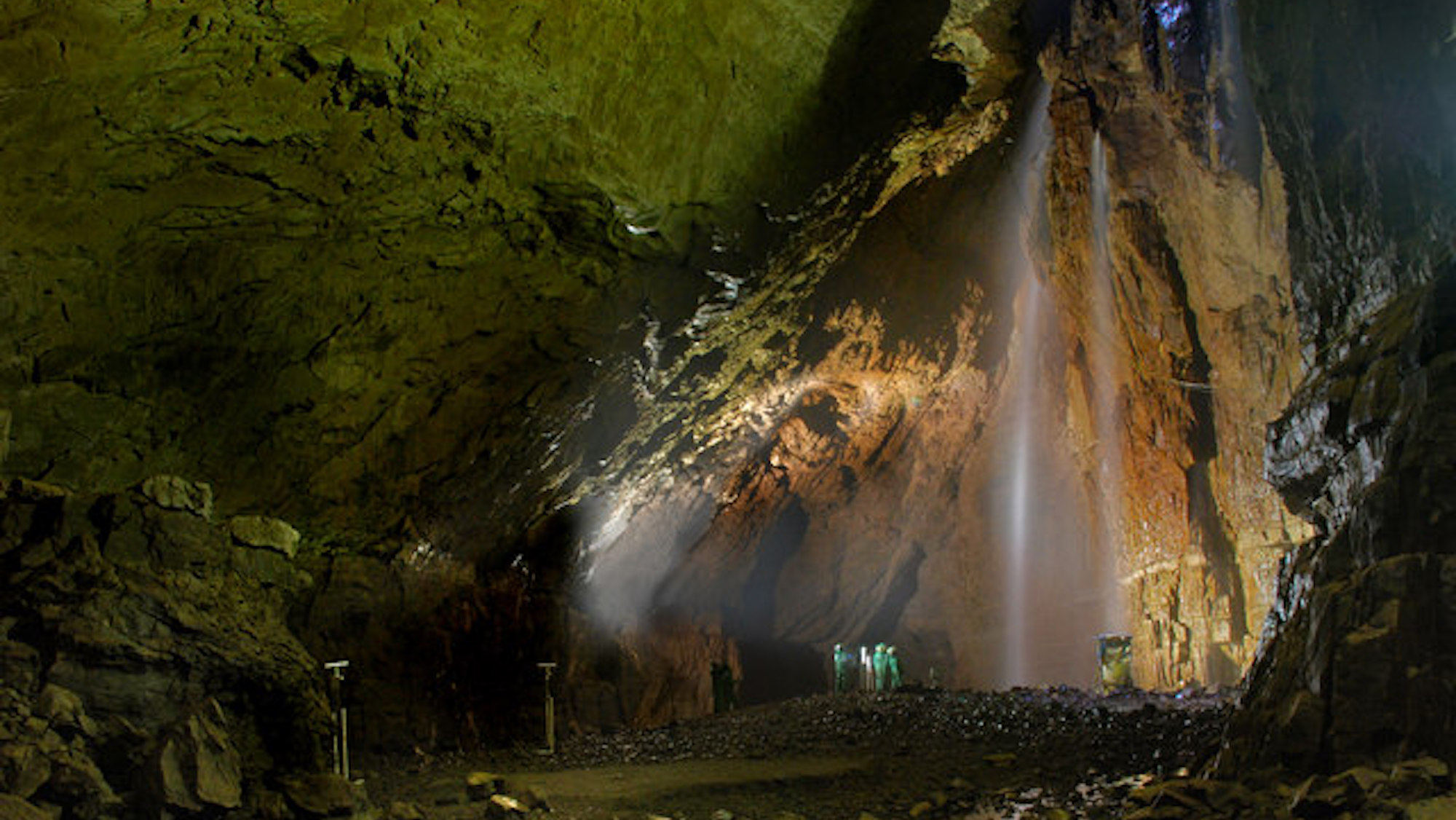 You’ll find Gaping Gill deep in the heart of the Yorkshire Dales. It’s one of Britain’s biggest underground chambers at 650-feet deep, but it’s more than just a cave. It’s also home to the enormous Fell Beck Waterfall. This torrent of white water rushes over a rock lip at the top of the main cavern, falling 320 feet into the pool below – that’s twice the height of Niagara Falls! Guided trips are recommended for all but the most experienced potholers. 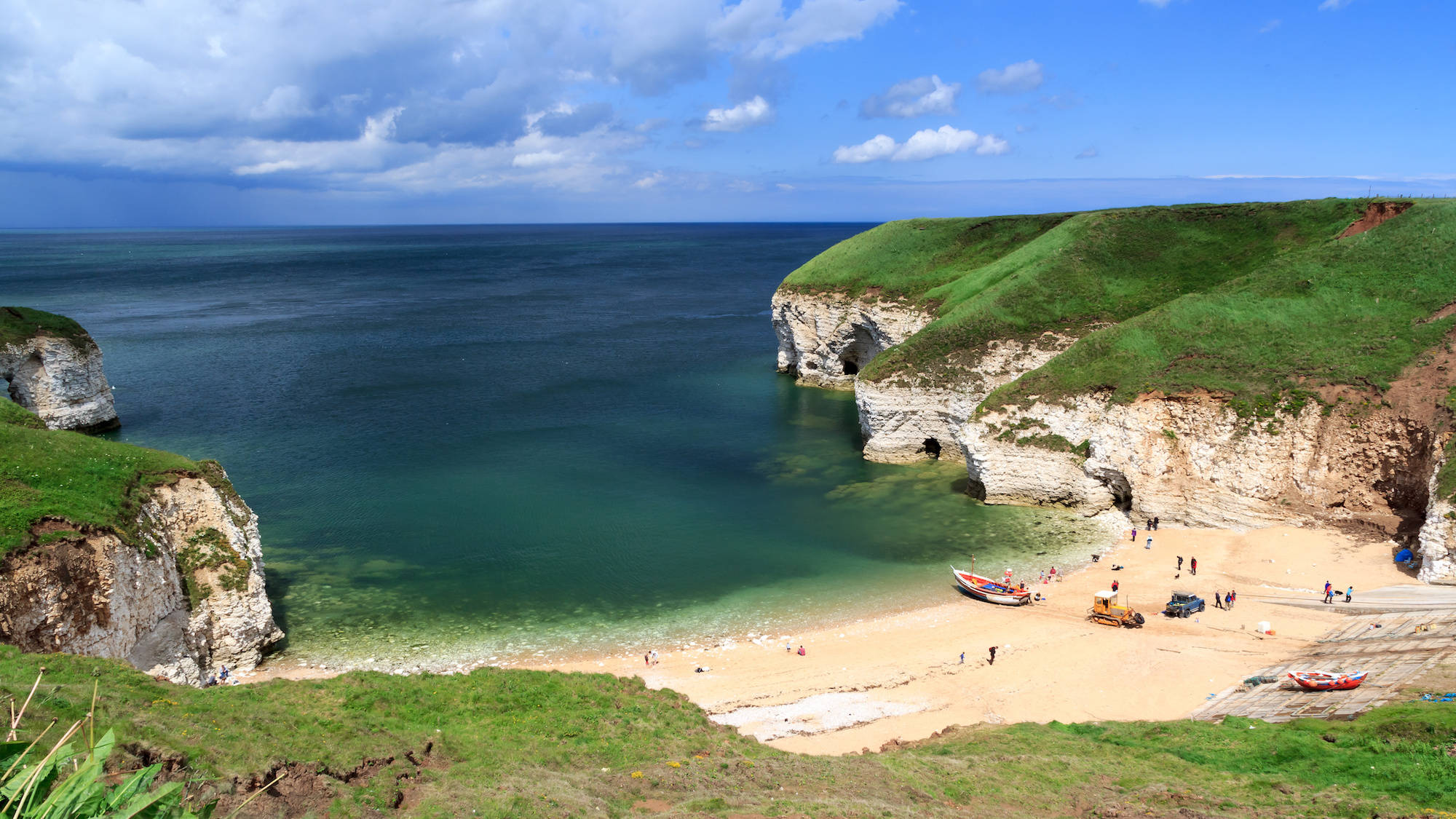 Nestled between Filey and Bridlington, Flamborough Head is one of the greatest natural beauty spots on the East Yorkshire coast. The famous white cliffs stand 400 feet above sea level, stretching from Bempton all the way to South Landing. Coves and sea caves line the shore, and you can see the lonely, jagged columns that were once part of the coastline pierce the water. A large swathe of the headland is now a nature reserve, so keep an eye out for local wildlife.

You can see six waterfalls, a gorge and a glen all in one go on the Ingleton Waterfall Trail. It offers 4.3 miles of scenic hiking across the Yorkshire and Cumbria border. You’ll follow the River Twiss to Pecca Falls and Hollybush Spout before you reach Thornton Force, which thunders 46 feet into the river below. Then you’ll climb towards Twistleton Scar, before visiting Beezley Falls, Triple Spout, Rival Falls and Snow Falls. 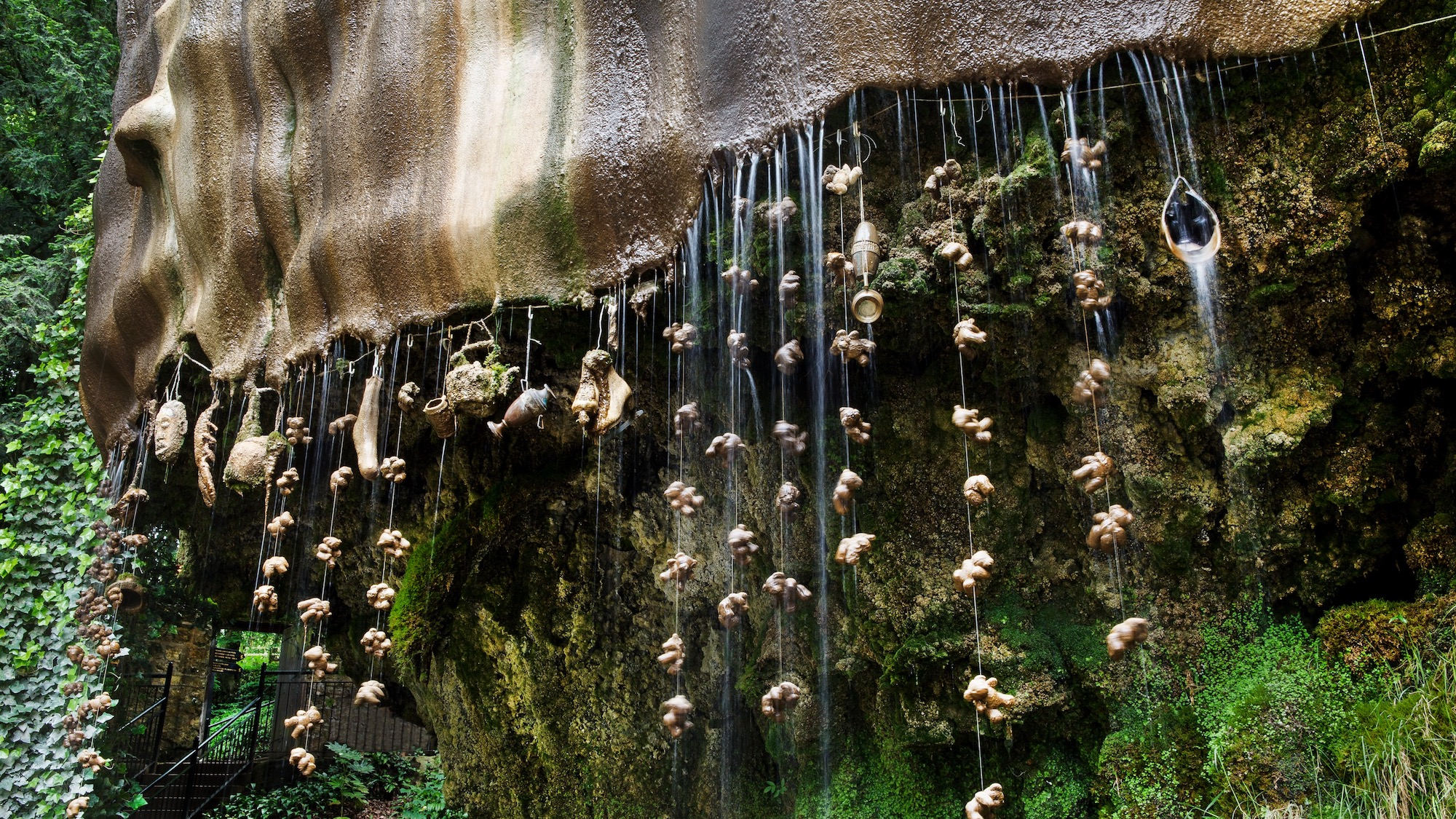 Mother Shipton’s Cave is one of England’s oldest tourist attractions. It gets its name from a prophetess who was raised in the cave and was said to be a witch, but that’s just one of the reasons to visit. The water inside is rich in sulphate and carbonate, so it covers everything in a thick silt coating that looks like stone. People leave objects like teddies and hats hanging to be entombed for eternity, earning the cave it’s other name – The Petrifying Well. 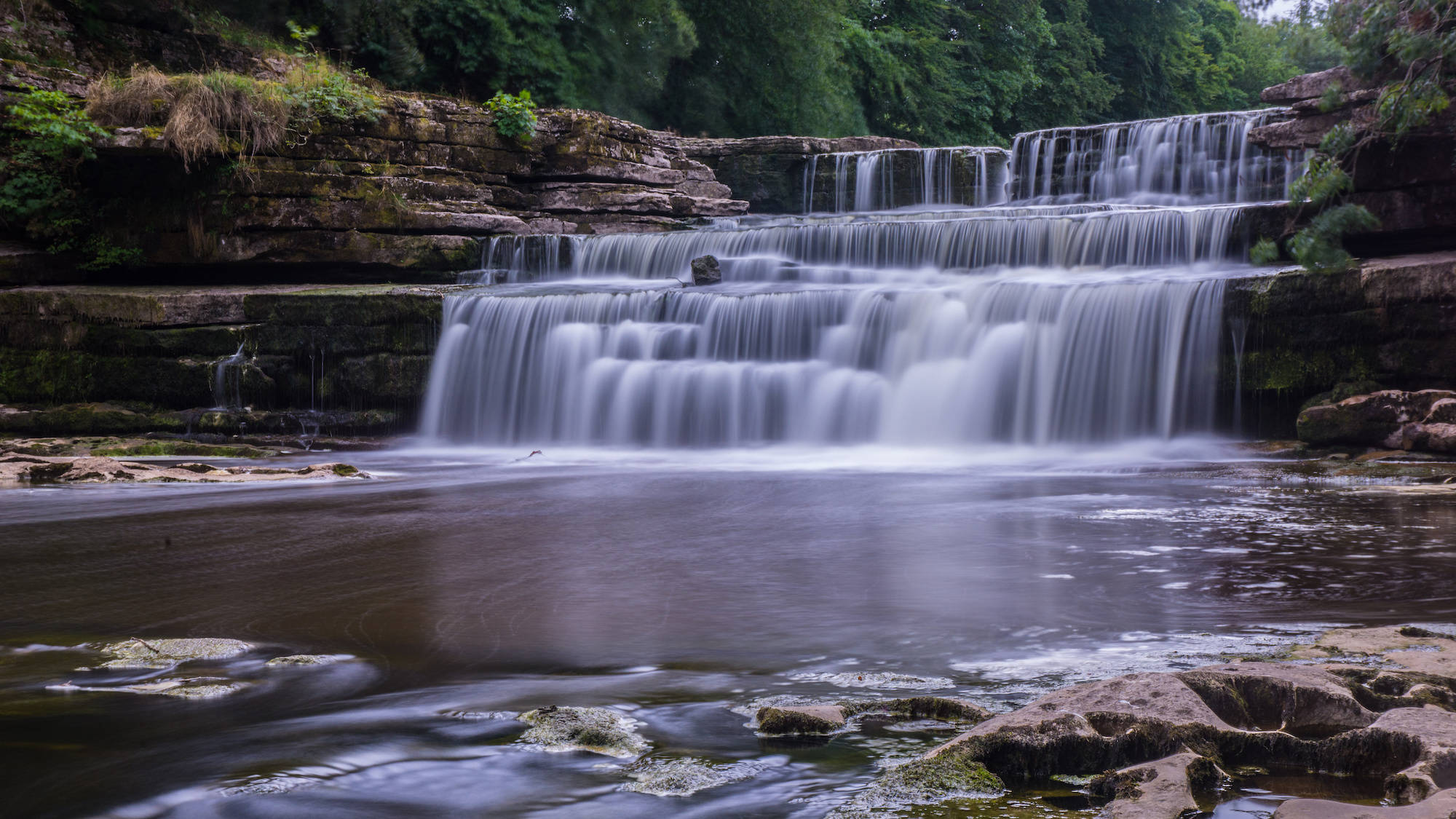 The roaring triple waterfalls that make up Aysgrath Falls have been attracting tourists for over 200 years. It’s inspired many a famous artist, including Turner himself, and Wordsworth spent his honeymoon here. Take one of the many well-signposted routes up to the falls to soak up the staggering views. When you’re done, make your way back to the start, spotting birds and deer in Freeholders Wood Nature Reserve as you go. 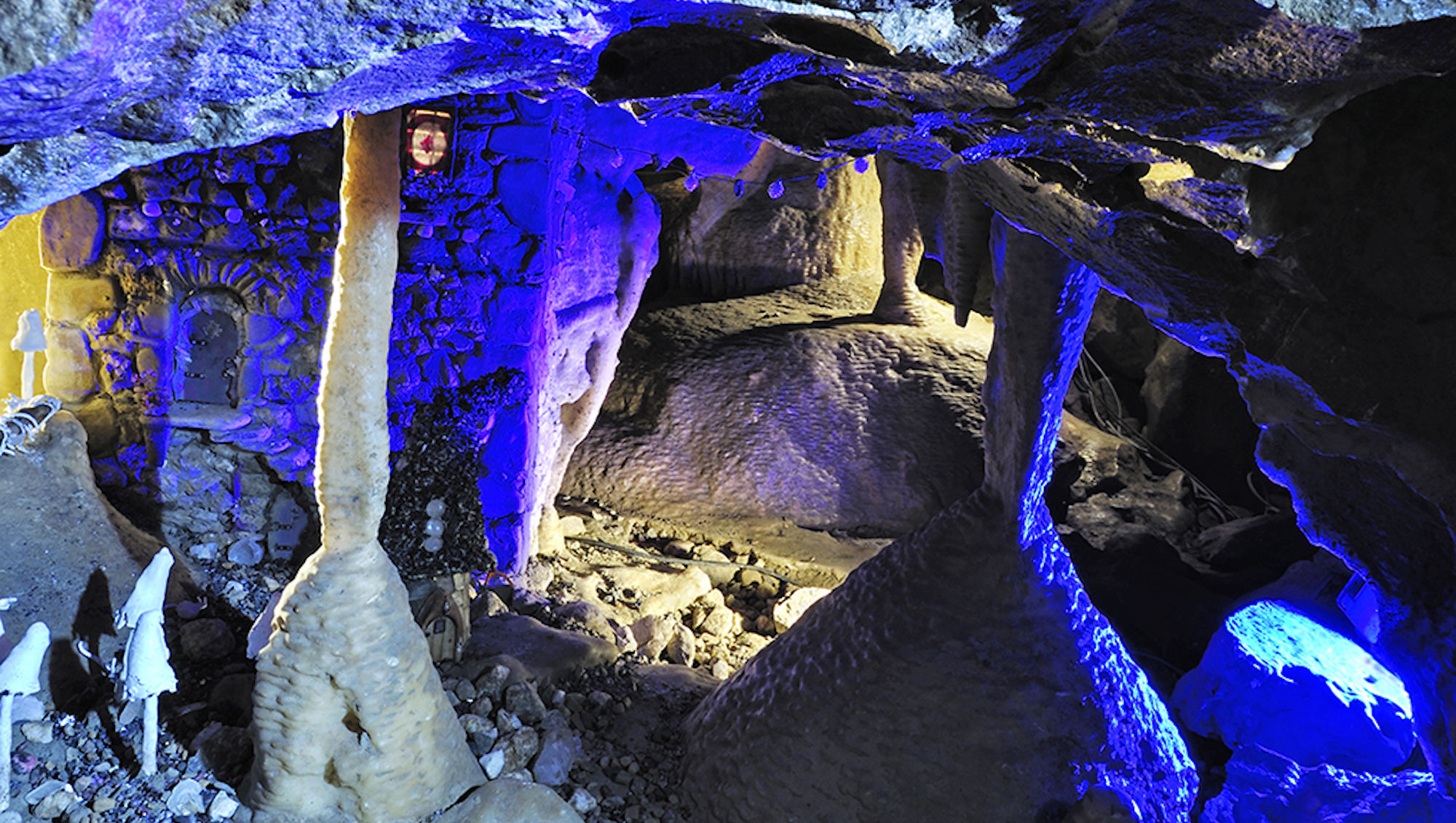 Right in the heart of Nidderdale, Stump Cross Caverns provides the perfect subterranean day out in Yorkshire. You can explore the complex web of walkways and chambers as you descend 65 steps below the earth. These ancient natural caves are home to prehistoric animal remains and a series of unique limestone formations that have been created out of the rock by underground stream erosion over the course of millions of years. 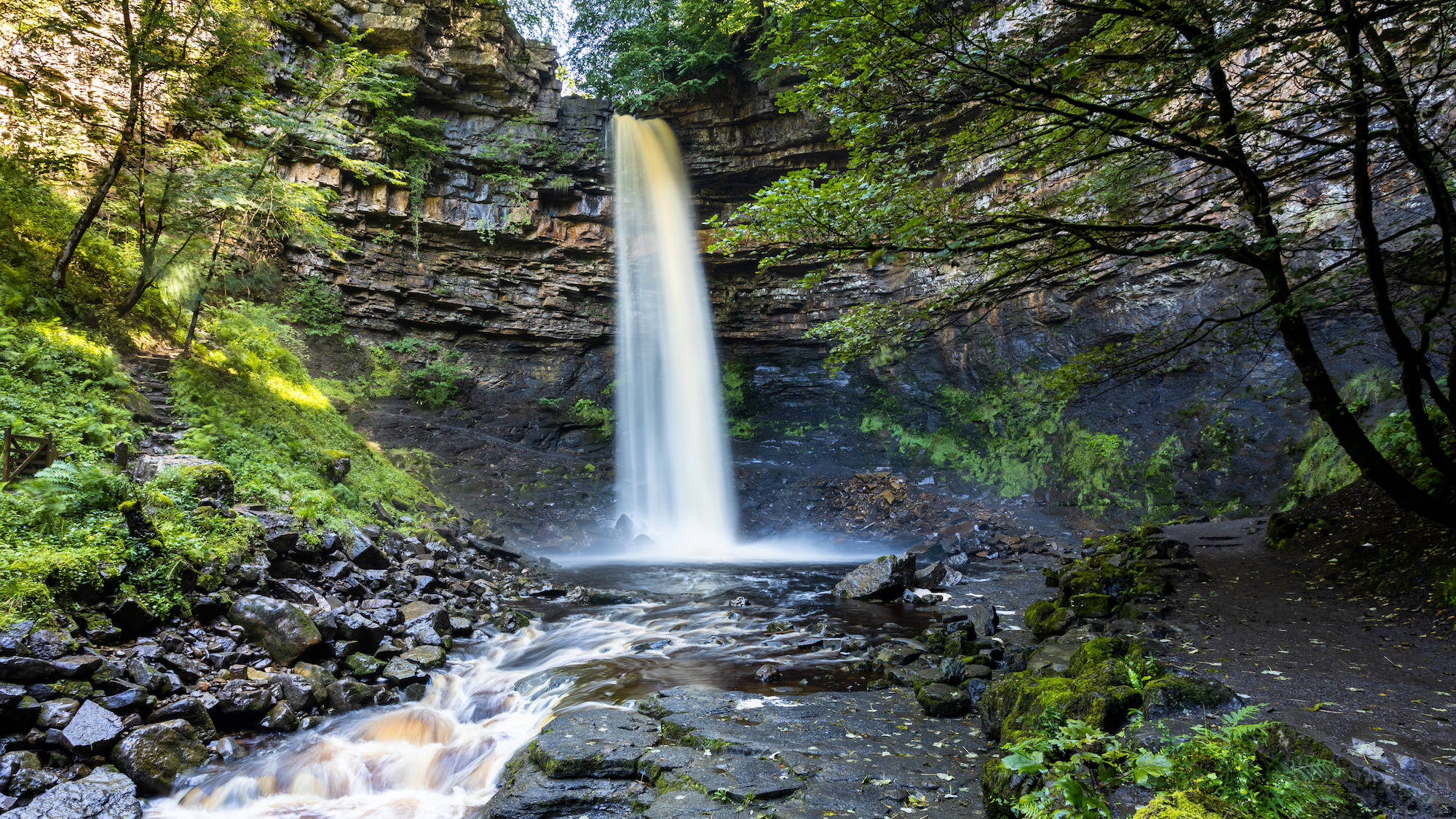 Hardraw Force is one of Yorkshire’s greatest natural wonders. The highest single-drop waterfall in England, it descends almost 100 feet. This is a true sight to behold and one you might already be familiar with – film buffs will recognise it from Kevin Costner’s bathing scene in Robin Hood: Prince of Thieves. It’s also inspired countless writers and artists over the years with its slim, high-pressure fall tempting many a famous visitor. 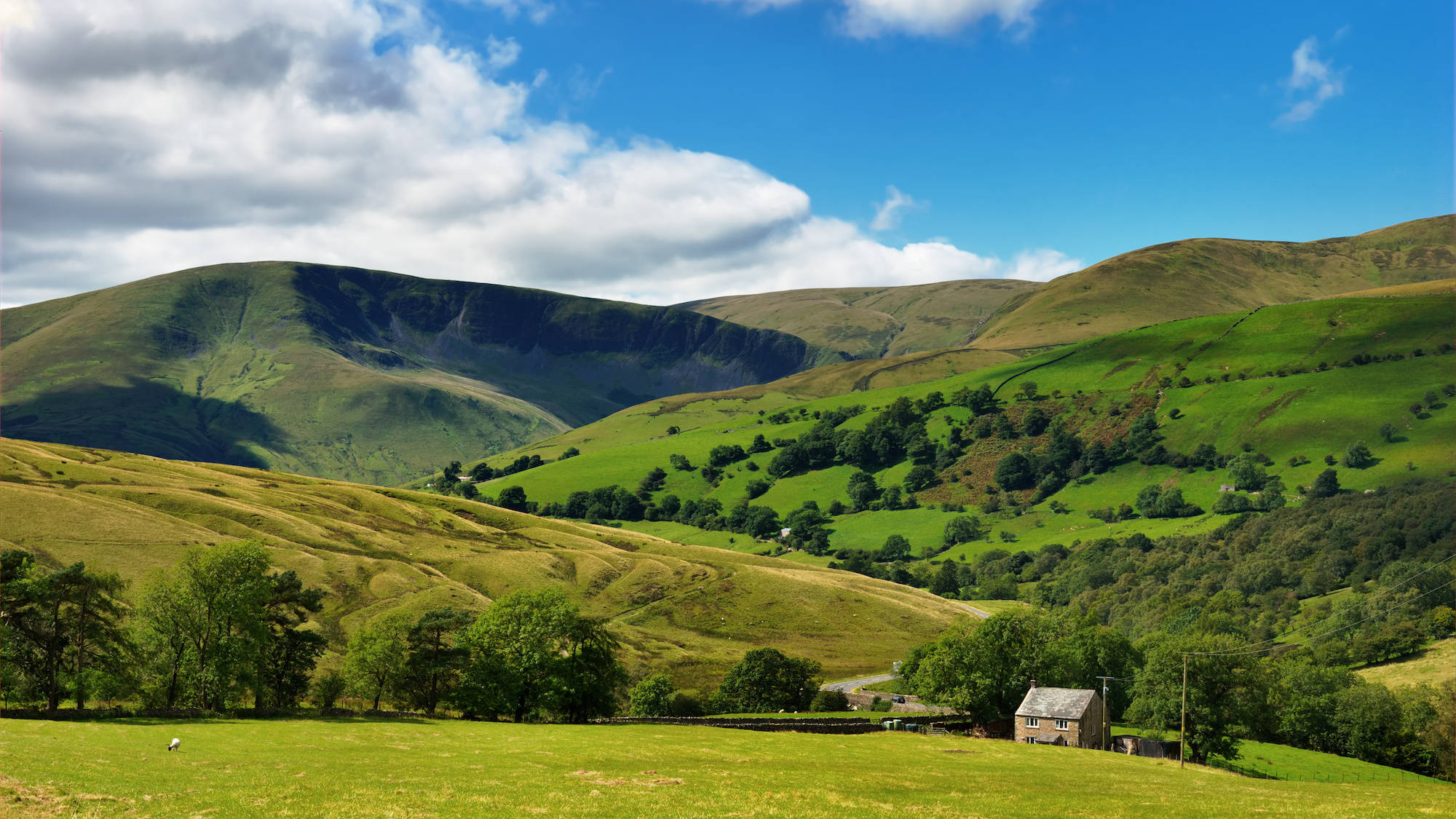 The Howgill Fells are a series of picturesque hills straddling the border between the Yorkshire Dales National Park and Cumbria. They offer spectacular views over the Lake District in one direction and Yorkshire in the other. You can see the Three Peaks in the distance on a clear day, as well as the River Lune and River Rawthey as they carve their way through the landscape. They’re also home to Cautley Spout, one of England’s highest and most dramatic waterfalls. 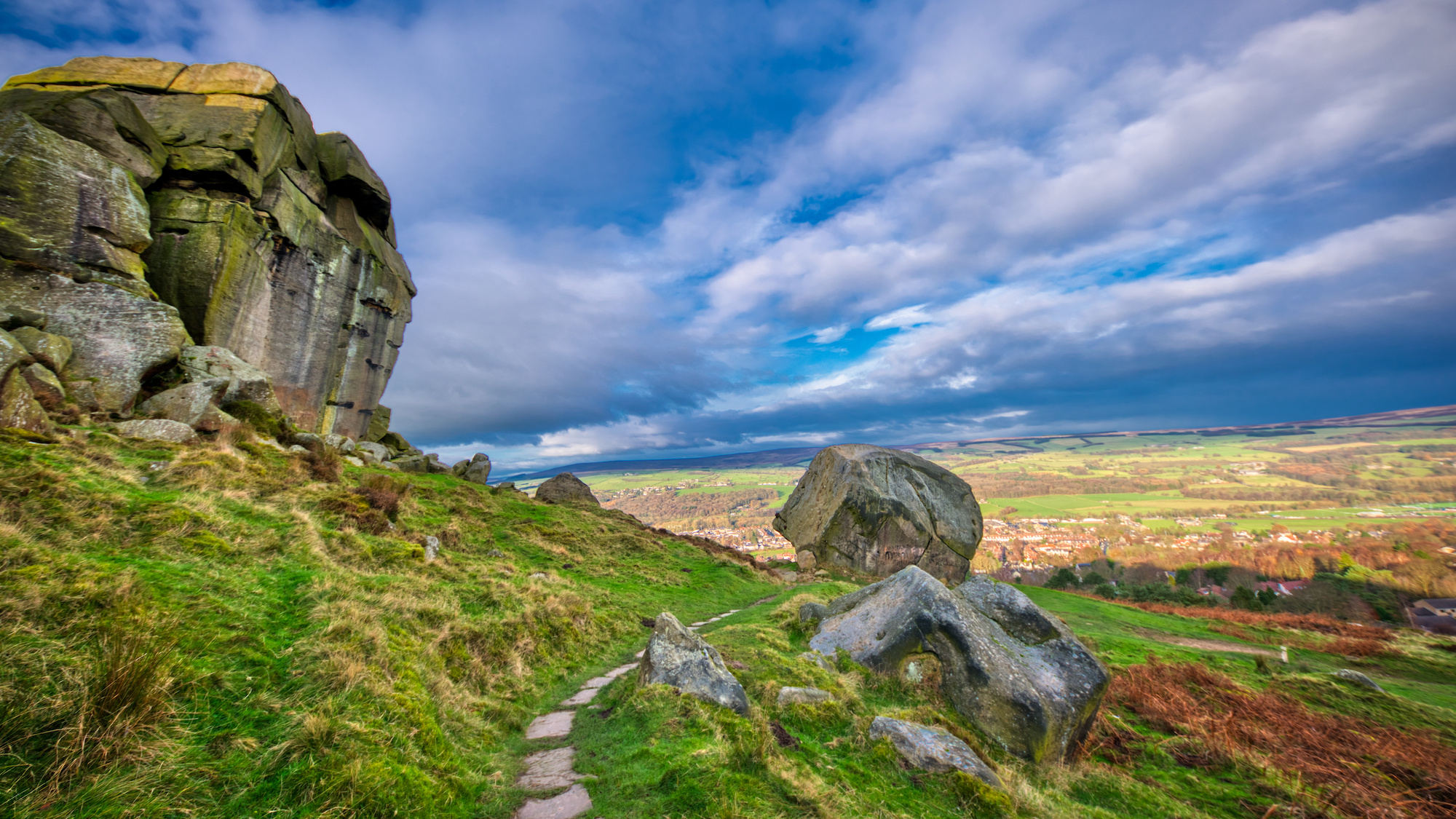 High atop Ilkley Moor, overlooking the pub of the same name, sits Cow and Calf. The story goes that these incredible rock formations were separated when the giant Rombald stepped on them as he fled an enemy, but the rocks were actually formed over 320 million years. Now they draw in hikers and climbers all year round – you can walk in between them before making your way to the top where you can enjoy show-stopping views across the countryside. 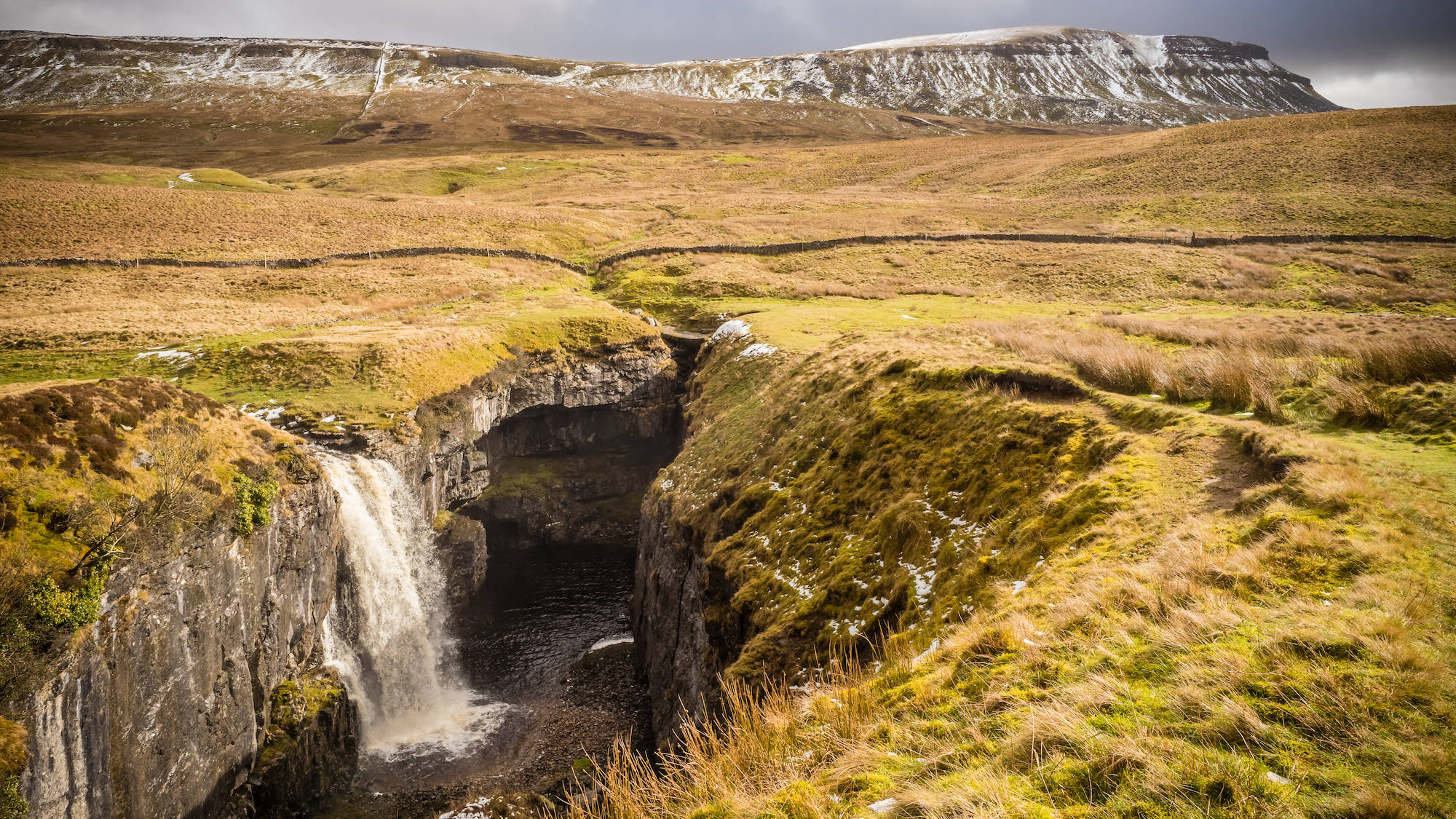 This enormous collapsed cavern is nowhere near Hull – it’s slap bang in the middle of the Yorkshire Dales National Park, next to Pen-y-ghent. Hull Pot holds the record for England’s largest natural hole at 300-feet deep. At certain times of year, it’s also home to a sunken interior waterfall that rises to the lip of the crater and crashes right down into the pot. In heavy weather, it can even overflow and cannon down the hillside – just don’t get too close to the edge. 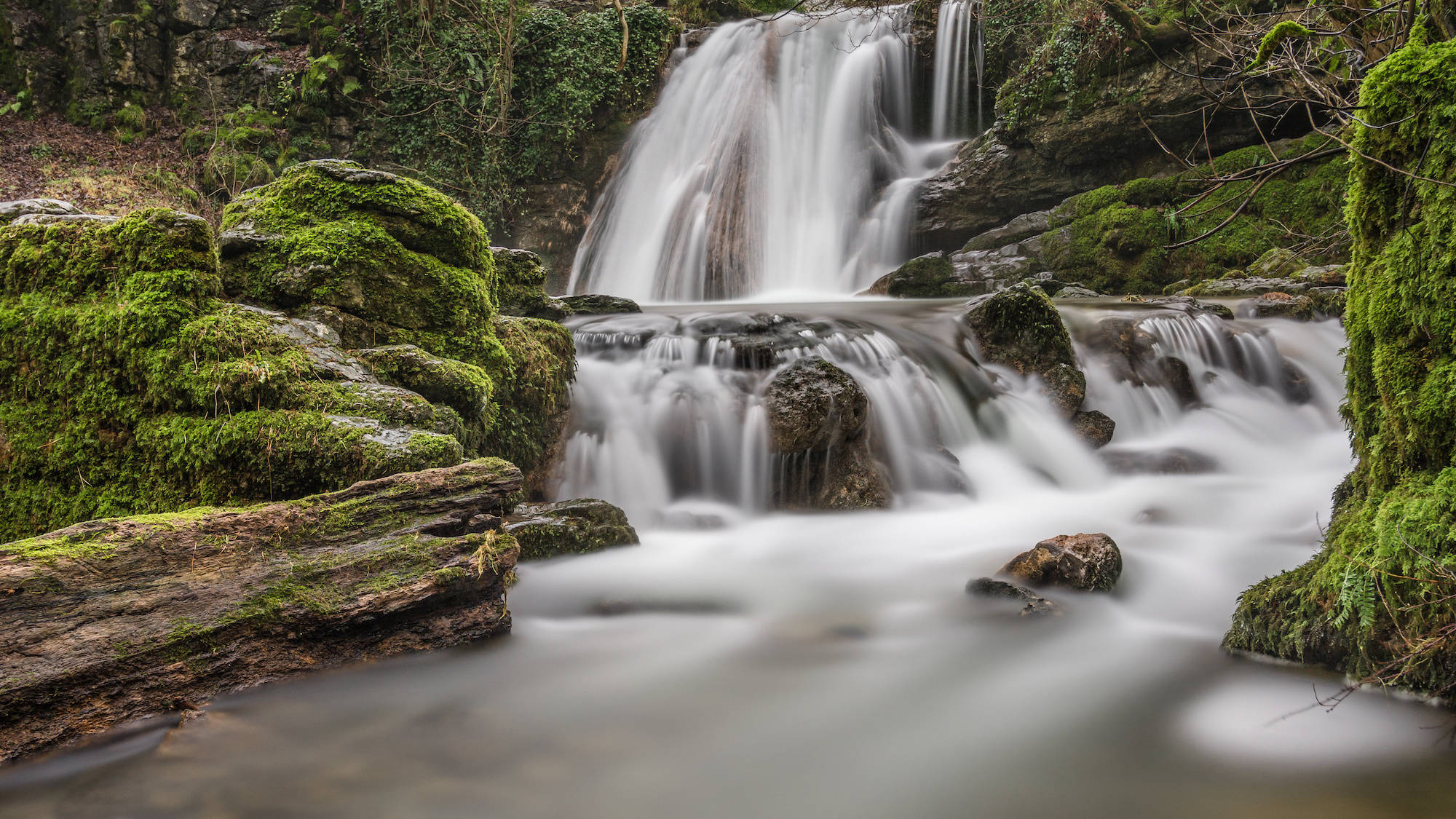 Just a short walk from Malham, this picturesque waterfall might be small but it’s also mighty powerful. It carries Gordale Beck over a limestone lip before shuttling 16 feet into the deep pool below. It’s named after Janet, Queen of the Fairies, who was said to live in the cave behind the waterfall. In reality, the waterfall and pool are best known locally as a former sheep dip for local farmers. Don’t worry, these days you should have the views all to yourself.