Conquer the famous Otley Run with this foolproof guide. 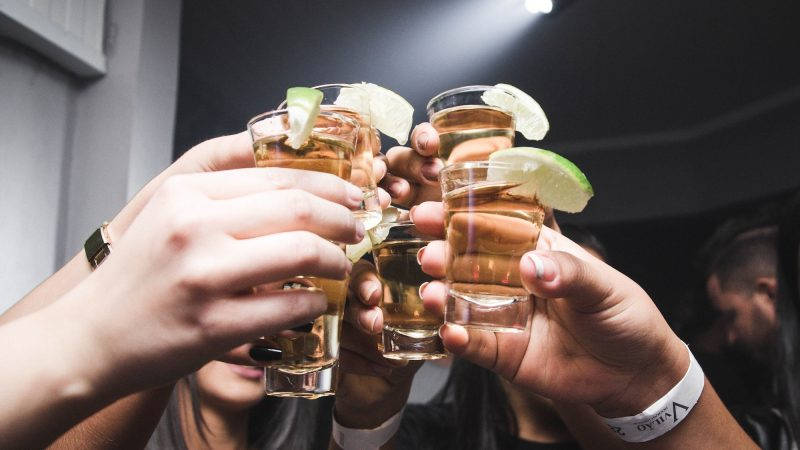 Students travel for less with Leeds city buses. But you can travel for free if you win our brilliant new student competition. There's also festival tickets, food, vintage clothes and coffee up for grabs. Get your entries in now.

From nailing the fancy dress to swapping walking for the bus, these top tips will help you master The Otley Run.

The Otley Run is a rite of passage, a legendary pub crawl that sees you drink your way from Headingley into Leeds city centre. You’ll stop off at 15 different pubs and bars on the way, making this the ultimate drinking challenge, but to make it that little bit easier, our Otley Run Survival Guide is full of hints, tips and advice to make your pub crawl a boozy breeze. Remember, it’s a marathon, not a sprint… 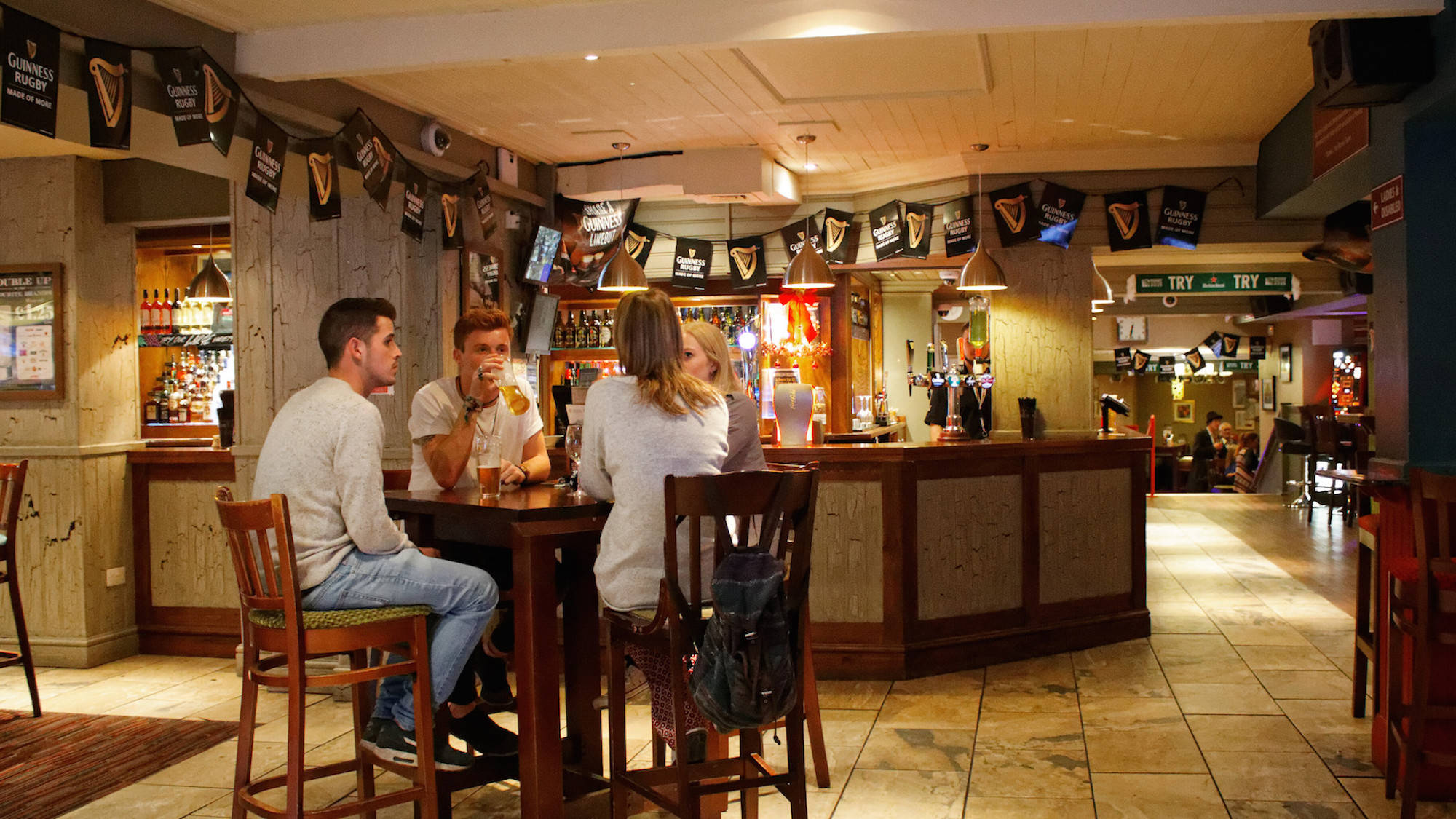 The Otley Run takes you from Far Headingley right to the city centre, and there’s a seemingly endless array of pubs and bars to pop into along the way. But make sure you stick to the official 15-venue route, as tempting as it can be to slink into one of the other watering holes you pass for a quiet tipple between the usual stops. This is a mammoth challenge, so you don’t want to overdo it. Also, some places, like Arcadia, prefer to keep out of The Otley Run madness, so that those not on the pub crawl have somewhere to go. 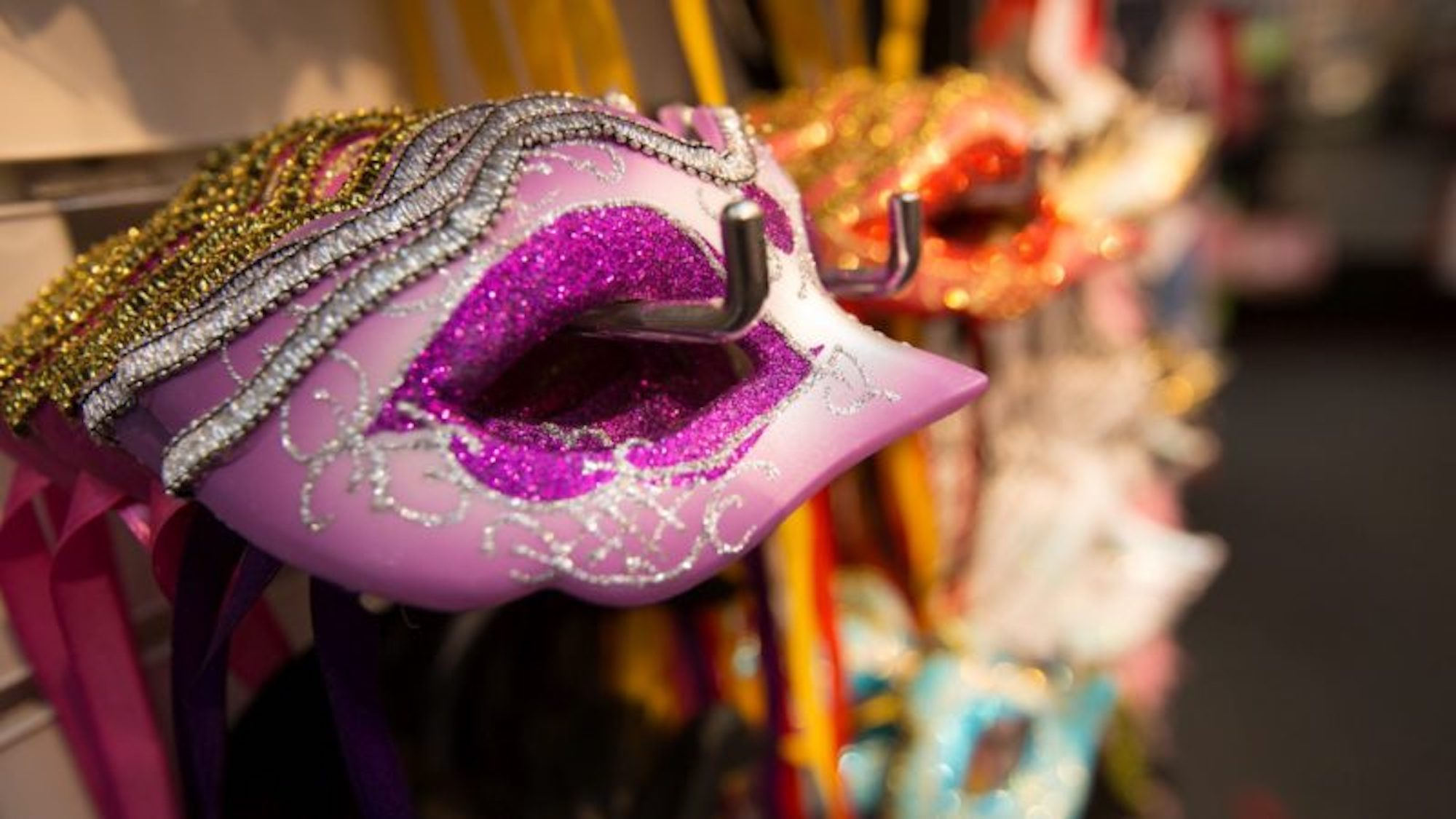 Fancy dress is the name of the game on The Otley Run, so expect to see everything from golfers to lifeguards as you move from pub to pub – but don’t treat it as an afterthought. The best Otley Runs are the ones where everyone is in on it, so make sure your group co-ordinate your outfits before. Whether you’re donning vintage football shirts, cosplaying as your favourite superheroes or marching in your finest army gear, you’ll look the business marching down Woodhouse Lane – it’ll make it a doddle to keep your group together too.

Cleverness is not usually a reliable trait on a pub crawl, but The Otley Run is a different kettle of fish – or pint of beer. There are 15 pubs and the standard rules suggest a drink in each one, so make sure you play the long game properly. In fact, one of the best things you can do is start slow – kick things off with halves, low-percentage beers or shandies so you can pace yourself. The beer bloat can be a killer if it creeps up on you too early, and you’ll want to save the spirits, shots and cocktails for later – trust us, it’s a tried and tested method. 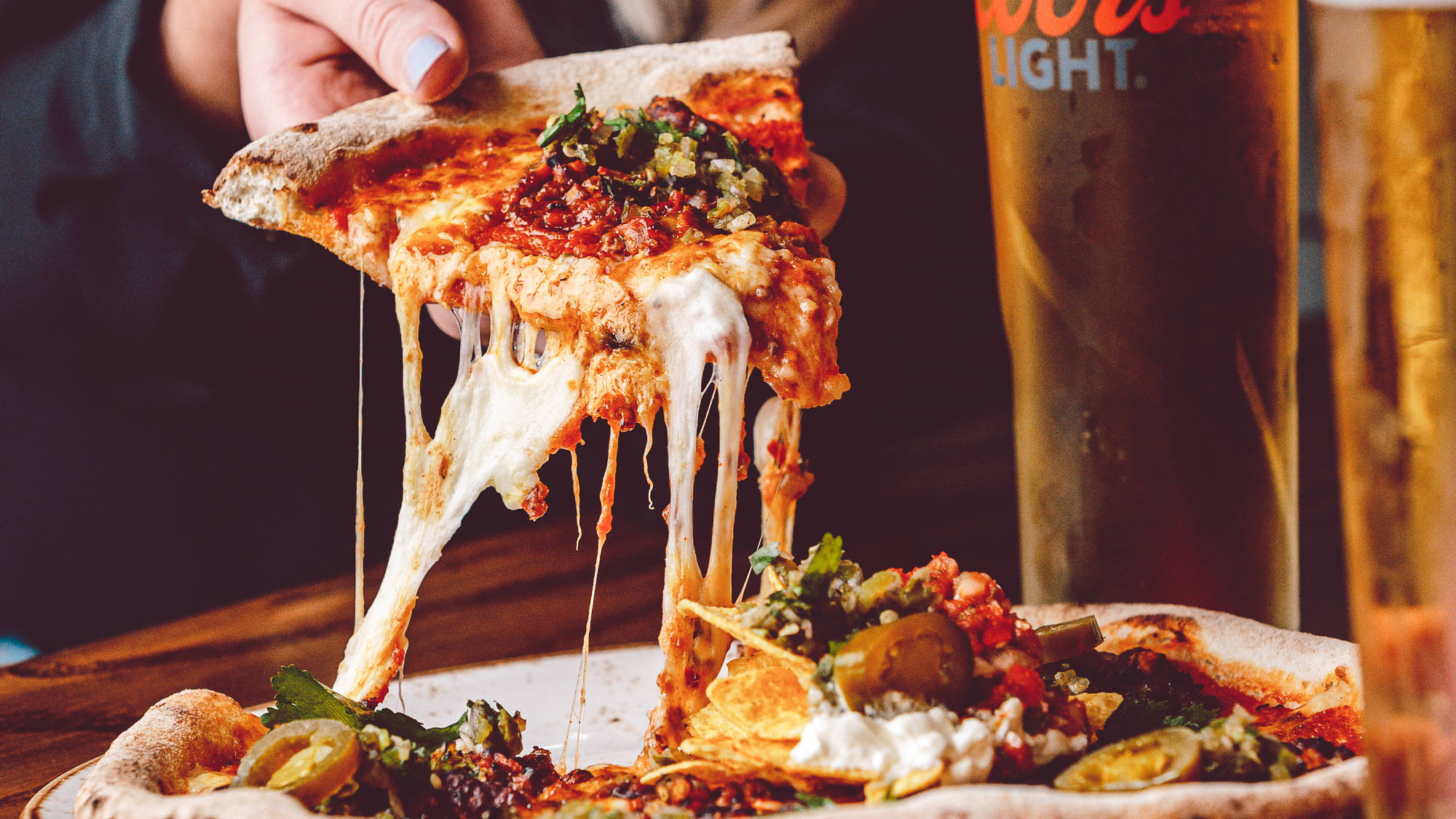 It can be tempting to get whipped up into the Otley Run frenzy and forget to eat or even try to complete it without lining your stomach – but that’s a fool’s errand. This is a serious drinking challenge, so make sure you approach it with your wits about you. Plenty of the stop-offs also serve food, so make sure you take them up on that offer. From pub grub at Woodie’s to stone-baked pizza at The Three Horseshoes, you can get it in early, or make the most of the tempting takeaways around Hyde Park for a mid-crawl feed.

Keep an eye on the weather 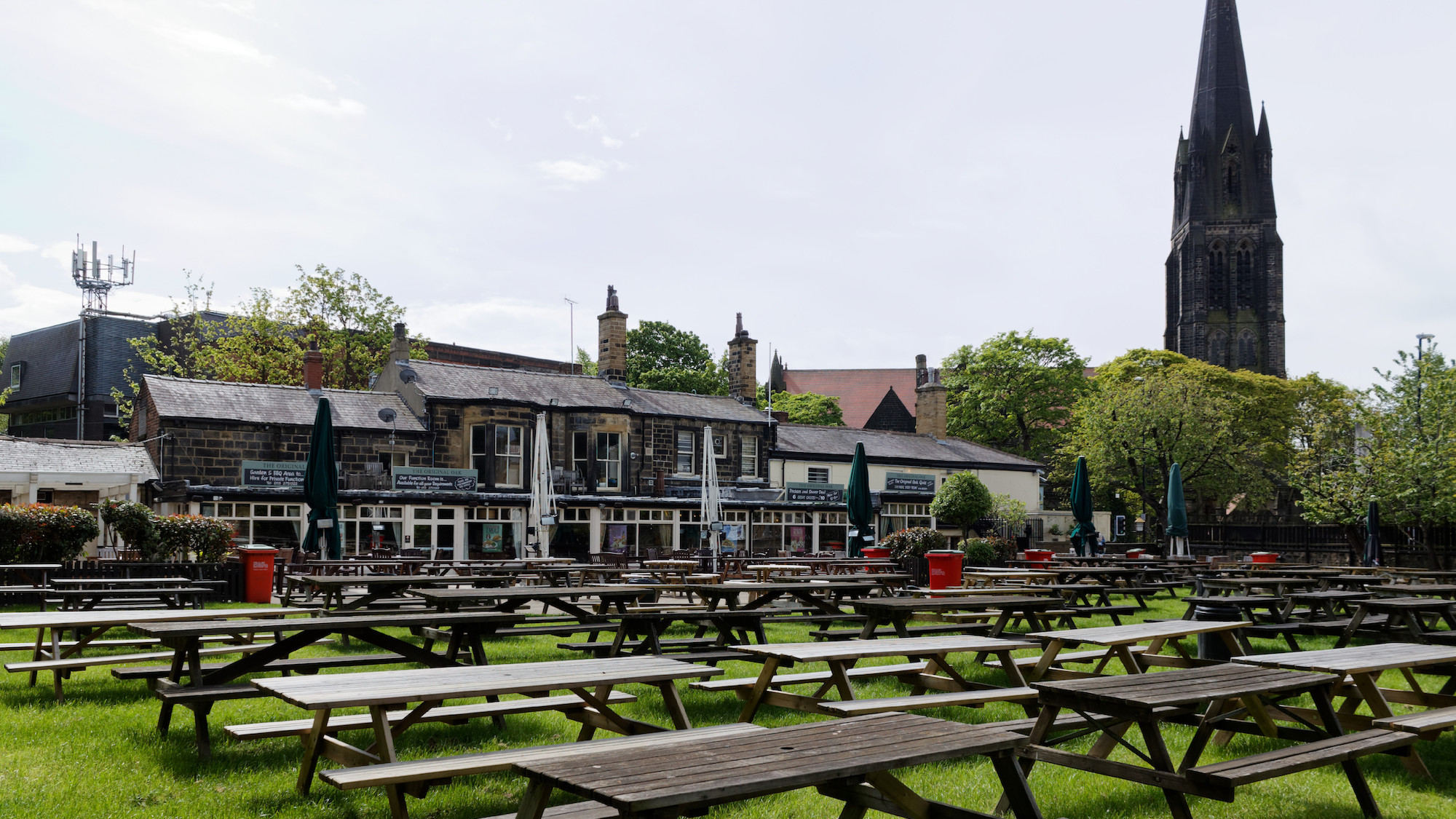 You might have realised this already, but Yorkshire’s weather can be cold, wet and windy – shock horror! The Otley Run involves walking between pubs, including a big stretch from Headingley to Hyde Park Corner and then again into town, so it always pays to keep an eye on the forecast. No one wants to get caught in shorts and a T-shirt in gale-force winds, after all. Looking like it will rain? Bring a jacket. Going to be chilly? Grab a jumper. Just make sure it’s easy to pack away – you don’t want your amazing fancy dress covered up for long! 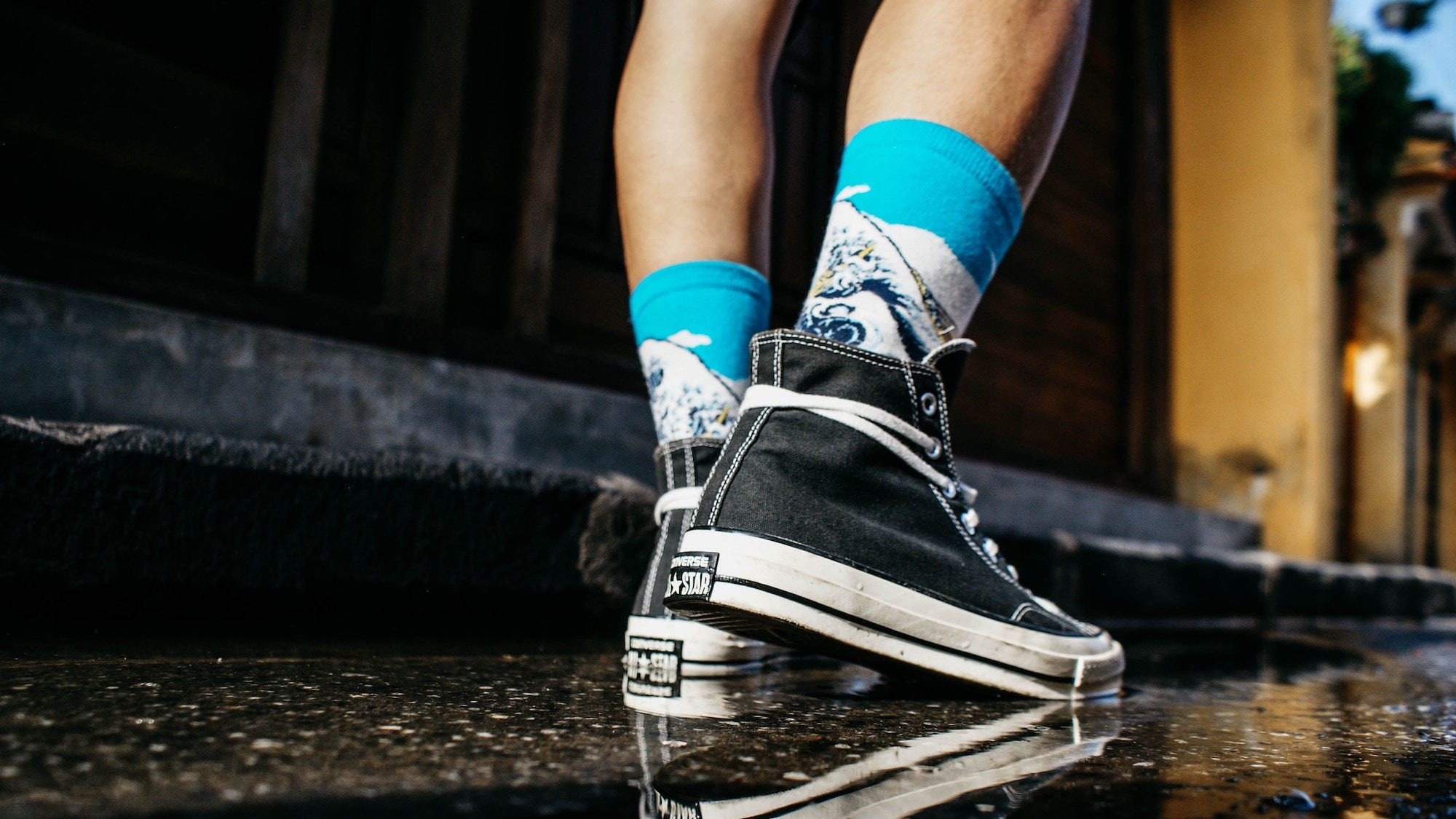 The Otley Run is a calf-crunching 2.3-miles long, from Woodie’s to The Dry Dock, so you can imagine how much walking you’ll be doing. Blisters and sore feet won’t make it any easier, so plan ahead and make sure you’re wearing shoes you can walk in. Heels and flip-flops are a no-no, even if you think they’ll complete your look – you’ll thank us the next day! Grab a pair of comfy shoes or worn-in trainers instead and make that trek down Otley Road, Headingley Lane and Woodhouse Lane a walk in the park. 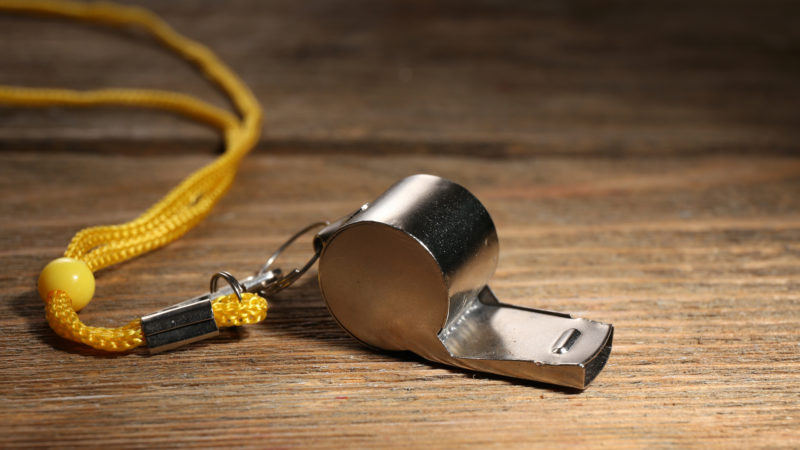 A whistle? Yeah, a whistle! If you’re in a large group of Otley Runners, it can be a logistical nightmare trying to keep your rabble together in pubs and between stops. So if you want to avoid losing anyone, bring a whistle with you, and give it a peep to call your own last orders five minutes before you’re about to leave. Then, give it another blast when you’re walking out the door, so you can gather everyone together for the wander to the next watering hole. Don’t have a whistle? Set an alarm on your phone for when it’s time to go. 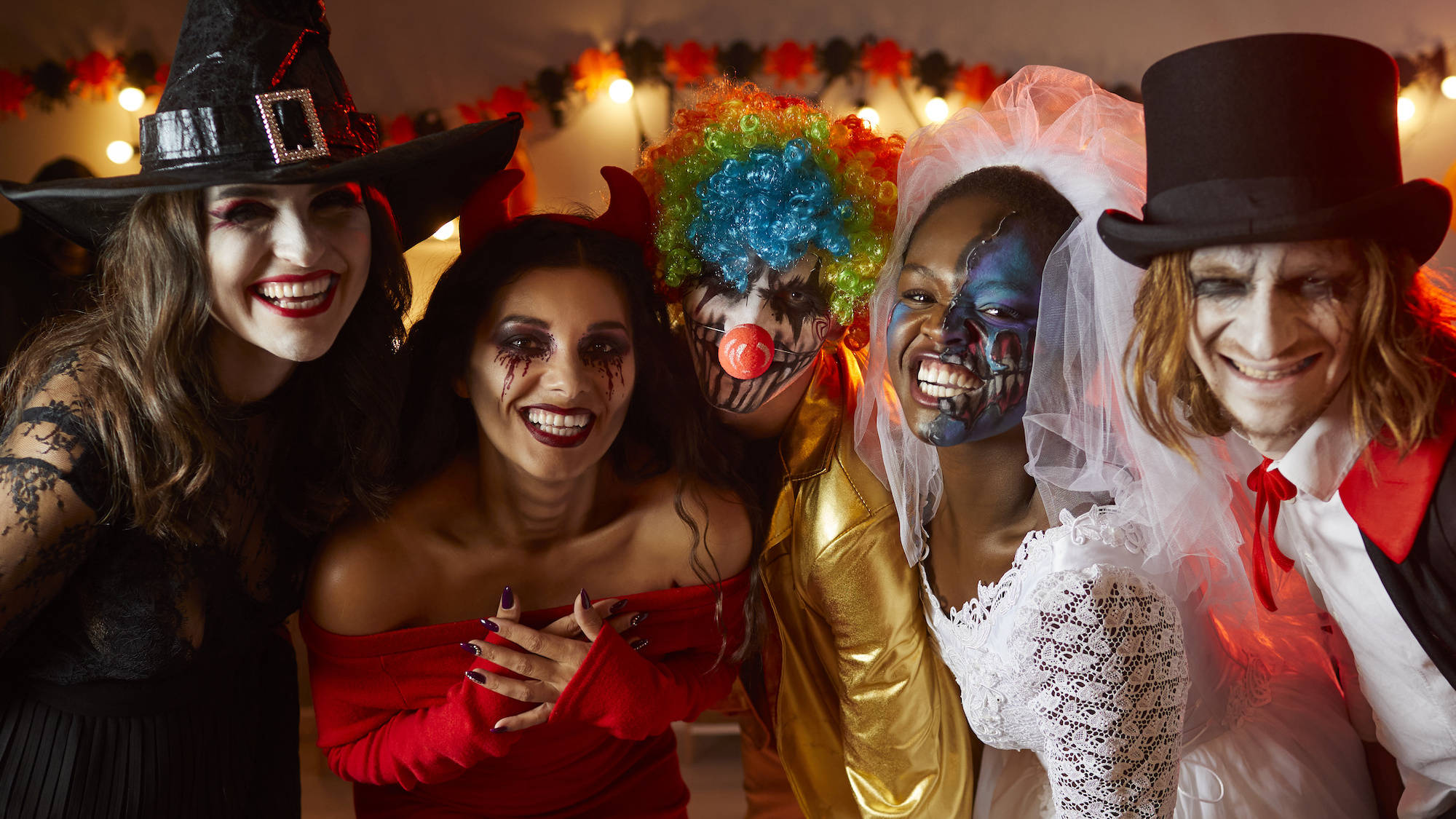 You might’ve guessed that there’s a lot of drinking involved on The Otley Run, but this causes more than a few obvious issues. A lot of drinks means a lot of toilet breaks, and the more you sup, the more difficult that activity can be, especially if you’re wearing a particularly complicated fancy dress outfit. Onesies, morph suits and inflatable outfits might sound like a good ol’ laugh before you start drinking, but not so much when you’re stuck in a cubicle and time’s running out – try and give yourself easy access for when nature calls!

Make use of the bus 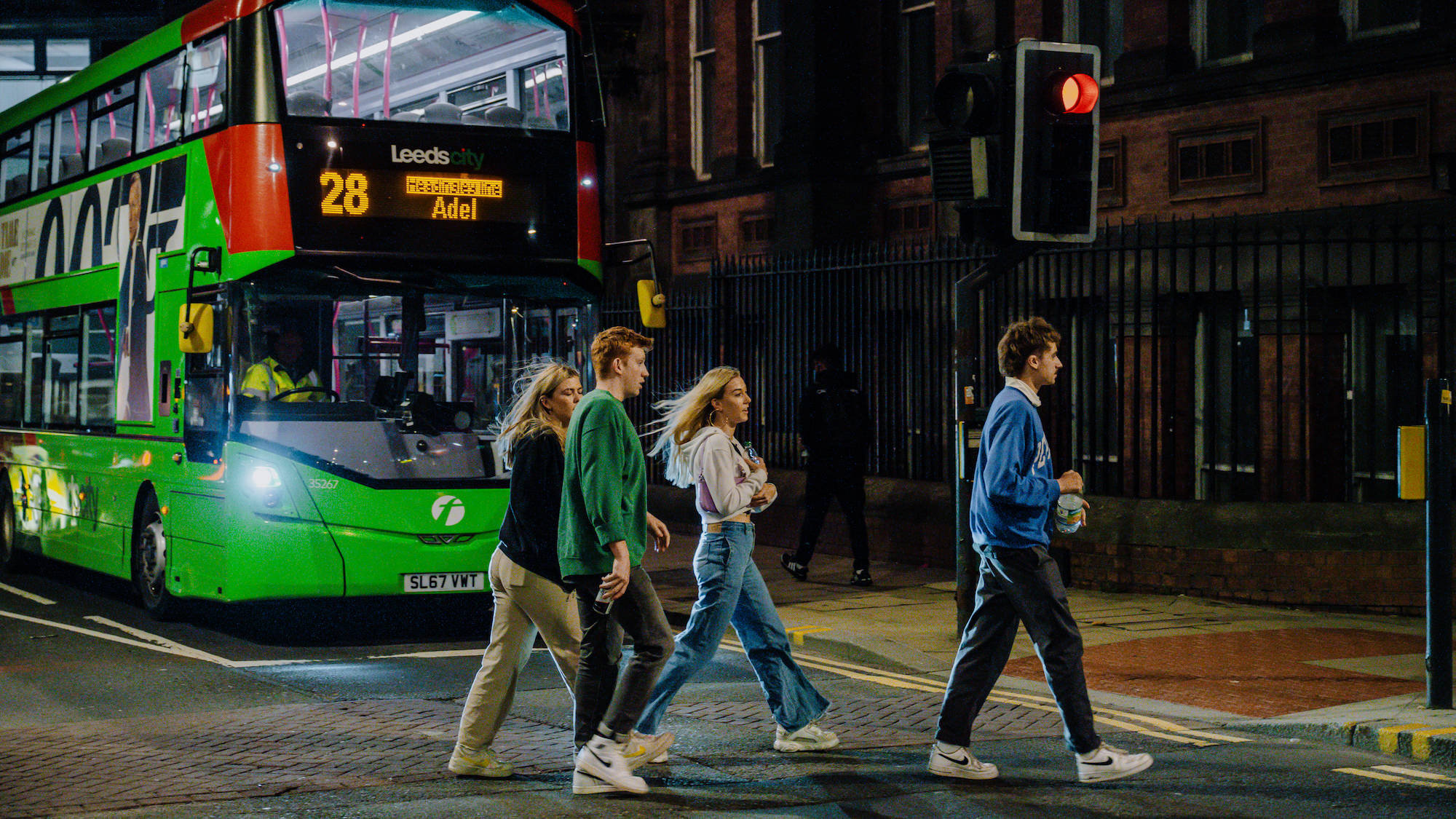 Now this is a little cheat, but if the drinking fills your quota of hard work, there’s a perfect way to get out of all the walking. The Otley Run lies on one of the busiest bus routes in the city, connecting Headingley with the city centre, with many stops just yards away from pubs that are on the official route. Take the walk from The Original Oak for example – it’s a bit of schlep down to The Hyde Park pub, but why not jump on the 1, 6 or 28, which will shoot down Headingley Lane and take you to where you need to be? You’ve earned the rest.

Stay on your own round 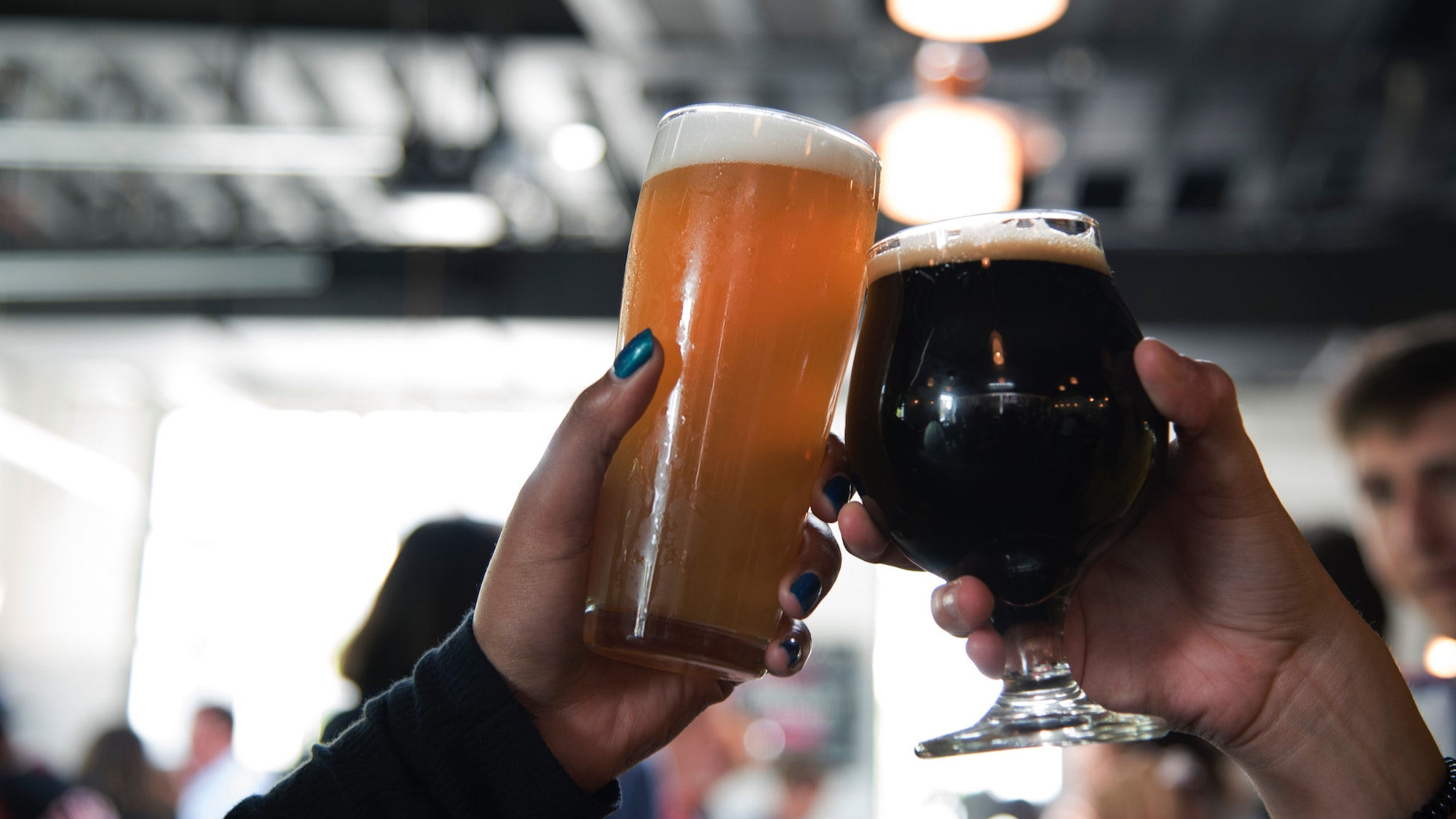 If you’re in a big group of pals doing The Otley Run, doing rounds on a 15-stop pub crawl could do some serious damage to your bank account – especially if you’ve got a few sneaky mates who know how and when to slink out of sight when it’s time to get the beers in. Those large drinks orders tot up quickly, and no one wants to drop £50 in one go when no one else is – even more so when you’re 10 drinks in and nobody knows whose turn it is next. Keep it simple and affordable by paying your own way, you won’t regret it the morning after.