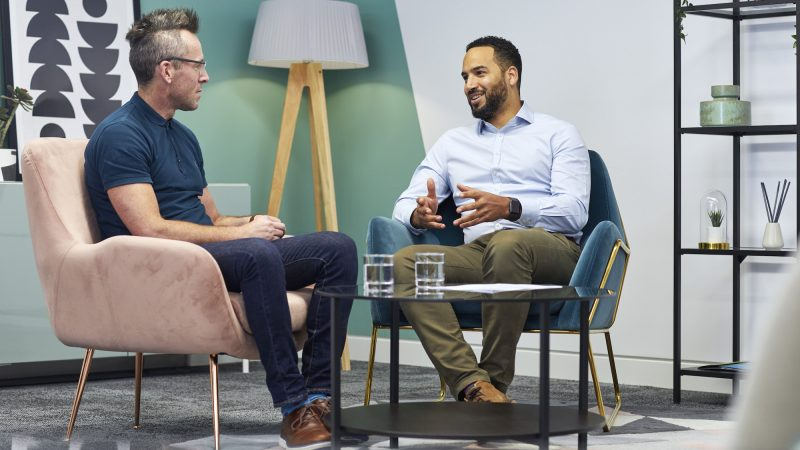 Want to move your business to Leeds City Region? Find out how the LEP can help you with free, confidential advice, tailored to your needs. Find out more...

Tech businesses are flocking to Leeds and it’s easy to see why.

Channel 4, iwoca and Scott Logic are just a few of the big names that have moved to Leeds City Region over the last two years, but what drew them here and why should you follow their lead? The fact is, we’ve become one of the UK’s most promising tech hubs, a place where innovation and collaboration come hand-in-hand, where connections are made and talent is retained. Who wouldn’t want to be part of that?

The talent pool is ever-growing You can’t beat Leeds City Region for talent. With a working population of 1.9 million people, we have the biggest workforce in the North of England, and 73% of them are educated to NVQ Level 2 or above. That’s an impressive talent pool by any standard – and it’s ever-growing.

Our 9 universities produce 39,000 graduates every year and nearly 18,000 of them come from STEAM (Science, Technology, Engineering, Arts and Maths) subjects. What’s more exciting is the fact that graduates stick around. We’re a net importer, which means we keep more graduates than we lose. In fact, 56% of students who study here choose to stay after graduation and 70% of those who leave to study elsewhere come back.

The digital ecosystem is thriving Let’s talk numbers. Not only are there are 8,695 digital and tech businesses in Leeds City Region, but they employ 53,000 people and create a digital turnover of £3.67 billion. The region is quickly becoming one of the UK’s most exciting tech hubs and it’s not gone unnoticed.

We’ve already attracted some of the biggest names in the business. Sky, DAZN, NHS Digital – the list goes on. And they’re joined by an exciting array of start-ups and scale-ups that are driving innovation across a wide range of industries. It’ll come as no surprise that FinTech has emerged as one of our key strengths, after all, we’re the UK’s biggest financial centre outside of London, but we also excel in HealthTech, broadcasting and high-tech manufacturing.

The tech community is incredibly strong One of the things that makes Leeds City Region stand out is the community. There are over 70 regular creative, digital and tech meet-ups in Leeds alone. They bring people together, creating a culture of collaboration that drives innovation and encourages entrepreneurial spirit (which might explain why Leeds has more scale-ups than any other local authority outside London).

Beyond our borders, the community has an important role to play in raising the region’s profile. Take Leeds Digital Festival for example. It’s now the biggest tech event in the UK. In 2021, they welcomed thousands of people to over 300 events, both online and in-person, expanding their reach beyond the city and raising our profile around the world.

The location couldn’t be better 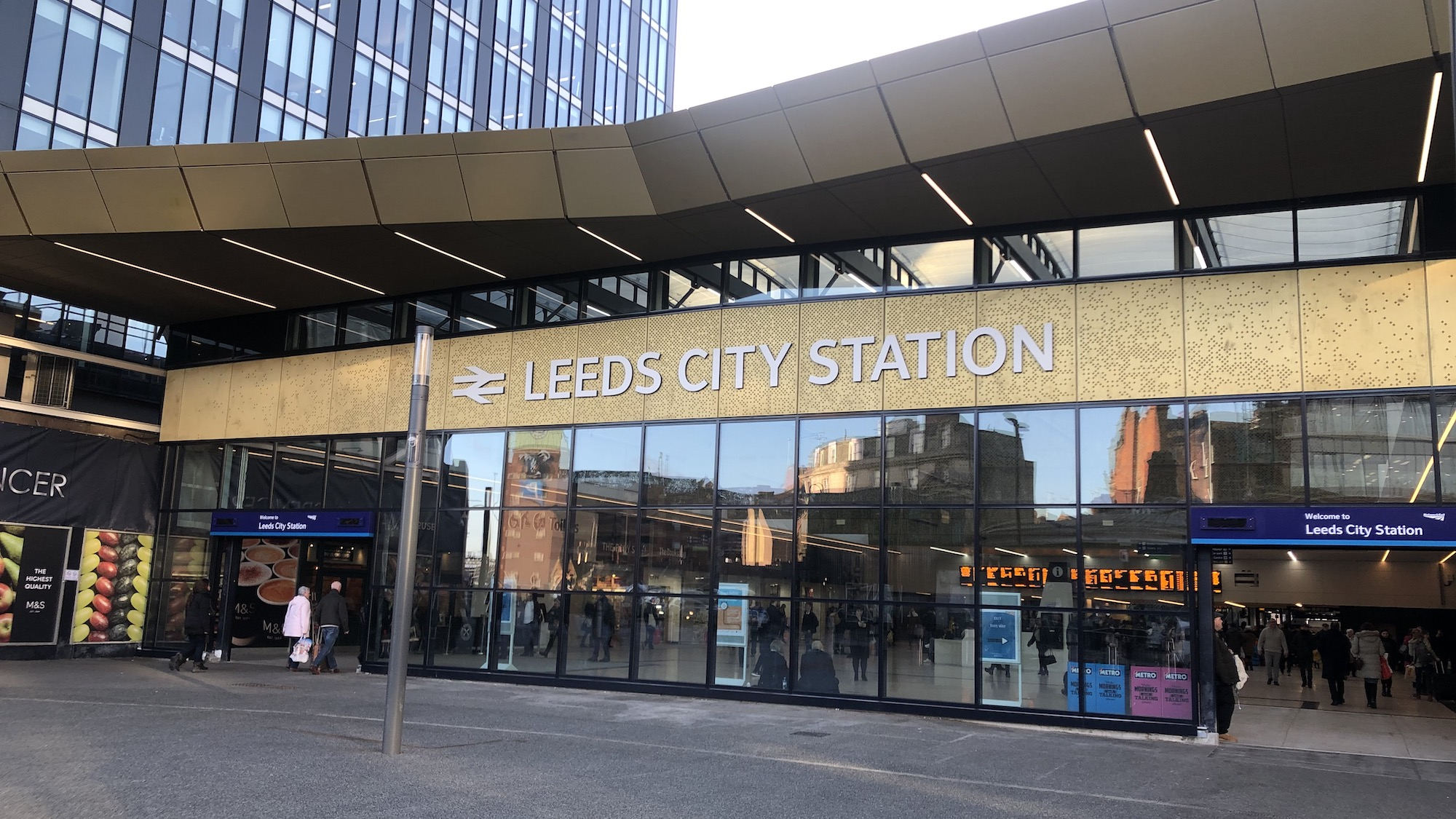 Whether you’re a digital agency or a HealthTech start-up, connectivity is important – and Leeds City Region couldn’t be better placed. It sits rights in the middle of the country, which means London is just two hours away and Edinburgh is three hours in the opposite direction.

Leeds City Station is the busiest in the North of England. Pre-COVID, 89,000 people commuted into Leeds from the surrounding areas, and with 72 trains to London every day, there’s a constant flow of passengers to and from the capital. Manchester, Newcastle, Birmingham – we’re well-connected to every major city in the UK. Plus, we have one of the fastest-growing airports in the country with a new 34,000 square metre terminal on the way.

The office space is beyond competitive According to Cushman Wakefield’s UK Office Marketbeat for Q1 2021, prime real estate costs just £34 per square foot in Leeds – that’s compared to £102.50 in London’s West End and £65 in London City. It even beats our Northern neighbours, with Manchester coming in at £38.50 per square foot.

The Leeds Crane Survey 2021 has more good news. 667,059 square foot of office space was delivered in 2020, including the completion of The Majestic, where Channel 4’s National HQ will house their creative and digital departments. And despite the pandemic, four new office developments broke ground, which means there’s more on the way. These big developments sit alongside an abundance of co-working spaces that support collaboration and innovation. 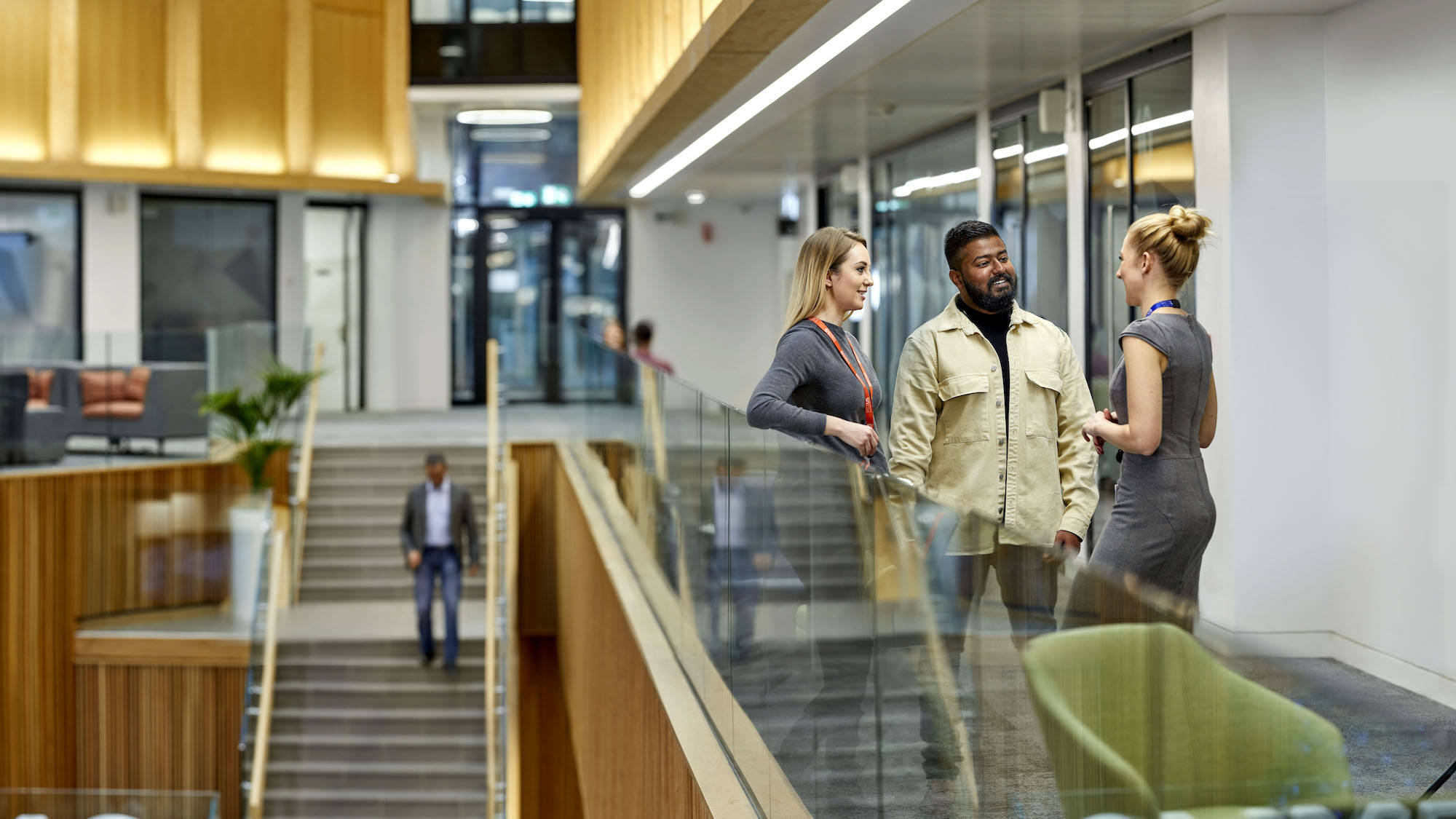 Our universities don’t just teach students, they work with businesses to solve problems through research and innovation. At the University of Leeds, LIDA (Leeds Institute for Data Analytics) is harnessing the power of data for good, while Nexus creates a community of innovators to help accelerate and de-risk innovation.

Over at the University of Huddersfield, 3M Buckley helps businesses take ideas from concept to production, providing the knowledge, support and facilities they need to succeed, while at the University of Bradford, the Digital Health Enterprise Zone brings together students, researchers, businesses and clinicians to deliver digital health innovation. And they’re just a few examples, there’s much more where that came from.

The quality of life is amazing Fun fact – according to research by Oxford University’s Saïd Business School, happy employees are 13% more productive, so one of the factors you need to consider when choosing your base, is what it offers your staff. And that’s where Leeds City Region comes into its own.

Nestled in the heart of Yorkshire, it offers the best of both worlds (and the kind of work-life balance Londoners can only dream of). Rolling countryside, scenic moors, awe-inspiring waterfalls – it’s all on your doorstep. But at the same time, you can enjoy all the perks of city living, from Michelin-starred restaurants to street food festivals, live opera to world-class galleries. And because the average semi-detached house costs 78% less here than in London, you can make your budget go further too.

Want to expand or move your business into Leeds City Region? Find out how the LEP can help you with free, confidential advice, tailored to your needs.