From derelict mills to abandoned mansions, these are Leeds' forgotten treasures. 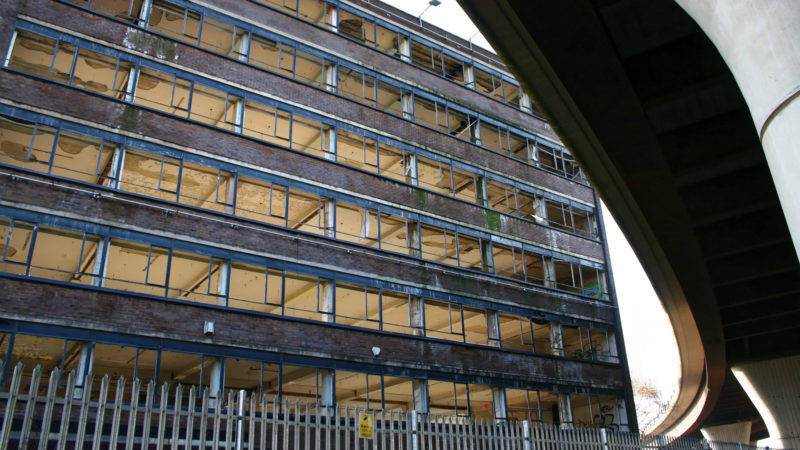 It’s hard to believe that these buildings have been abandoned…

With new a host of new developments in the pipeline for Leeds, it might surprise you to hear that so many buildings have been left empty. From disused mills that have been ravaged by the ages to closed off subways and historic wartime bomb shelters, it’s unbelievable that these buildings have been neglected for so long.

Credit: Rich licensed for commercial use under Creative Commons.

Covered in flora, Scarcroft Mill is an abandoned building that’s easy to access but hard to find. Built in 1810, it’s an intriguing relic of history that’s been abandoned for over a century, and you’ll find it near the mysterious Pompocali Earthworks. It’s tough to find, having been taken over by the forces of nature, with as much greenery in and around it as there is stonework, but once you’re there, you’ll find a true relic of the ages that’s a sight to behold, although there isn’t much left these days.

So this one is on the outskirts of the city, in Menston, near Ilkley, but it’s too cool not to get a mention. The Imperial Works was last used by G.L. Murphy’s Machinery, which shut in the mid 1970s and it’s barely been touched since. The roof has caved in in places, but the chimney, which has ‘machinery’ painted down the side, still stands. Inside, there are still bits of machinery, metal and furniture dotted around the building. It’s a remarkable relic that almost acts as a time capsule.

Standing on the banks of the River Aire, Hunslet Mill was once the largest single-build mill in the world, while the adjacent Victoria Works was one of a number of busy factories on the South Bank. The mills have been empty since the 1960s and it shows with crumbling brickwork and glass-less windows. Inside, there are still signs of its former life, with chimneys, old fittings and machinery offering a unique insight into its past, But not for long – there are now plans to turn it into the city’s newest regeneration project.

There are few more iconic examples of abandoned buildings than Ambassador House, or South Point as it’s also known, which lies just next to the A61 flyover. It was formerly the home of Leeds City Council’s Environmental Health Services, and we’re sure they wouldn’t be too impressed with the state of the building today. It’s a shell of its former self, and all the windows are broken, so while you can’t go inside, you can still get some great shots.

Built in 1806 by Rev. Robert Bownas, Bramham House has had a turbulent history, which has seen it repossessed multiple times. It was the seat of the Fox family of Bramham, before being repurposed to pay off debts, and finally fell into the hands of West Riding County Council in 1947. They turned it into a children’s home for kids with family and educational problems. That closed down in the early 80s and it’s been left to rot ever since. It’s not in the best condition, but there are stunning features hidden behind the graffiti that shows off its incredible architecture and design.

Credit: David Rodgers licensed for commercial use under Creative Commons.

The University of Leeds owns Cross Road Farm and it looks like they don’t want an awful lot to do with it. Tucked away by the A1/A64 link road, it was still in use just a few years ago, but now it’s deserted and back on the market. Although it’s not the most historic building on the list, it’s become popular with photographers because of its isolated position and rather pretty traditional farmhouse design.

Credit: Tom Blackwell licensed under Creative Commons for commercial use

You’ll have to go off the beaten path for this one. You’ll find these warehouses next to Otley’s bustling Westgate, and they’re a fine example of old Victorian architecture. They were home to the lauded Jeffries Haulage Company headquarters for decades, but they left the site in the early 2000s and fire gutted some of the buildings in 2009. They’re still standing now, however, and provide a lasting reminder of a widely known and respected Otley business.

This abandoned building has quite a history. It was originally built in 1887 on the site of a former chapel as the Newton Park Union Church. By the 1950s it had become a Royal Airforce Association Club, and the back part of the building was used as a synagogue at the same time. It was then a Gurdwara, a Sikh temple, from 1963 until they built a new home across the road. Remarkably, much of the front of the building is still in great shape, however a trip around the back will reveal that the walls are crumbling.

Copyright: Mark Stevenson licensed under Creative Commons for commercial use

Tucked away off Harehills Lane in Chapel Allerton, Mansion House has been lying in a state of disrepair since 1975. It was originally built for Leeds industrialist John Clark, and its grounds were also occupied by Chapel Allerton Hospital from 1927. The mansion itself became part of the hospital but when a new one was built in the city, all but the mansion bulldozed. For now, this beautiful piece of architecture lies empty, but there are plans to turn it into homes in the not so distant future.

Although these buildings are fascinating, we wouldn't recommend going inside. Abandoned buildings can be dangerous and trespassing is against the law. You can still get some great pictures from outside though.