What’s On This Weekend in Leeds

Here is everything that's going on in Leeds this weekend. 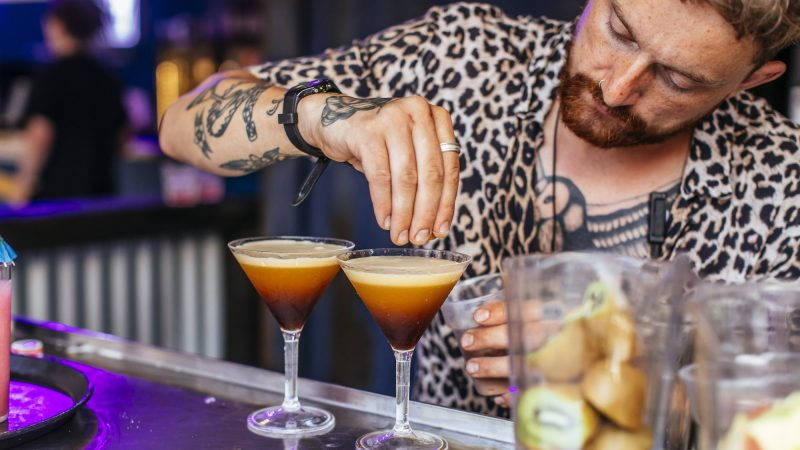 If the weekend has caught you by surprise and you still don’t have plans, fear not, because we’ve rounded up what’s going on this weekend in Leeds.

There’s always something to do in Leeds, so if you find yourself at a loose end this weekend, or any other for that matter, just whack Leeds-List in your search bar and find our guide to what’s on. From the latest shows to club nights and one-off events, we’ve got it covered.

The White Card. Claudia Rankine’s first published play comes to the Leeds Playhouse stage this weekend. Whiteness, allyship and open conversation are key themes when a talented black artist is invited for dinner by a wealthy, privileged white couple. Small talk soon dissipates and tensions are elevated when uncomfortable truths can’t be avoided.

Deep Tan. One of the bright young things of London’s ever-burgeoning post punk scene, Deep Tan make their way north for a show at Headrow House to get your weekend in Leeds off to a flyer. Expect short, sharp shocks of atmospheric, haunting pop, as they take you through their debut album, ‘Creeping Speedwells’ and new EP, ‘Diamond Horsetail’.

Bear’s Den. If you’re a folk rock lover, the chances are you’ll know all about Bear’s Den. This London-based duo are at the forefront of the British scene, having released four acclaimed albums so far – they’re coming to Leeds University Union on Friday night to show off their hugely anticipated fifth effort, ‘Blue Hours’. 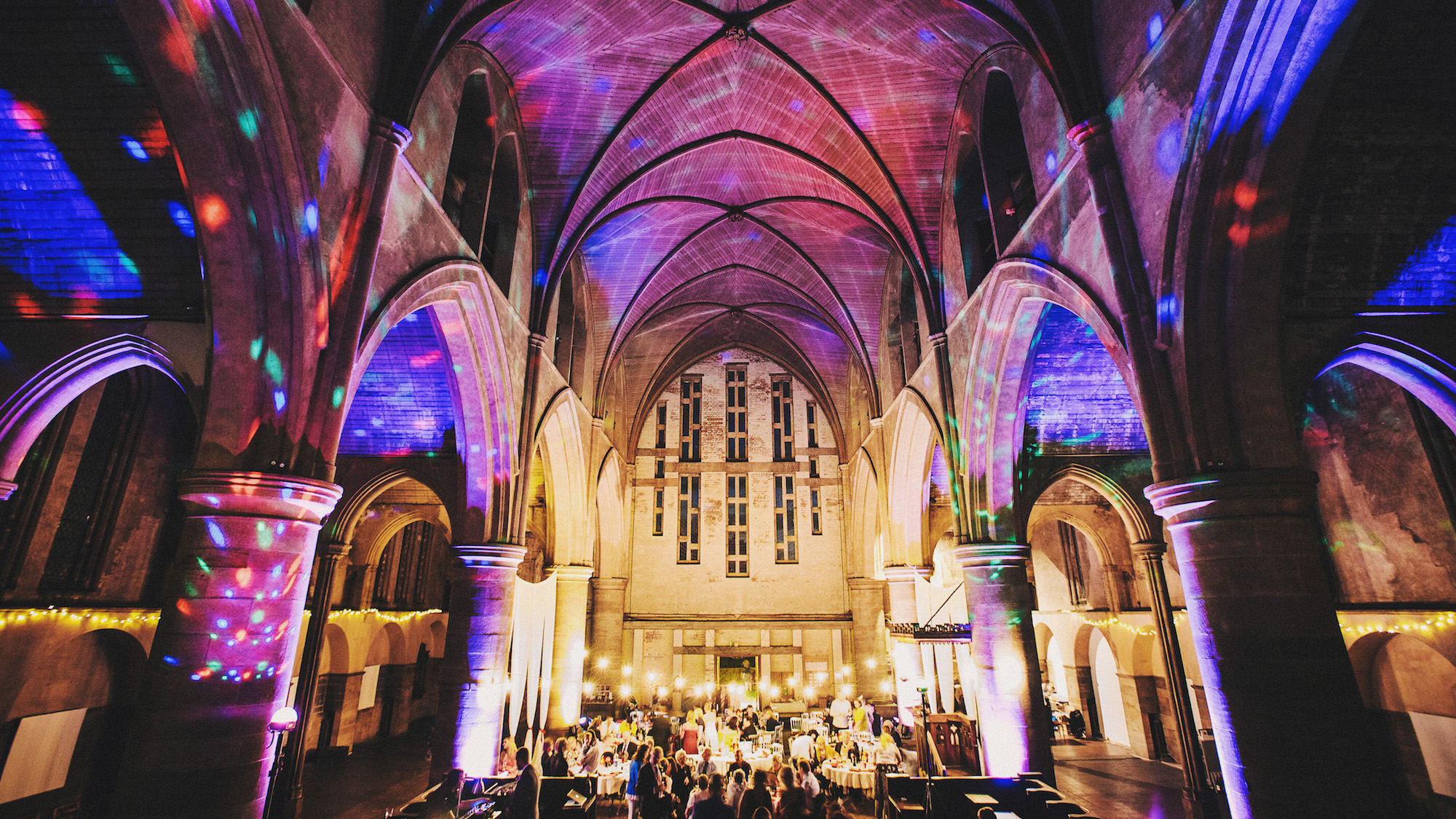 May Night Market. Left Bank is opening its doors for their monthly Night Market on Friday. You can browse over 20 stalls from local artists and makers, grab a pizza from The Slice is Right and enjoy drinks from the bar, including their very own Reluctant Hero pale ale. Fancy yourself as a bit of a DJ? They’re setting up decks for you to spin some tunes on.

Rave On: The Rise of Rock & Roll. It’s time to relive the sounds and style of the good old days as Rave On brings its take on The Rise Of Rock & Roll to City Varieties this weekend in Leeds. The fabulous 50s and the swinging 60s come back to life with the award-winning band, The Bluejays, playing tunes from stars like Chuck Berry, Buddy Holly, Connie Francis, The Beatles and more. 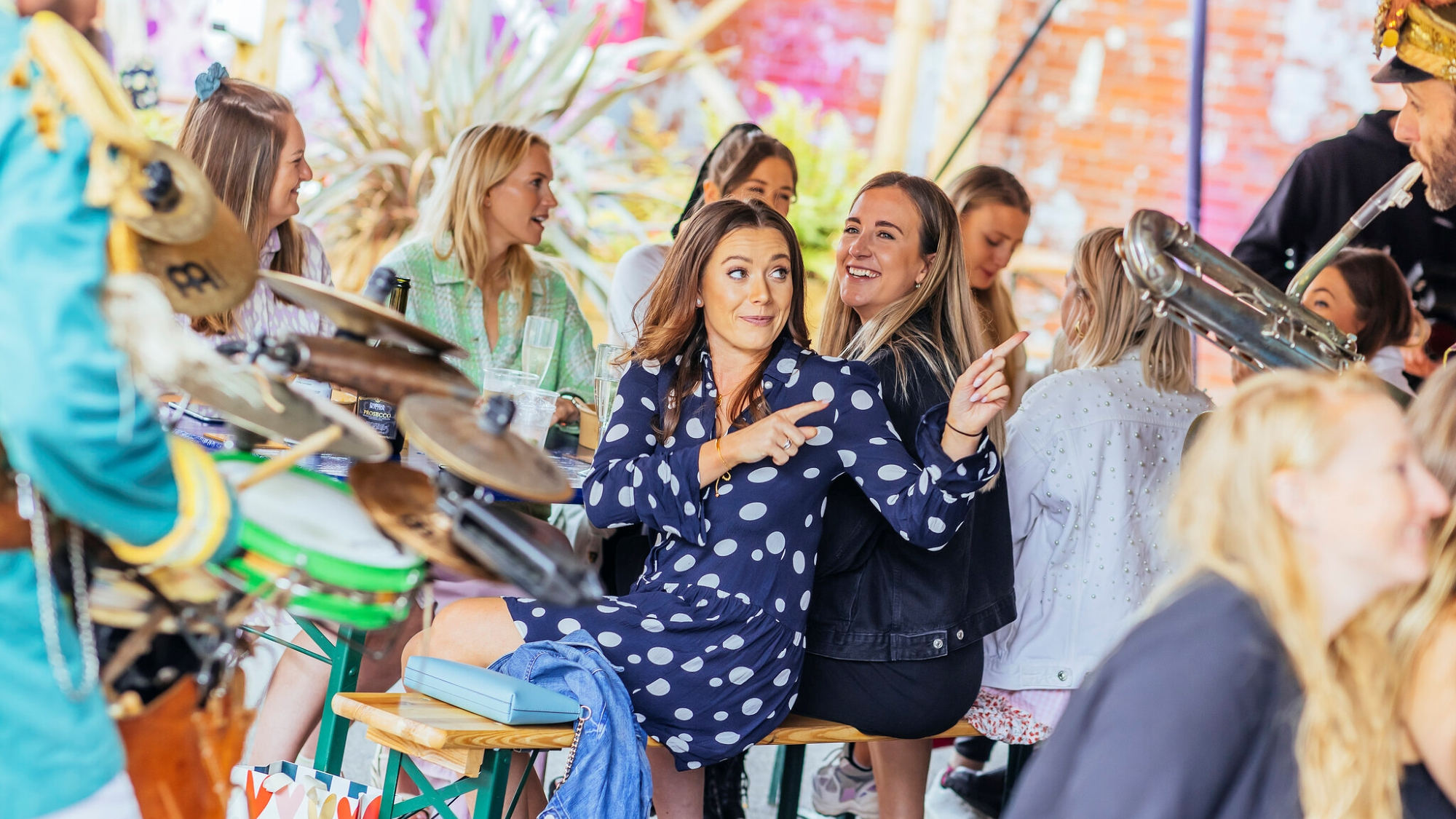 Glamour Pussy. Love Ru Paul’s Drag Show? Can’t beat a night of lip-syncing? There’s only one place to be this weekend in Leeds – Glamour Pussy’s new monthly drag night at The Constitutional in Farsley. Their last night in April sold out quick sharp, so don’t hang about to get your tickets – this promises to be a night full of drama and music, with the camp turned up to 11.

Chow Down. The city’s go-to weekly street food celebration Chow Down has almighty plans for this weekend in Leeds. You can tuck into the wares of Sarto and Mormor, as per, alongside treats from Tikka Chance on Me and Little Bao Boy. There’s amazing music across all three days too, from K-Klass and Gina Moretti on Friday to Mix-Stress on Saturday and Back Chat Brass on Sunday.

Starward Whisky Supper Club. Leeds Indie Food is back and whisky lovers are in for a treat at The Tetley. It’s hosting a three-course food, cocktail and whisky celebration on Friday night by teaming up with Melbourne’s Starward. Their full-bodied, red wine-casked drams will be beautifully paired with a special procession of plates designed by The Tetley’s Head Chef, Jade Crawley.

Alan Partridge. What’s on Leeds this weekend for comedy lovers? North Norfolk’s finest broadcaster comes to Leeds’ First Direct Arena on both Saturday and Sunday for a deep-dive into Britain’s modern consciousness. Much like he does in ‘This Week…’, Alan Partridge will be informing, educating and amusing in ways only this titan of light entertainment can.

Emeli Sandé. Read all about it… Emeli Sandé is back with a brand new album and UK tour. The Scottish songwriter has one of the best-selling albums of the 21st century, ‘Our Version of Events’, but 2022 marks a new start for her on an independent label with all the freedom that brings. She’ll be playing old faves and songs from ‘Let’s Say For Instance’ in an intimate solo set at City Varieties.

The Wedding Present. One of this city’s finest musical exports enjoy a homecoming at O2 Academy Leeds on Saturday night. And what an occasion it will be as David Gedge and co run through one of their finest albums, ‘Seamonsters’, from start to finish to mark its 30th anniversary, followed by a set of indie pop greatest hits. 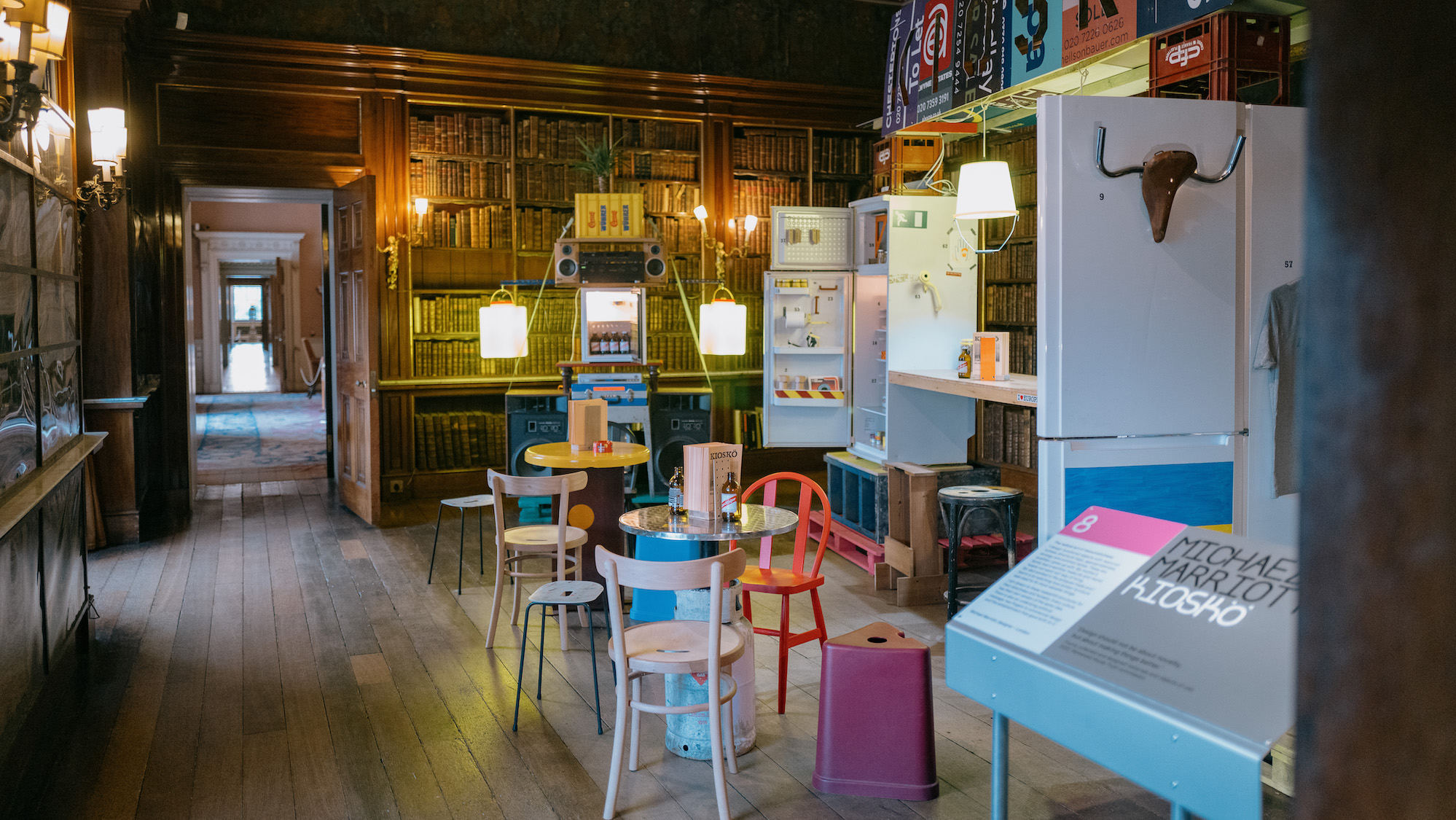 Radical Acts. After the huge success of the first event back in 2019, the Harewood Biennial is back on at the much-loved estate through to the end of August. This time it’s themed around ‘Radical Acts’. Curated by Hugo Macdonald, the Biennial explores why craft is a radical act and why it matters, through new and existing works from 15 incredible practitioners.

Haggis Horns. Legendary Leeds jazz, soul, funk and global beats promoter DJ Lubi is celebrating his 40th anniversary in 2022 with a series of special events, including bringing the wonderful Haggis Horns to the Brudneell Social Club to get your weekend going. They’re one of the leading funk, soul and jazz bands in the country and have been since 1999.

Tai Murray & Martin Roscoe. One of the finest violinists of her generation, Tai Murray has an exceptional repertoire of classical standards that she’ll be bringing to Howard Assembly Room on Saturday night. She’ll be joined by pianist Martin Roscoe to play romances by both Clara and Robert Schumann, 20th century minimalist classics by Adams, and Schubert’s Grand Duo. 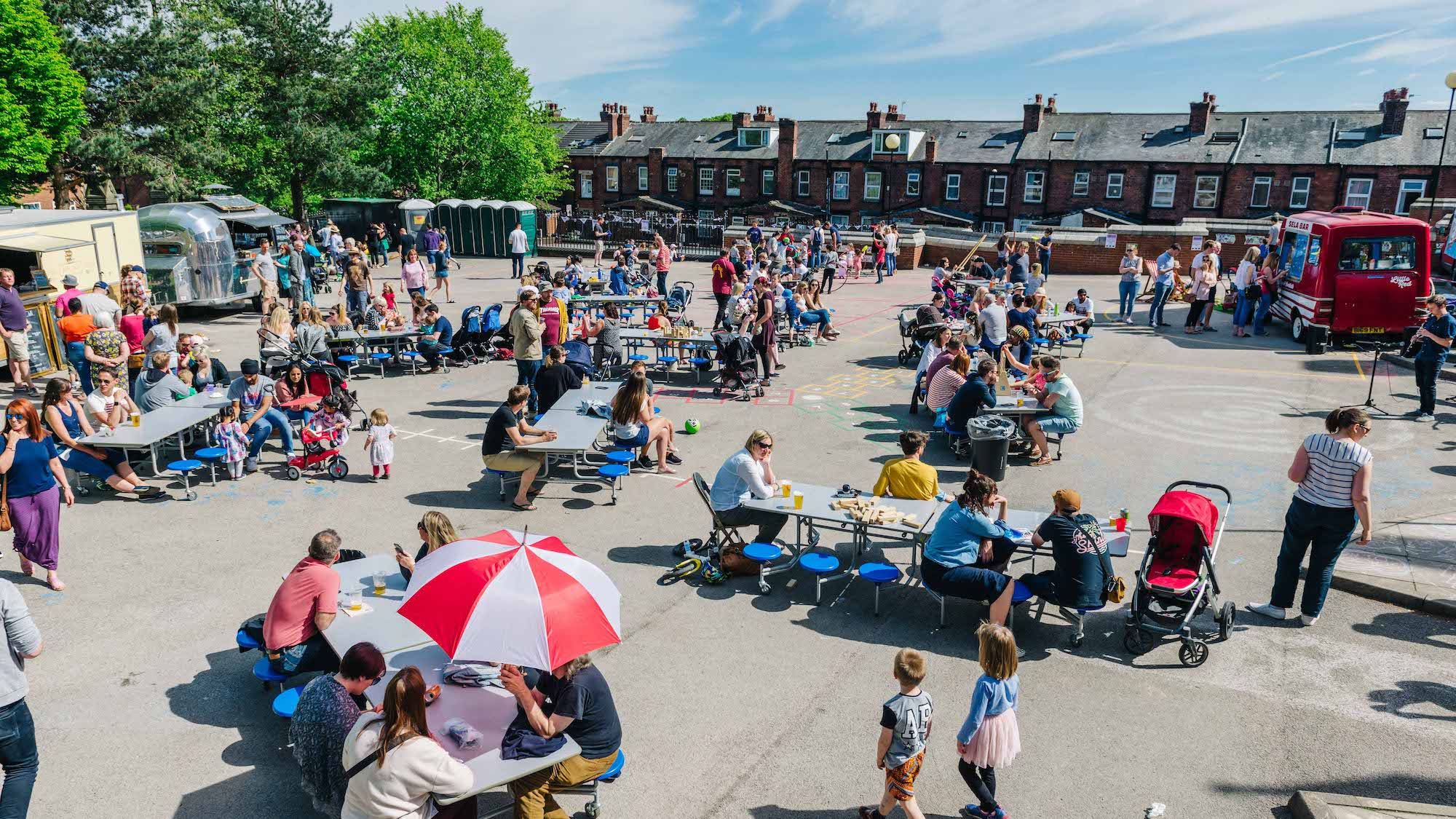 Leeds Indie Market. As part of this year’s Leeds Indie Food mini-festival, the Leeds Indie Market is back at Chapel Allerton Primary School this weekend. There will be over 30 independent businesses in attendance, selling everything from art and crafts to fresh food, coffee and homewares. This is a family-friendly event, so bring the whole brood along between 10am and 2pm.

Vroom Vintage & Vinyl. Step back in time in the historic surroundings of Sunny Bank Mills as Vroom Vintage & Vinyl comes to the Farsley venue. Kilo will be setting up shop with stall-upon-stall of throwback threads, furniture and homewares. You can also flick through second-hand vinyl courtesy of Five Rise Records and admire a classic car show, followed by street food and drinks.

Plantation Rum Brunch. The spirit of Leeds Rum Festival is being bottled and poured out at a special pairing menu dinner at Grindhouse on Saturday. As part of Leeds Indie Food, they’ve teamed up with Plantation Rums and Bastards Bistro to put on an incredible tasting brunch, each dish paired with one of their rums, followed by an interactive talk from Plantation’s Paul Mcfadyen. 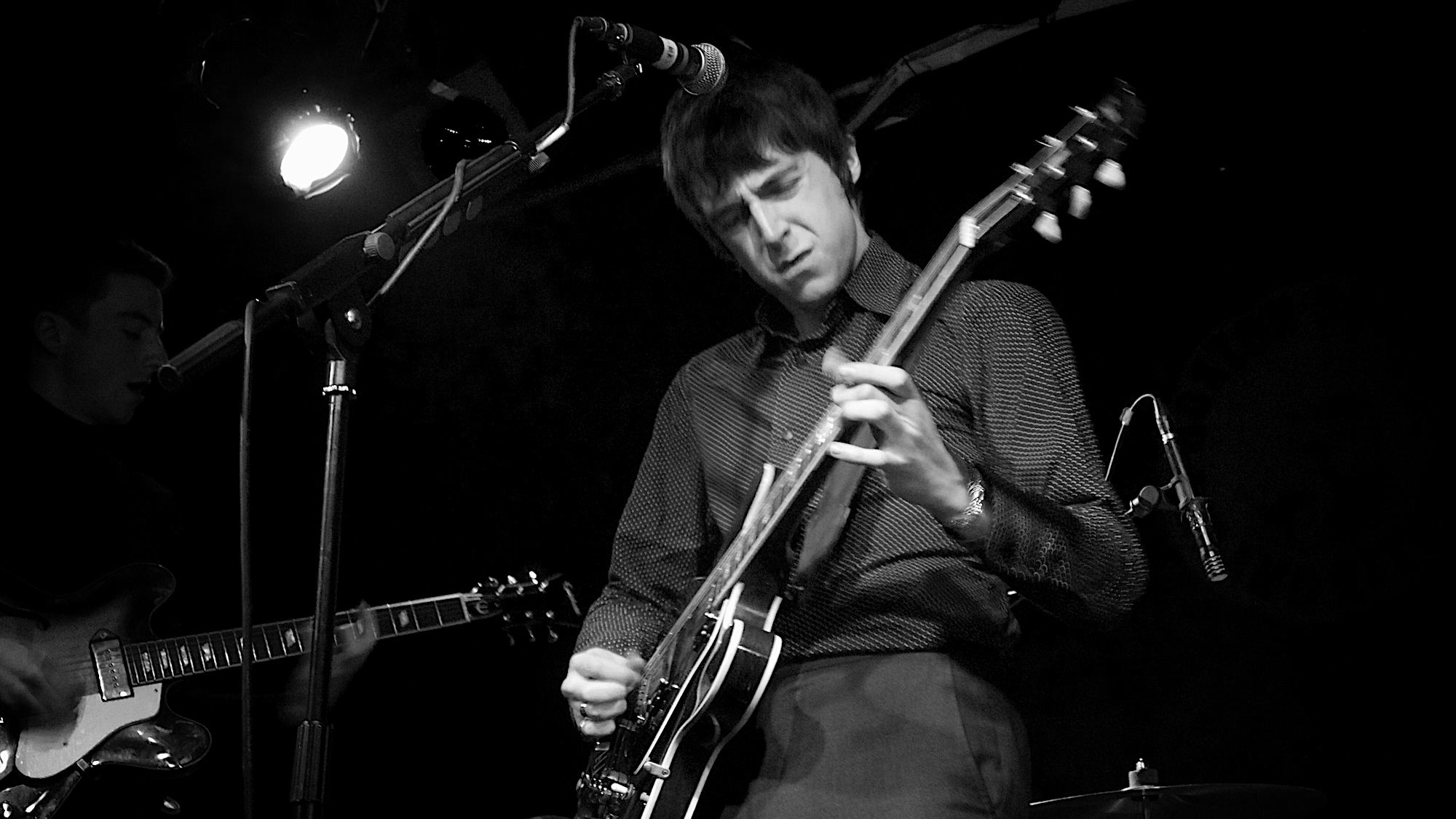 Credit: Aurelien Guichard licensed under Creative Commons for commercial use.

Miles Kane. Back out on his own after a few years slinging The Last Shadow Puppets records, the Wirral’s finest, Miles Kane, is heading out on a massive UK tour that stops at O2 Academy Leeds on Sunday night. He’ll be showing off tunes from new album, ‘Change The Show’, alongside more than a few old favourites. Support comes from up-and-coming songstress, Brooke Combe.

Gyles Brandreth. He’s had quite a life, Gyles Brandreth, as an MP and and as a star of TV, now he’s going to tell you all about it on his latest tour, ‘Break a Leg’. The author and star of The One Show, Just a Minute and Have I Got News For You will be celebrating all things political and theatrical in a spectacular evening full of wit, wisdom and, of course, name dropping.

Bring The Laughter. Luv Entertainment are promising a night of hilarity to close out your weekend in Leeds at The Wardrobe. Bring The Laughter offers a stacked bill of stand-up brilliance. It kick off with Kai Samra and Tamer Kattan, before Mock the Week and Comedy Central star Tez Ilyas and ITV’s Show Me the Funny presenter Patrick Monahan hit the stage. 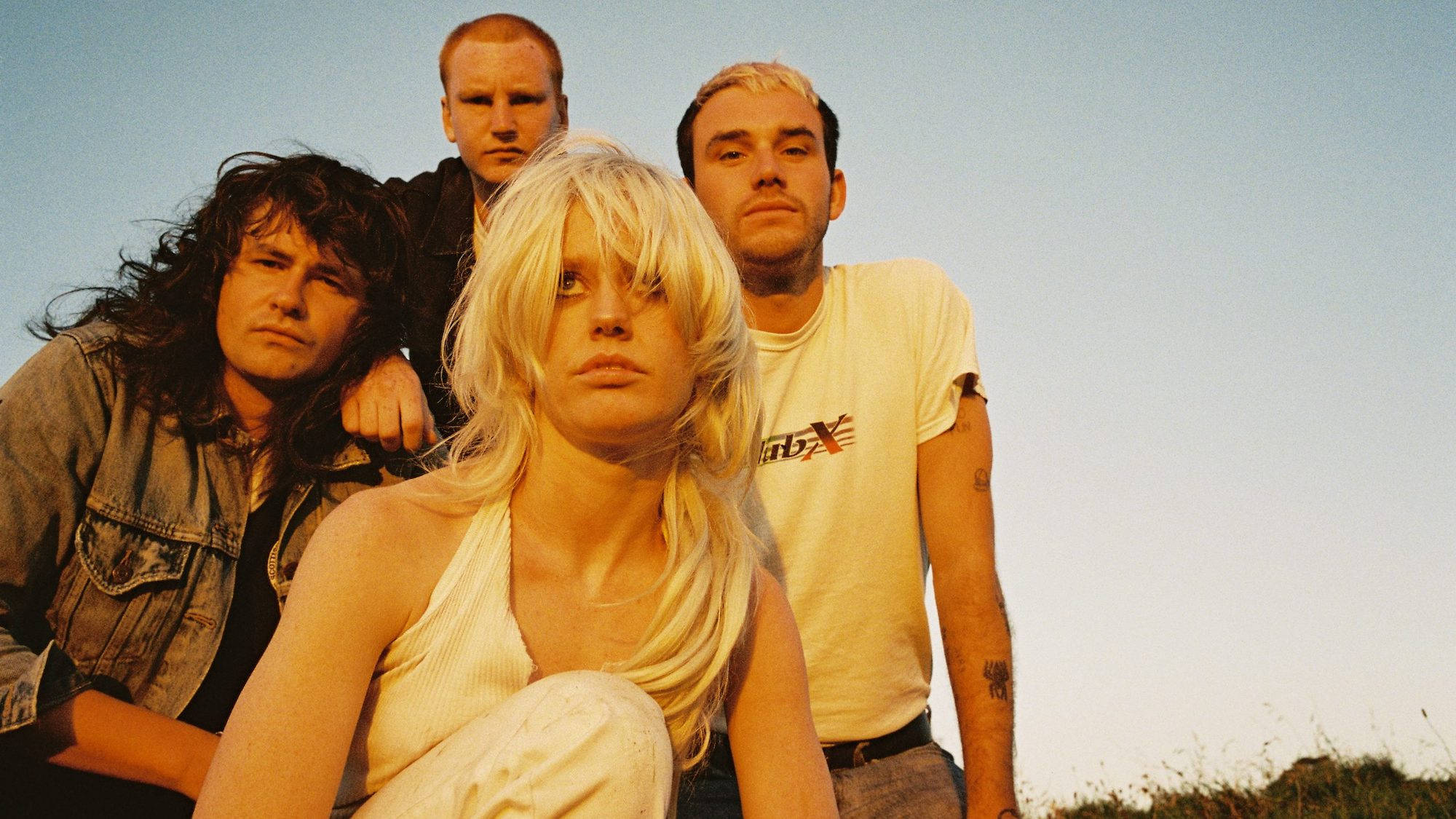 TOPS. Canadian indie rockers TOPS are headlining the Brudenell Social Club on Sunday night. They follow a rich history of Montreal-based indie talent, and since song-writing duo David Carrier and Jane Penny teamed up with drummer Riley Fleck in 2012, they have become one of the most influential underground bands around. Check them out showcasing fifth album, ‘Empty Seats’.

Amyl and the Sniffers. Punk rock can never die, not when there are bands like Australia’s Amyl and the Sniffers around. Formed in a Melbourne house share back in 2016, they’ve taken the world and every stage they’ve played on by storm with their frenetic live show and contagious melodies. They come to Leeds University Union to end the weekend.

Company of People. Want to get moving and grooving? House of Flava and Yorkshire Dance have teamed up to put on a special dance and movement programme at the latter’s St Peter’s Square HQ for members of the queer, trans, intersex, black and people of colour community. Led by artists Bakani Pick-up and Shirani Brook, you’ll explore how our bodies respond to music.