5 Major Developments in the Pipeline for Leeds

Take a look at the massive projects happening across Leeds. 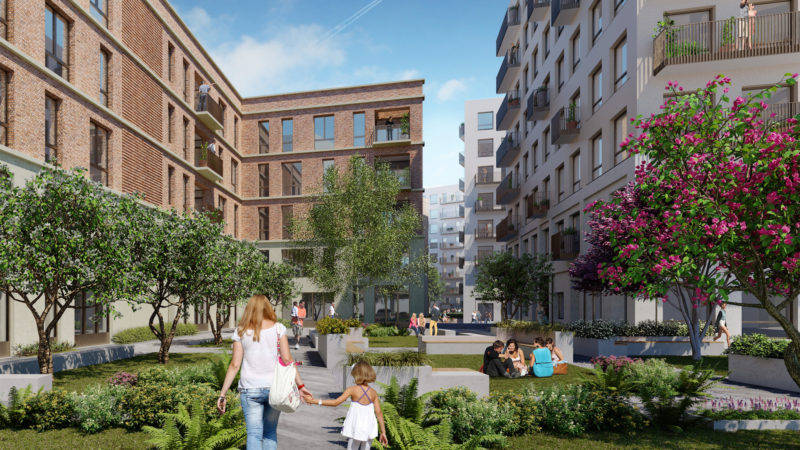 These are the major developments that are going to change Leeds for the better in the coming years, so take a look at what’s going on.

There are loads of big developments pushing Leeds forward, but these five will have a transformational impact on the city. They’re game-changers that will help Leeds fulfil its enormous potential. From the new tallest building in the city to state-of-the-art hospital improvements that will transform healthcare in the city, they’re going to change Leeds for the better. Find out what’s in store…

The riverside community and park in Leeds city centre Tetley’s Brewery was once a thriving hub of industry, now it’s set to become a buzzing community in the heart of the city centre. The £155 million development will create 850 new homes, 85,000 square metres of office space and 15,000 square metres of leisure space. There will be new hotels, pubs and restaurants too, but the best bit is the new five-acre city centre park that will stretch from the banks of the River Aire over to Crown Point. Not only will it be a place to relax and socialise, but it will also create a new events space for the city.

The skyline-changing complex with a greenway viaduct The former Doncaster Monkbridge metalworks site is one of the most exciting mixed-use developments in Leeds. Five skyline-altering buildings, the tallest of which stands at 36 storeys, will add a staggering 498 new homes to the city centre, but it’s the new Leeds High Line that has us bouncing up and down like excited toddlers. The old railway viaduct will be transformed into an open air garden walkway 25 feet above the ground. It will stretch from the West End to the South Bank and the arches beneath will be turned into new leisure units.

The rebirth of Leeds General Infirmary Two new hospitals will be built in Leeds over the next 10 years, as part of the Hospitals of the Future campaign to transform healthcare in the city. The first will expand the critical care services by adding new state-of-the-art theatres and introducing a high-tech radiology department. The second will be a dedicated children’s facility that will bring all of Leeds Teaching Hospital’s paediatric care into one purpose-built unit to create a dedicated space for children to receive the vital care they need.

The new tallest building in Leeds 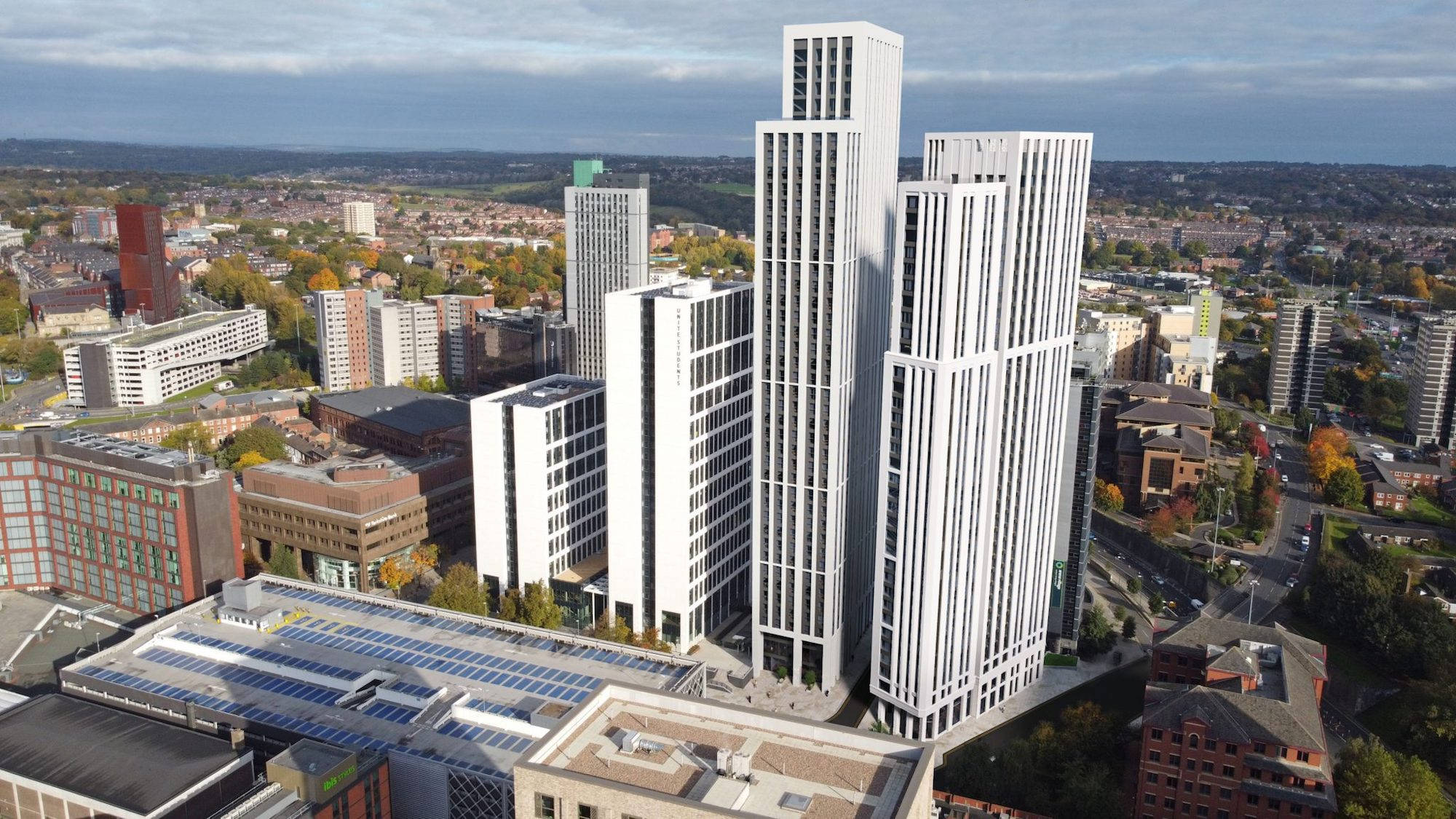 Altus House has only held the title of tallest building in Leeds for a matter of months but another Leeds tower will overtake the 38-storey skyscraper in the next few years. Olympian Homes have purchased the empty Arena Point office block next door and been given the green light to move forward with their bold plans. The current 19-storey block will be demolished and replaced with a new 43-storey student accommodation tower complete with room for 705 students, communal areas and a series of retail and leisure units. 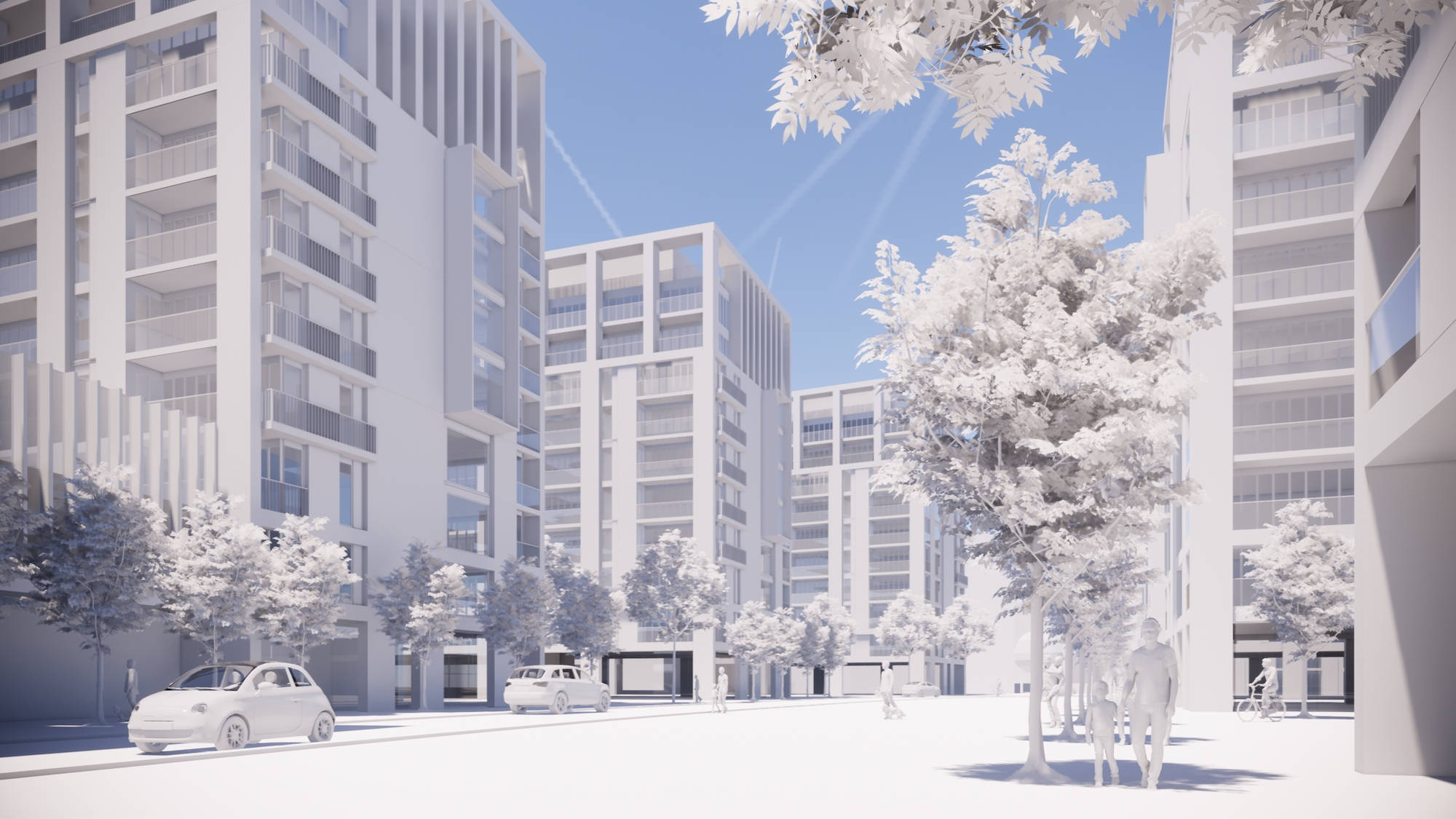 A 13.1-acre site on Kirkstall Road that used to be home to a First Bus Depot and a chemical works will rise again in the coming years. Latimer Developments have revealed plans for a major mixed-use regeneration scheme on the banks of the River Aire. 1,400 homes form the cornerstone of the project, across flats, townhouses and student accommodation blocks. But alongside the living quarters, you can look forward to retail, leisure and commercial space, a new riverside park and a new footbridge, all within walking distance of the city centre.