15 Secret Things You Never Even Knew Existed in Leeds

Psst! These are Leeds’ best-kept secrets. 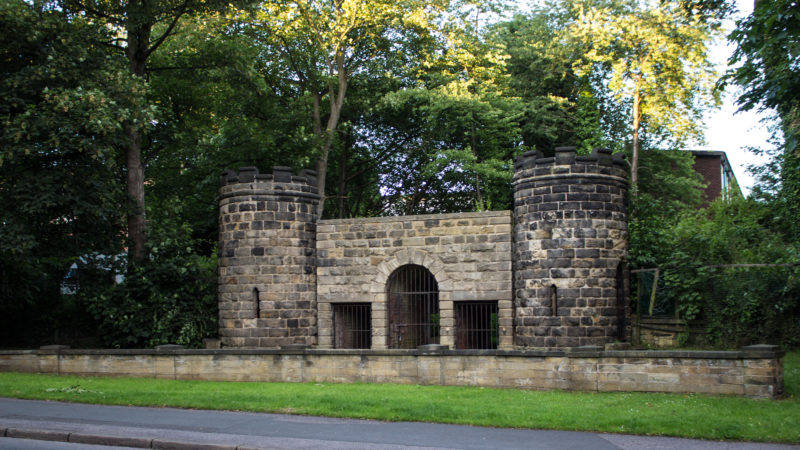 There’s more to Leeds than meets than eye, but what secrets is it hiding? We’ve uncovered some of the best…

Leeds is a big city and like any other big city, it has a few secrets under its belt – some better hidden than others. But what could they possibly be? Well, wonder no more, because we’ve found them all out so you don’t have to. From mysterious underground worlds to forgotten cinemas and remnants of ancient history, not everything is as it seems around these parts. So find out what you’ve been missing all this time as we expose the 15 things you probably never even knew were here. 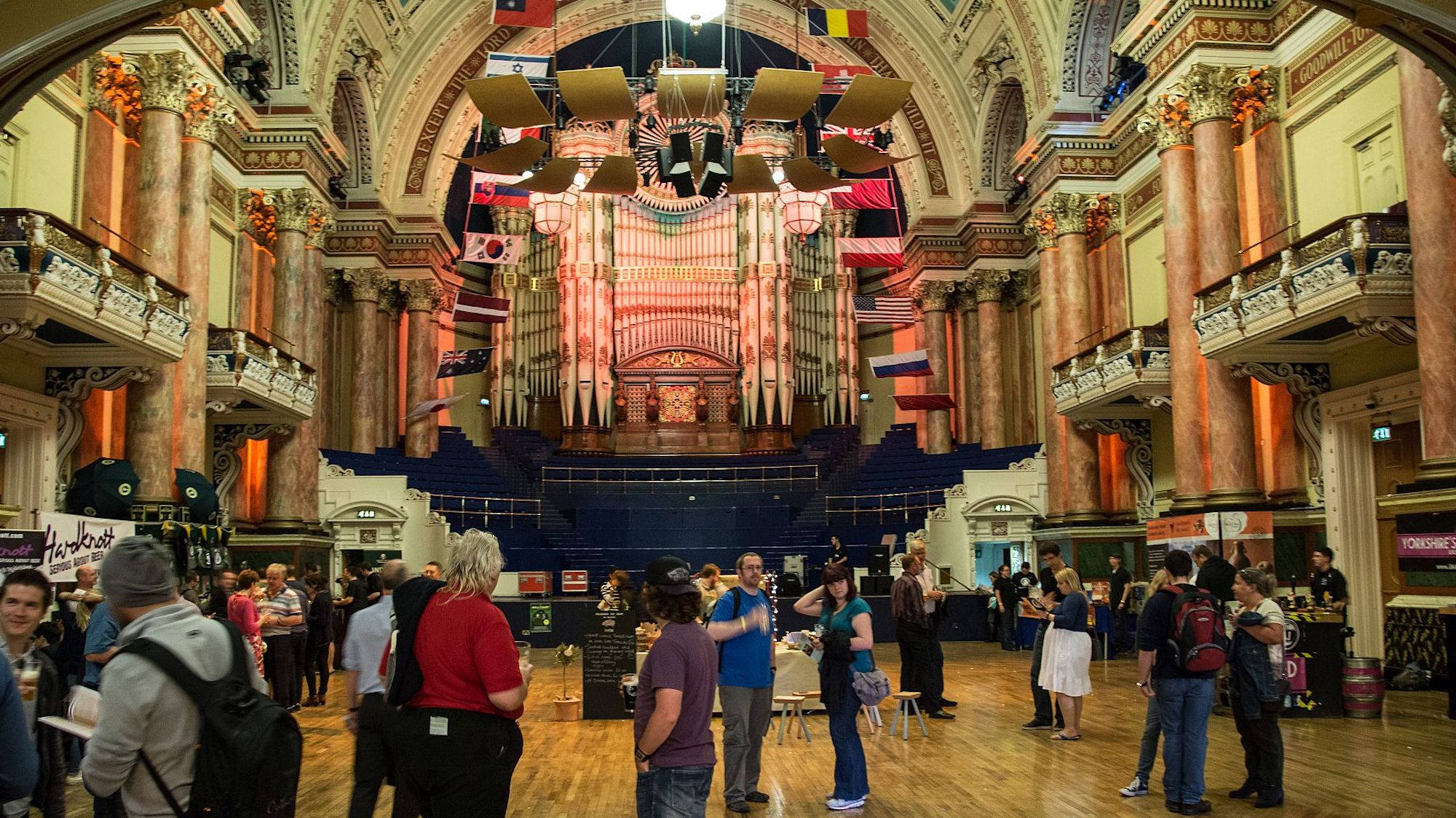 The Leeds Town Hall organ is one of the finest and largest instruments of its kind in Europe. It was played publicly for the first time when the building was opened in 1858 by Queen Victoria, but the instrument was not completely finished until the following year. Measuring a staggering 12-metres high by 12-metres wide and weighing 40 tonnes, it’s played a key role in the story of music making in the city. To this day, it’s an integral part of the Leeds International Concert Season and features each year in the Leeds International Film Festival.

The Scheduled Monument in Gipton Wood 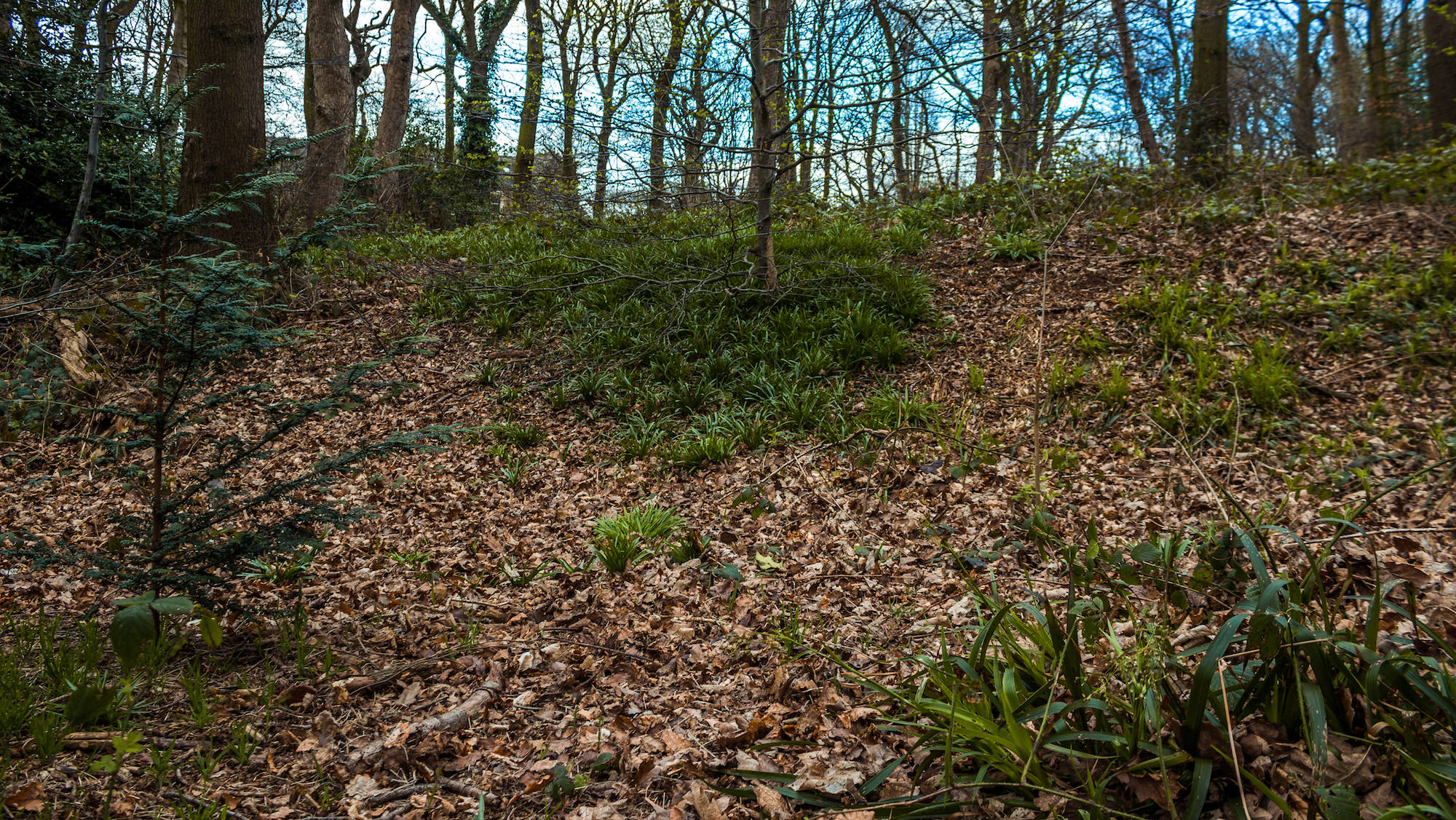 Gipton Wood is an ancient replanted woodland, but you’ll find more than just natural beauty here. In fact, the D shaped earthworks hidden in the woods are a Scheduled Monument, which means they’re both protected and of national significance. The monument includes a late prehistoric enclosed settlement and the surviving part of another, situated in Potter Newton at the north end of the wood. Together, they make a rather important contribution to the understanding of late prehistoric settlement and land use in northern England. Cool, ey?

The exhibition space in a pre-war house 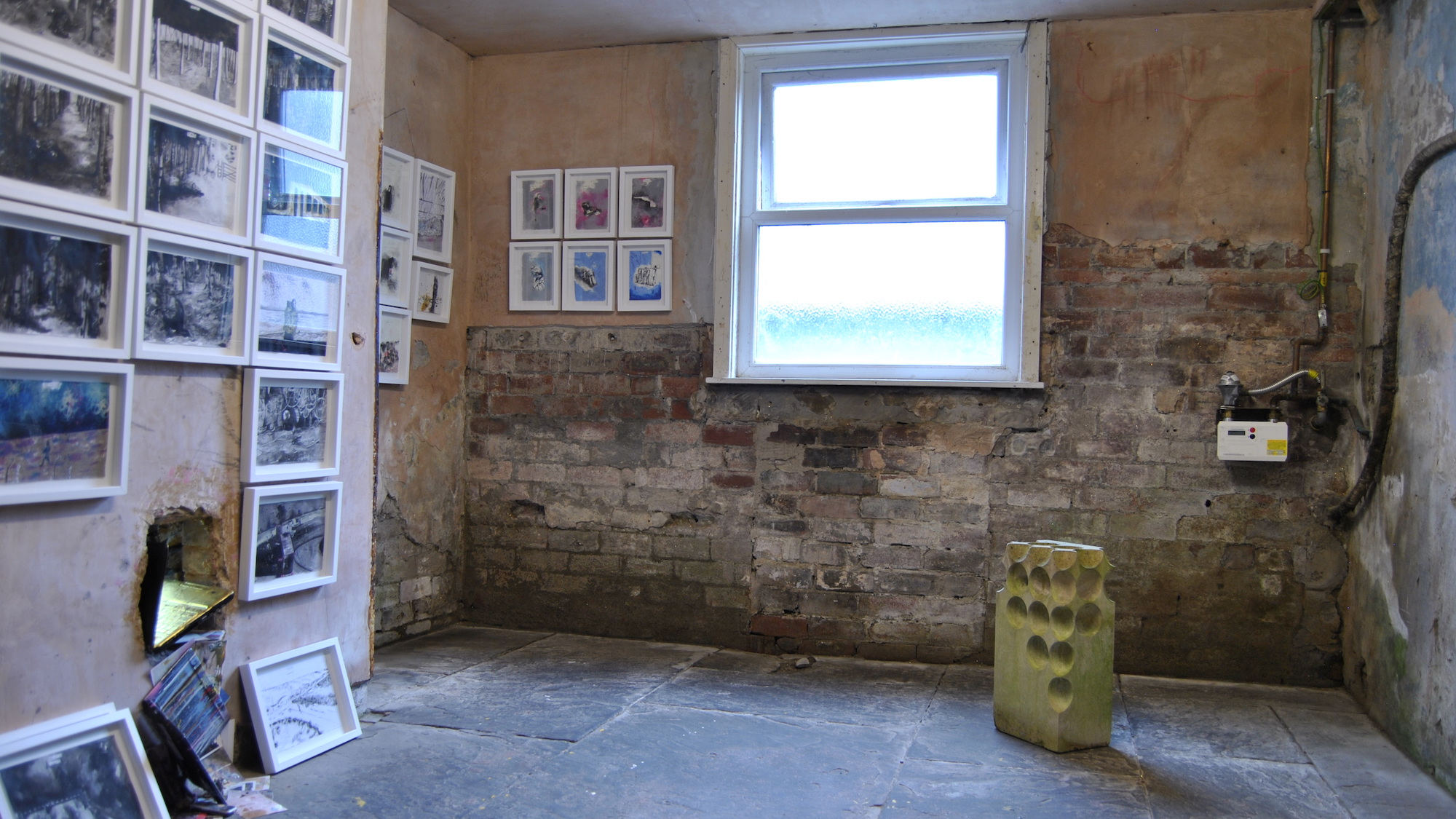 Leeds has plenty of high-profile art galleries, but it’s the one you probably don’t know about that’s the most innovative. Finding a post-graduate exhibition space in Leeds was a near-impossible task until BasementArtsProject came onto the scene in 2011. Transforming a mid-terrace house into an artist’s haven, they have an open submissions policy which enables artists from near and far to put their work on show. Stop by for tea and biscuits (or a free lunch!) and get stuck into a conversation about the art that adorns its rooms and hallways.

The hidden vineyard on the outskirts 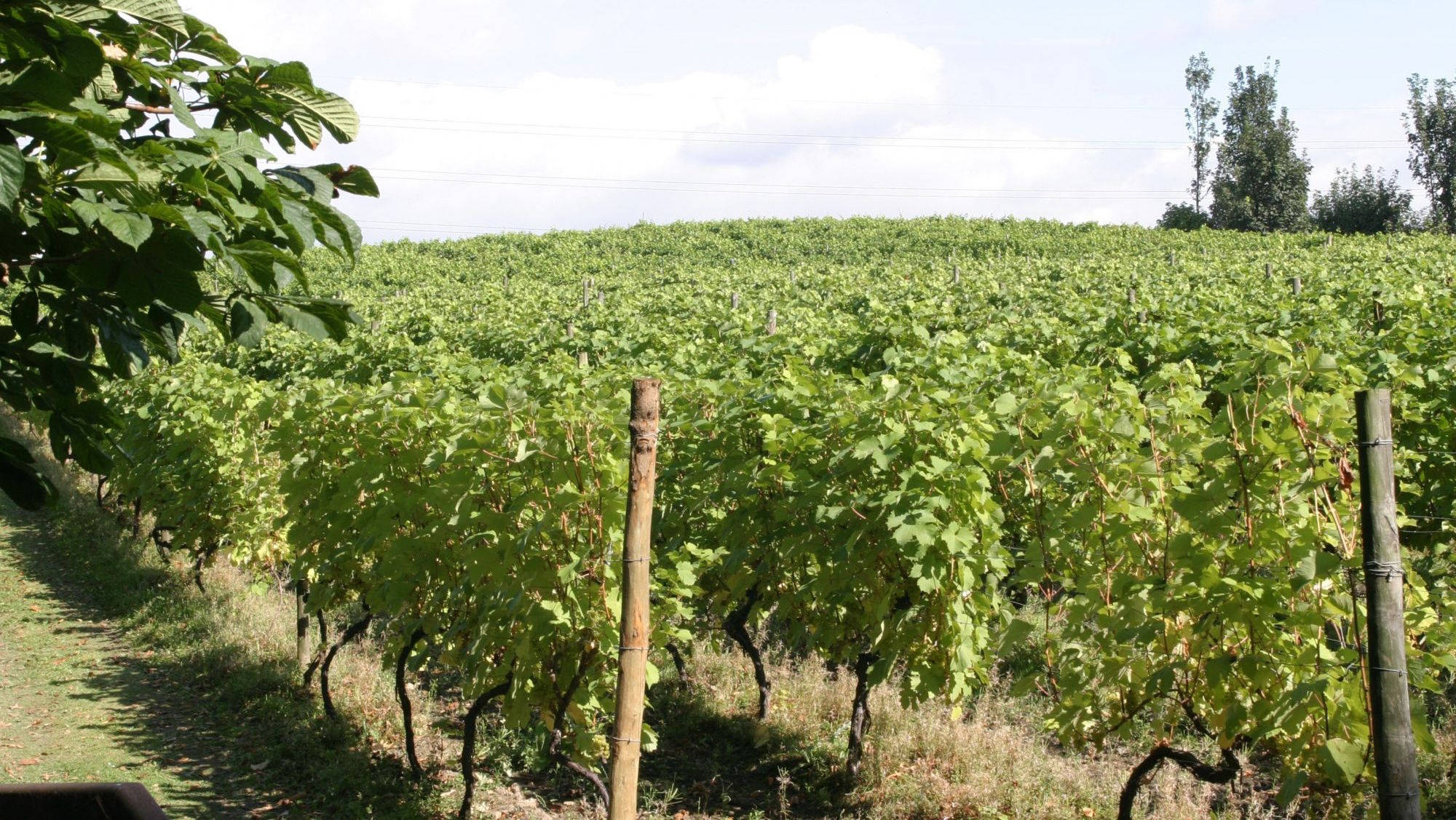 Believe it or not, Leeds has its very own vineyard. Leventhorpe Vineyard can be found on a site that’s surprisingly well-suited to grape growing. Once they’re ready to be picked, the grapes are made into wine – white, red and rose – in their purpose-built winery. They’re then matured in the bottle for at least two years and go through a rigorous process of testing and tasting to obtain their Protected Geographical Indication status. All of their wines can be bought at the vineyard itself, where they’re more than happy to help you find the perfect tipple.

The forgotten zoo in the suburbs 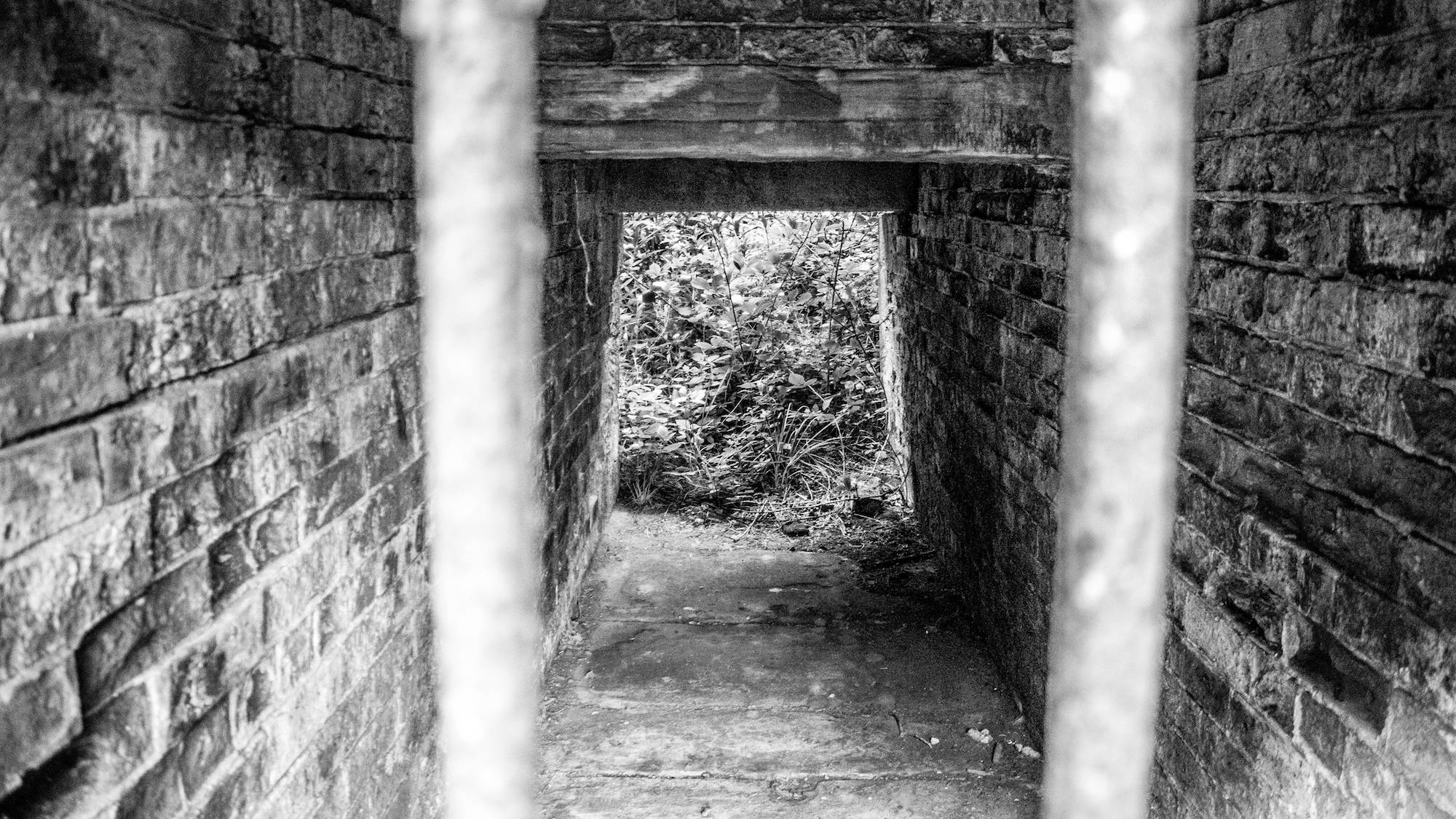 A zoo? In Leeds? Yep! Leeds Zoological and Botanical Gardens, also known as Headingley Zoo and later the Leeds Royal Gardens, was open between 1840 and 1858 in Headingley. The zoo was never particularly successful, in fact, only part of the envisioned plan was built and the gardens closed permanently in 1858. The site was redeveloped for the construction of Cardigan Road and today, few traces of it remain – the bear pit and the original stone perimeter wall along Chapel Lane – both Grade-II listed and free to see for yourself.

The long lost cinema in a shopping centre

When the old Odeon picture house opened in The Merrion Centre in 1964 it was the first cinema to be built in the city for 30 years. It was a modern and luxurious cinema compared to others in Leeds at the time, but it only welcomed cinema-goers for 13 years before closing in 1977. Strangely enough, it’s been left largely untouched ever since. The former entrance is where you’ll find cash machines, but head upstairs to the upper balcony and you’ll encounter a set of sealed double doors that would take you into what remains of the old cinema.

You can find the entrance in The Merrion Centre, Merrion Way, Leeds, West Yorkshire, LS2 8NG. Find out more about the lost cinema in the Hyde Park Picture House heritage project, Hiding In Plain Sight.

The buried dead at the University of Leeds 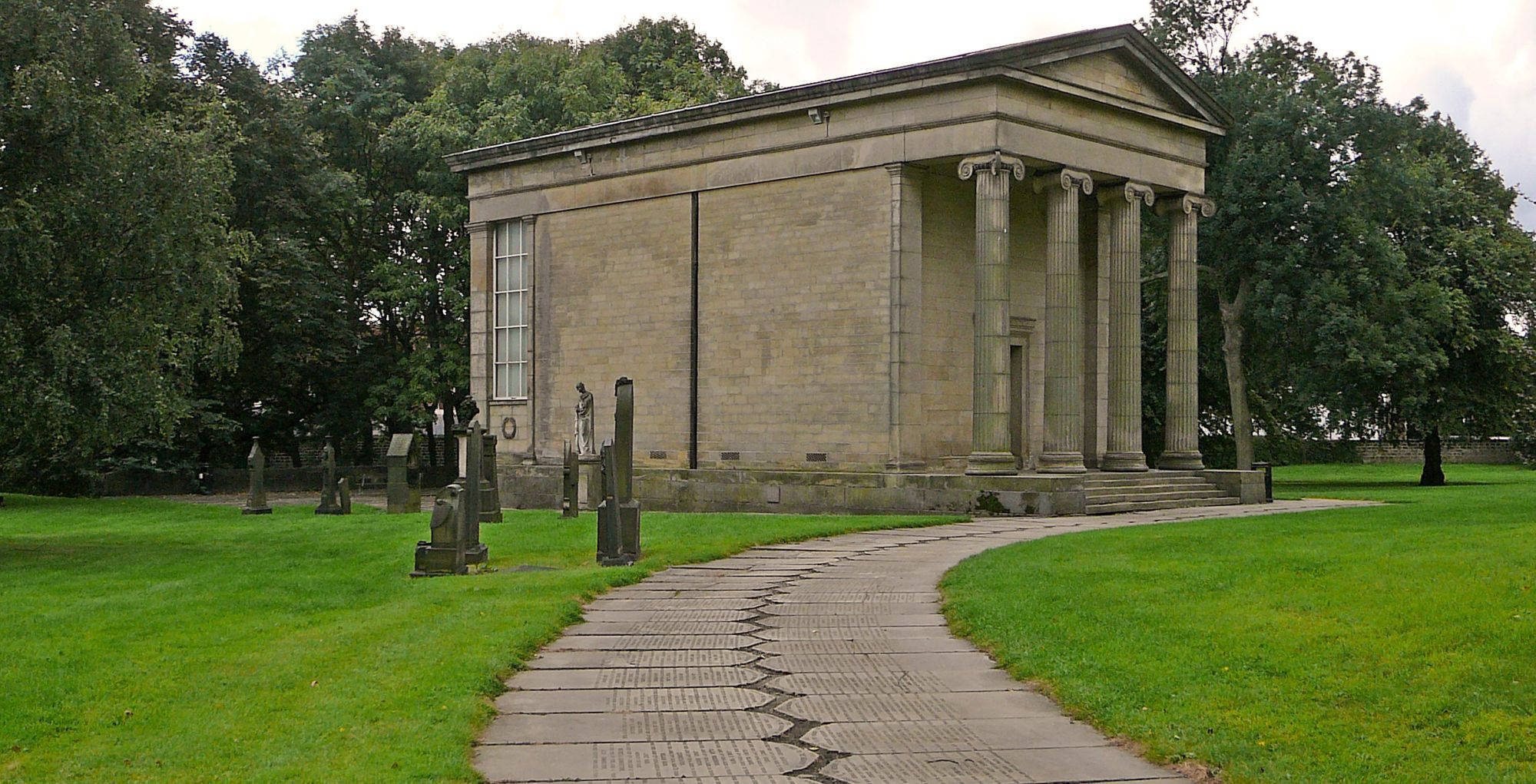 Previously the Leeds General Cemetery, St George’s Field is a space where the dead and the living coexist. Between 1835 and 1969, over 97,000 people were interred at the cemetery. Meanwhile, today the area sits on the University of Leeds campus and is open to the public – chances are you’ll catch a few students on their breaks here. Over 100 casualties from the First and Second World Wars lay here, though the majority of headstones and memorials have been removed and the land grassed over.

The grave of the UK’s first black circus owner

Pablo Fanque lived an incredible life to say the least. He was born William Darby, and despite a tragic start in life, he grew up to be the country’s first black circus owner. He travelled the length and breadth of the country with his circus, which was considered to be one of the best in the early Victorian era – regarded as the golden age of the circus. The majority of Fanque’s shows took place in Leeds, and the city later became his final resting place. His grave can be found today in St George’s Fields.

The haunted school for young boys

The East Moor Reformatory was founded in 1857 by the Leeds Society for the Reformation of Juvenile Offenders on the outskirts of Adel. The location was deliberately chosen to be removed from the temptations of the city – for obvious reasons. From housing 50 boys in 1958 to 160 at its height, the school for naughty boys saw some rather notorious pupils before eventually shutting down in 1972. Long since deserted, there are plans to transform this eery village into an estate of new-build homes alongside a nursing home.

Credit: Rick Carn licensed under Creative Commons for commercial use.

It’s the place to be when the sun comes out, but have you noticed the rather big mound on Woodhouse Moor? The concrete slab on top of it offers a clue or two as to what lies underneath – the air raid shelter it marks is a time capsule to Leeds’ past. Split into two sections, one for men and the other for women and children, with a corridor in between, the entrances have been covered by brick and rubble, but past that lies a window into one of the most significant times in the country’s – and the world’s – history.

You can find the exterior of the shelter on Woodhouse Moor, Woodhouse Lane, Woodhouse, Leeds, West Yorkshire, LS6 1SJ.

The anti-aircraft guns on an old farm

You may not find guns here anymore, but what you will find is rock-hard (literally!) evidence that they were indeed once here. Just west of the Avro Factory is an old military site named Station H21 that was widely believed to have been used for radar purposes. Contrary to the rumours, it was actually an anti-aircraft gun emplacement, home to four 3.7-inch guns and a central control bunker. Few of these sites exist today in such complete form, which is why the site is now a Scheduled Monument.

Ever wondered what came before Leeds Train Station? What stands today was actually built on top of another earlier station. Leeds’ first proper station was the temporary Wellington Station – built in 1846, it became a permanent fixture in 1850 until 1869. That was when the Leeds New Station was built and remained until 1938, when the two were merged to form Leeds City Station. It was rebuilt above the old stations, hiding away a network of corridors with old clocking-in rooms and toilets with working plumbing which date back to the original.

The mysterious crop marks in a tiny village

Ledston is a quiet West Yorkshire village, about half an hour’s drive away from Leeds city centre. Despite its appearances, it has a secret hidden up its sleeve – a set of rather spectacular crop marks. Unlike many other examples, where marks are on isolated enclosures, Ledston’s covers an area of 1,100 square kilometres. Archaeologists have discovered trackways, field boundaries and large storage pits cut into the hard limestone beneath, all of which are significant evidence of an Iron Age settlement – that’s thousands of years ago!

The windmill that’s also a hotel

Hotels don’t often come with an old windmill at their centre, which is what makes Seacroft’s Brittania Hotel that bit different. Known as the Seacroft Mill, it was once part of a big farm and was used to grind corn for years, before closing in the early 20th century. The housing boom saw the rest of the farm’s buildings knocked down and replaced with homes in the late 1960s, and while the windmill may seem slightly out of place, it’s no doubt that it’s still an impressive piece of the past.

The modern stone circle that’s in use today

When you think of stone circles, you probably think of Stonehenge, but you don’t have to go that far to see one. Thwaite Watermill has its own modern stone circle. Inspired by an idea the site’s caretaker Tony Douglas had, the circle was created by artist Melanie Wilks in 1997. There are four stones to represent the four points of the compass, with four more to signify sunrise, midday, sunset and nighttime. And they’re not just for show – they’re actually used for rituals by local pagan groups!