11 Yorkshire Ruins That Will Stun & Amaze

Ruined relics of old tell the tales of Yorkshire’s epic past. 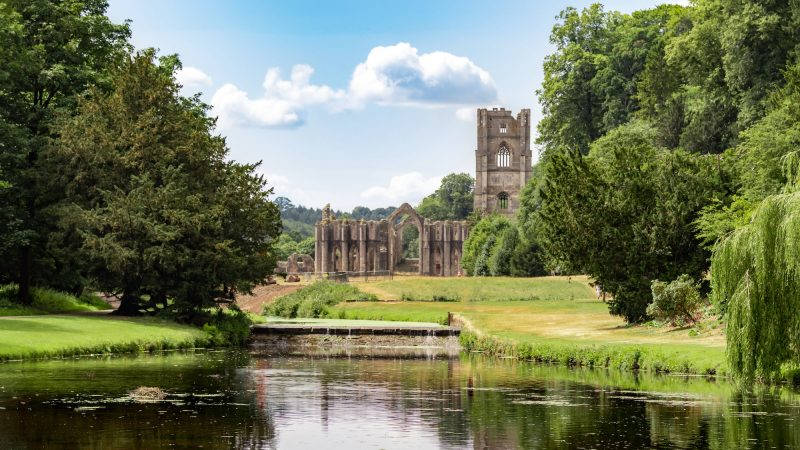 The magic of old ruins isn’t what they don’t have, it’s all about the stories we learn from what’s left behind.

You can’t move for inspiring history in Yorkshire, it’s around every corner, across every moor, down every river. Some of these examples are fully preserved, others have been left as ruins, and it’s the latter that provide the dramatic insight into days gone by. From abbeys to castles, country estates to mills, they give us a glimpse into a God’s Own County that’s long gone, but still very much with us. 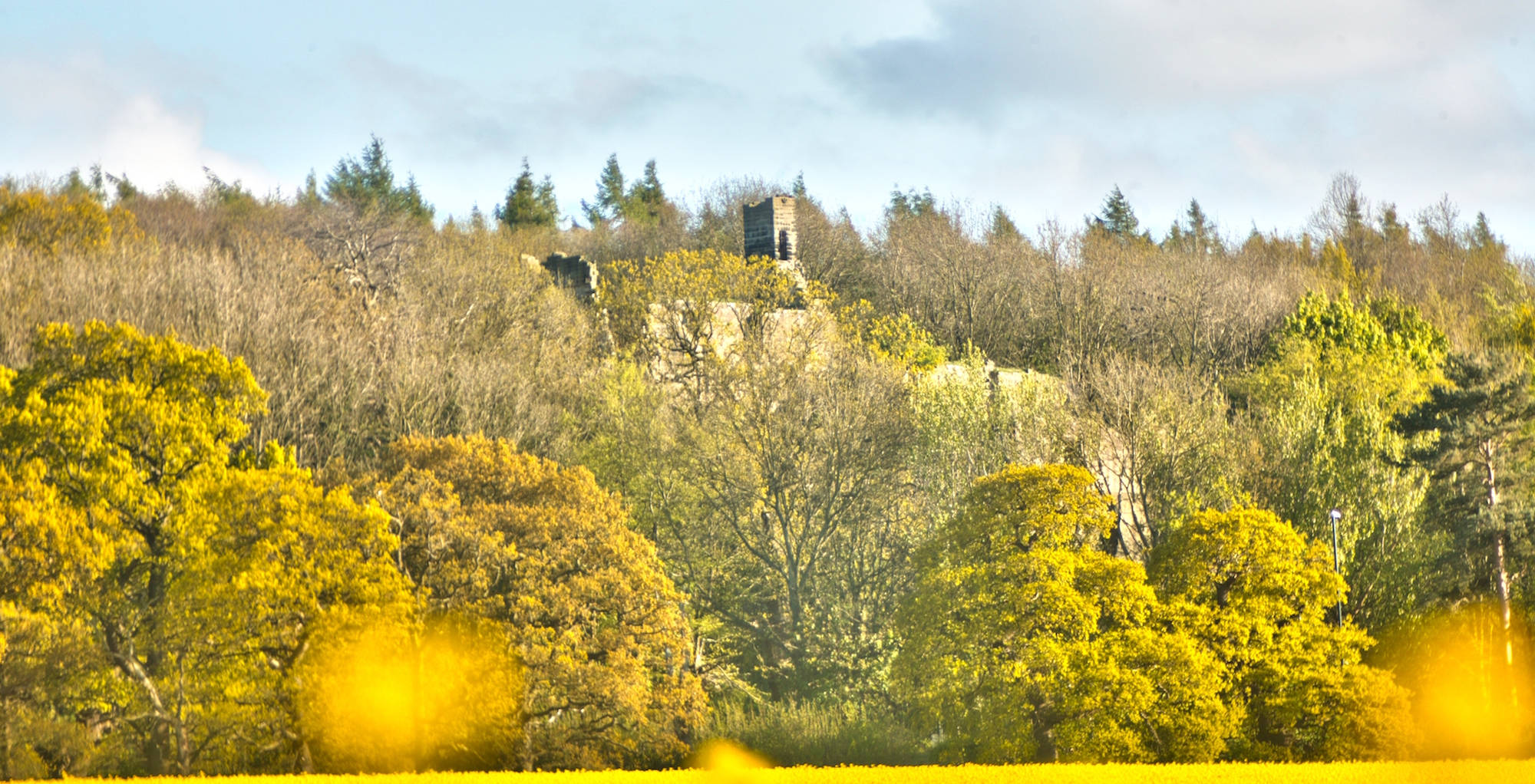 Credit: jcw1967 licensed under Creative Commons for commercial use.

Harewood is a famous estate with so much to see and do, but did you know it’s home to one of the most amazing ruins in Yorkshire? Harewood Castle was a 14th-century fortress. Today it’s a shell of what it once was, but it’s still a wonderful, tree-encircled sight and a multi-million-pound renovation has protected it for future generations. Up to the 1630s, it housed important families and since, it’s been the subject of works by artists like J.M.W Turner. 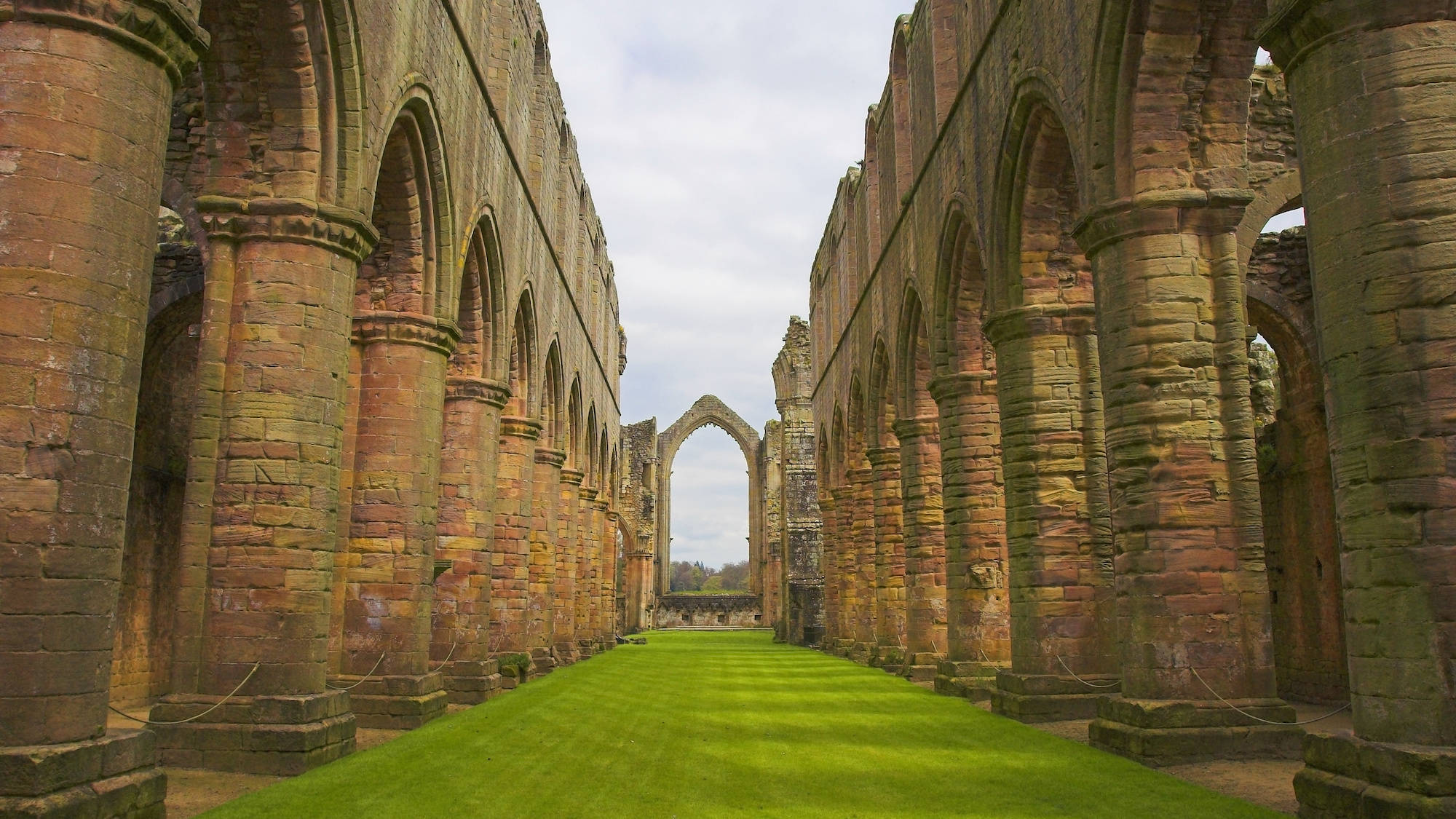 A ruined Cistercian abbey near Ripon, Fountains Abbey is one of the most well preserved in the UK. Built in 1132, it was a working abbey for over 400 years until Henry VIII brought his dissolution down upon it. What’s left is remarkable, so much so it’s now a designated UNESCO World Heritage Site. The precinct covers 70 acres, making it one of the largest abbey ruins in the country, while the nave offers an incredible vantage point as the abbey towers over you. 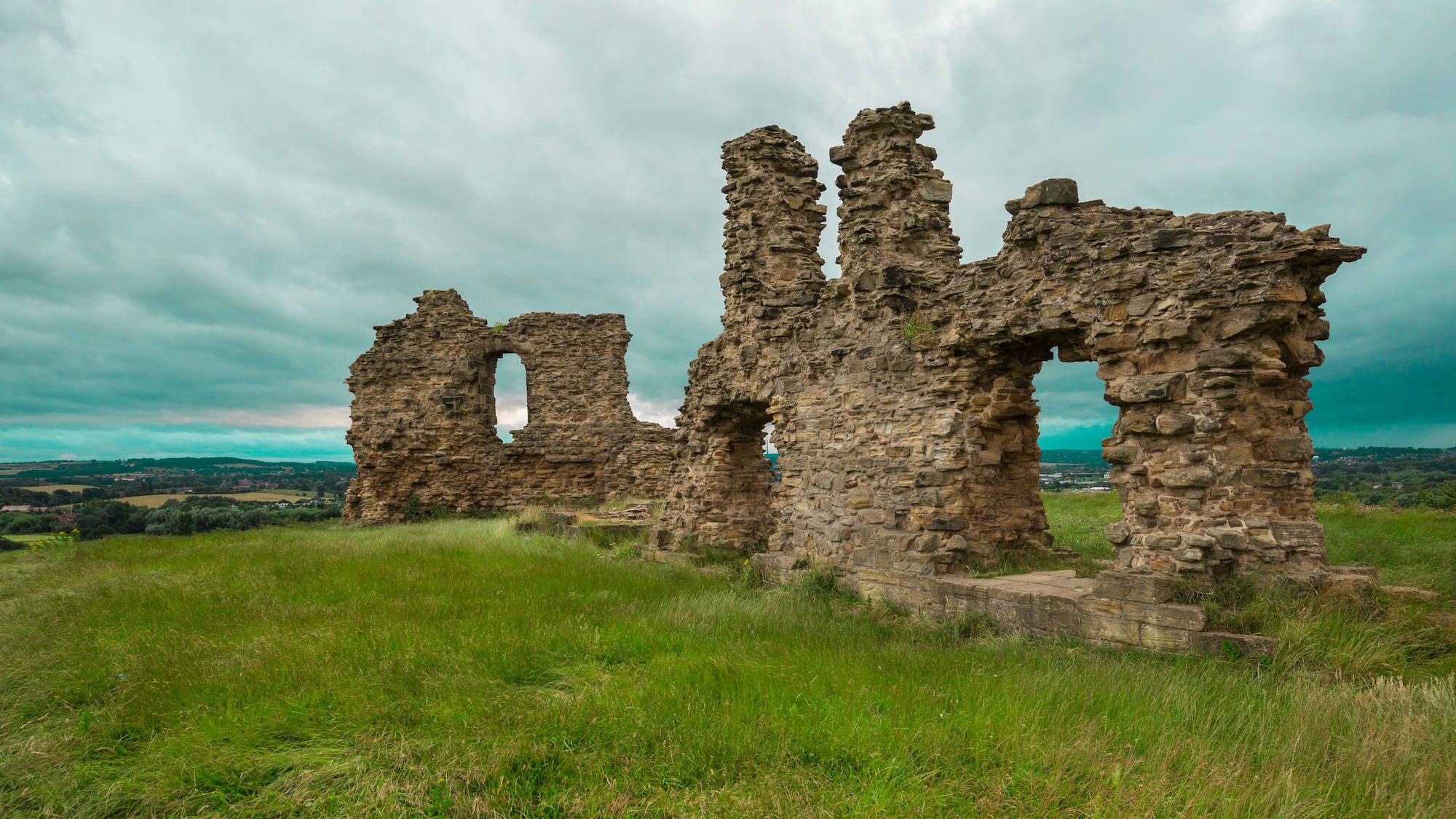 Sandal Castle is the unsung hero of Yorkshire’s early history. Built during William the Conqueror’s reign, it was the scene of important battles on the sandstone ridge known as Oaks Top – the views over Wakefield are still incredible up there. The moat and barbican are still intact and offer insight into its past as the home of the influential Warrenne family before it played a key role in the English Civil War and the Wars of the Roses – it even featured in Shakespeare’s Henry VI. 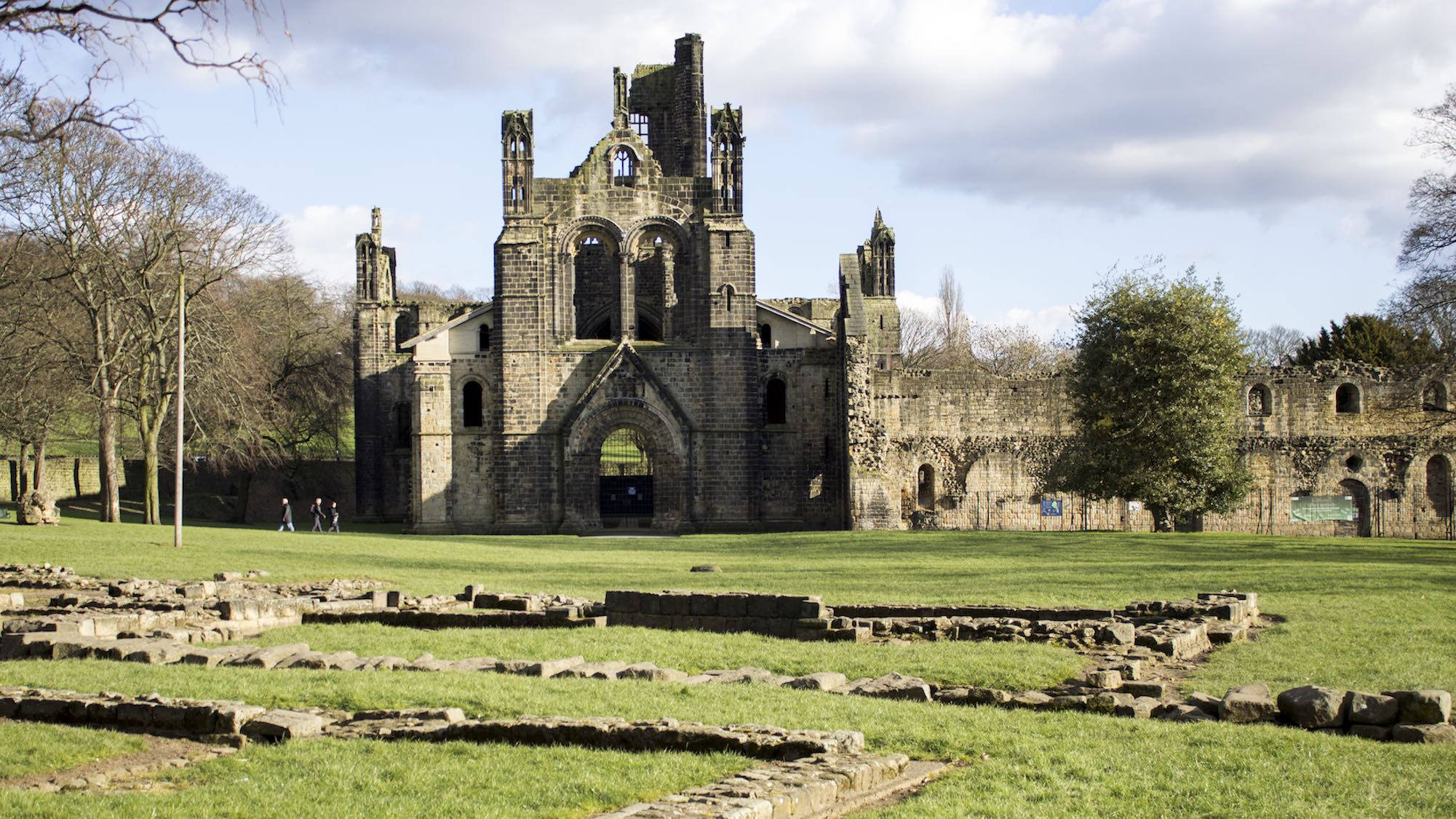 The most iconic ruins in Yorkshire, Kirkstall Abbey was founded in 1152 as a Cistercian monastery and the monks who lived there played a major role in Leeds life for centuries. The Dissolution of the Monasteries struck in 1539, with stonework being removed to build landmarks like Leeds Bridge, but today it’s recognised as one of the best-preserved abbeys of its kind in the UK, with its beauty recorded by the strokes of artists like Turner, Cotman and Girtin. 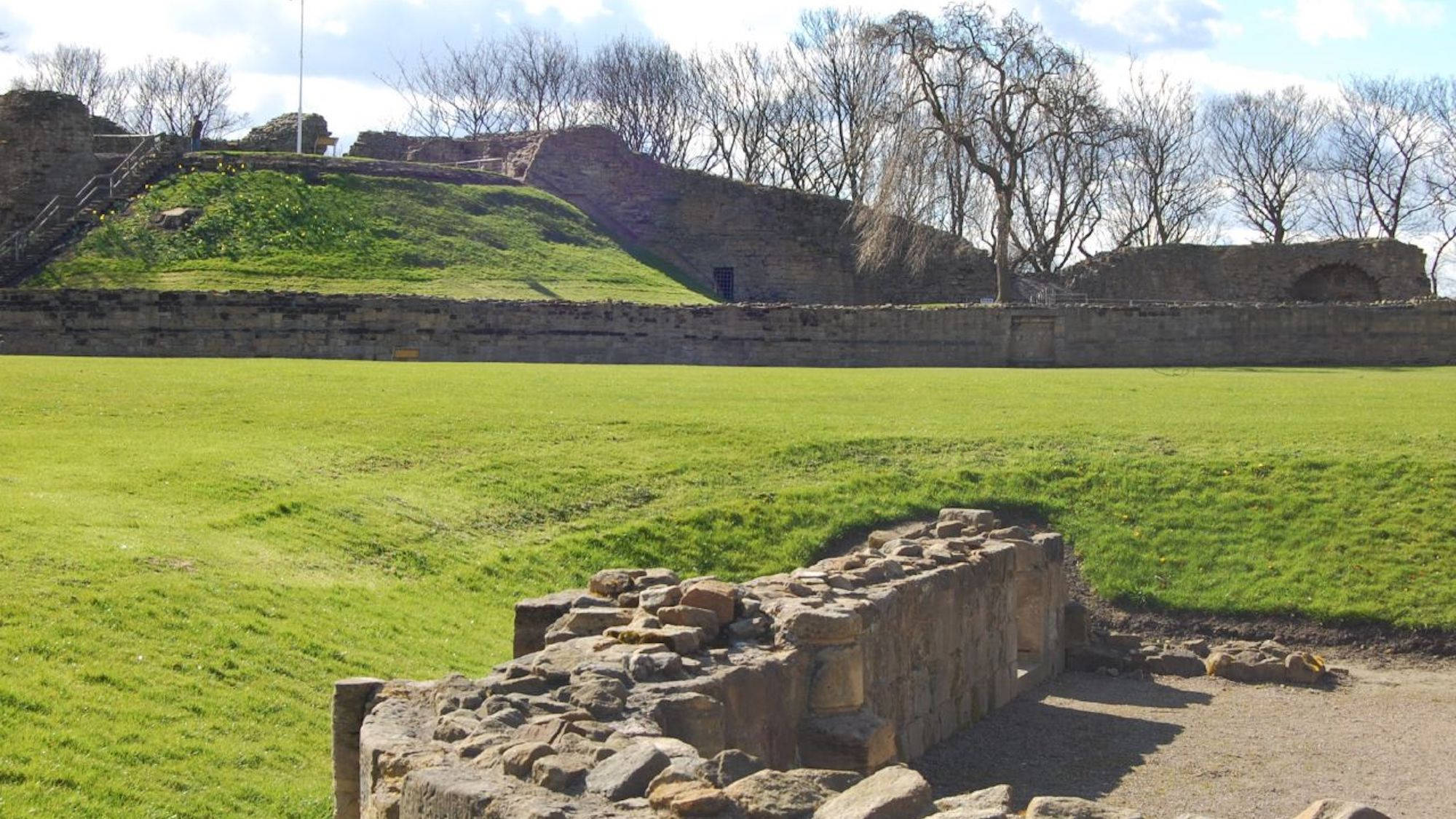 Credit: Jonathan Brennan licensed under Creative Commons for commercial use.

One Yorkshire ruin is the site of the death of a king. Built in 1070 by Ilbert de Lacy after the Norman Conquest, Pontefract Castle fell into the hands of John of Gaunt, the son of Edward III, whose predecessor, Richard II, is believed to have been murdered here in 1400. The grisly history endures and despite its ruination during the English Civil War in 1644, it’s still an incredible landmark to behold. The keep is well-preserved and offers incredible views over Pontefract. 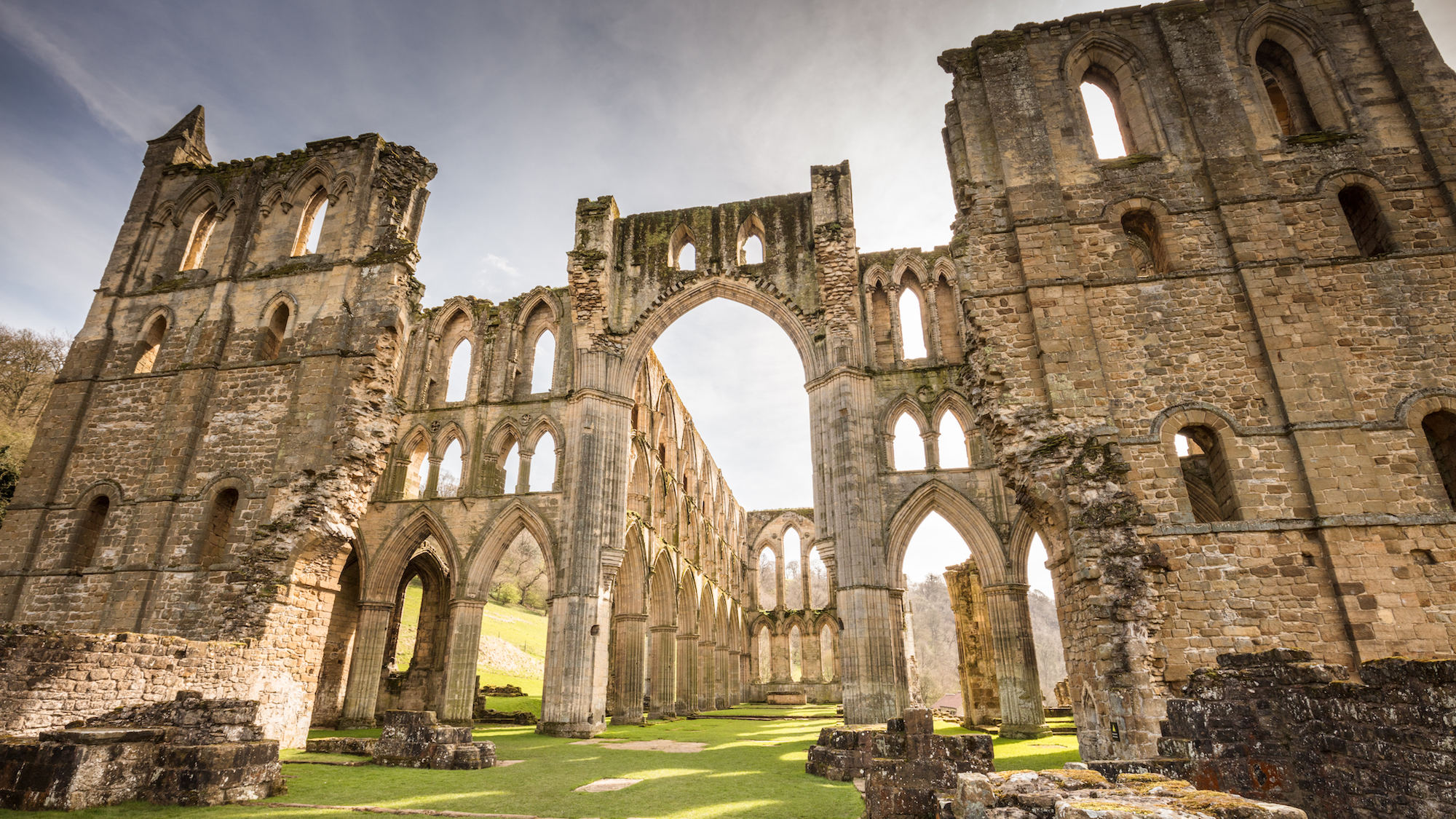 Once a hugely powerful Cistercian priory, Rievaulx Abbey was the first to be established in Yorkshire and held huge influence until it was ruined in 1538. Its influence didn’t stop there, though – it became a huge source of artistic inspiration, especially for romantic writers and artists. It spans a huge area and you can still walk through the two-storey presbytery, across the south transept and amongst the foundations of the old chapter house and the infirmary. 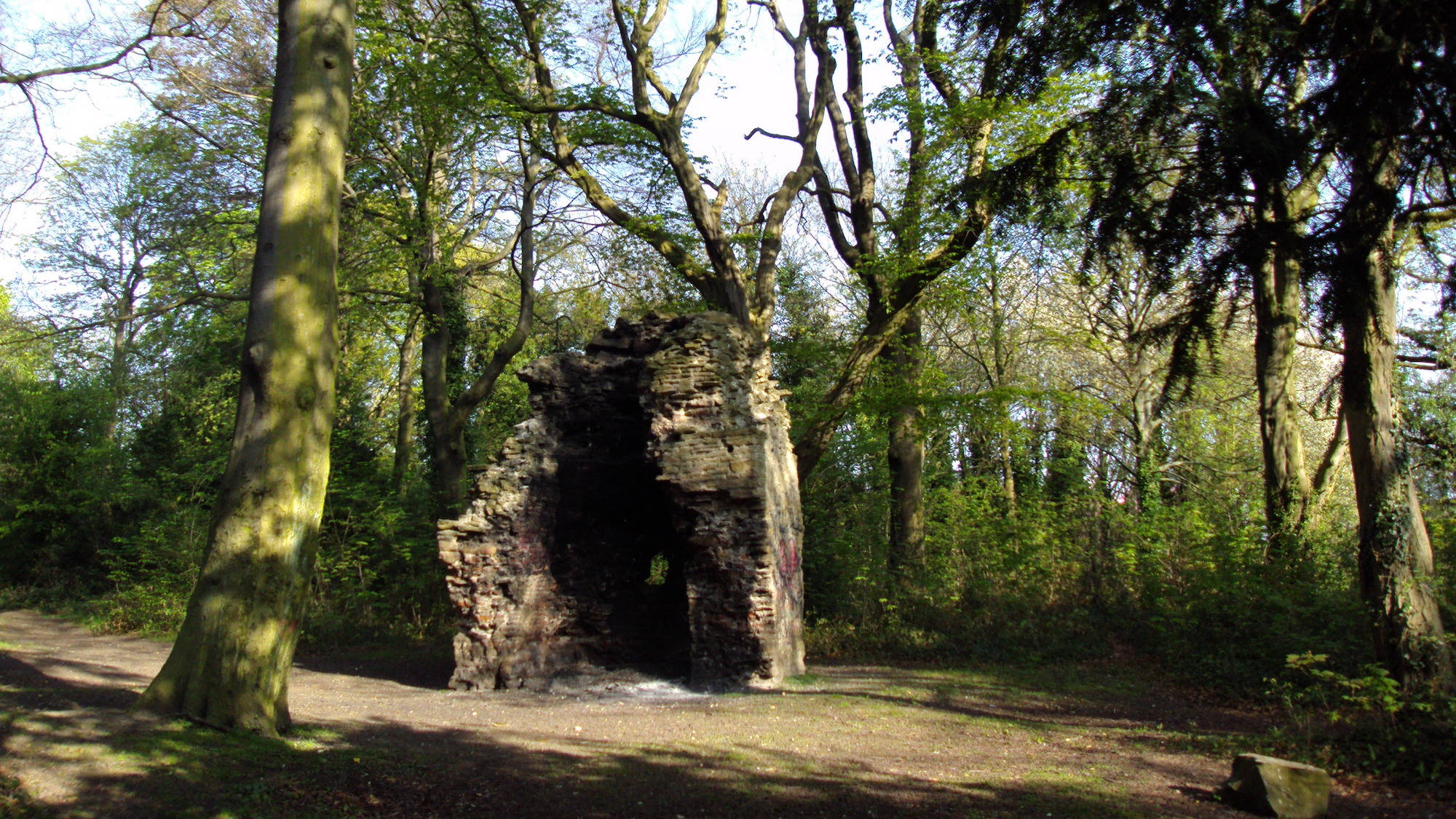 Dewsbury’s Rectory Park is one of the most historic green spaces in Yorkshire thanks to the traces left of Thornhill Hall. It dates back to the 1300s and during the reigns of Edward I, Edward II, Henry III and Edward III, it was one of the most powerful seats in Yorkshire as home to the Thornhill and Saville families. Although it was burned down by Parliamentarians during the English Civil War, you can still glimpse the area’s once-vital status at the house and moat. 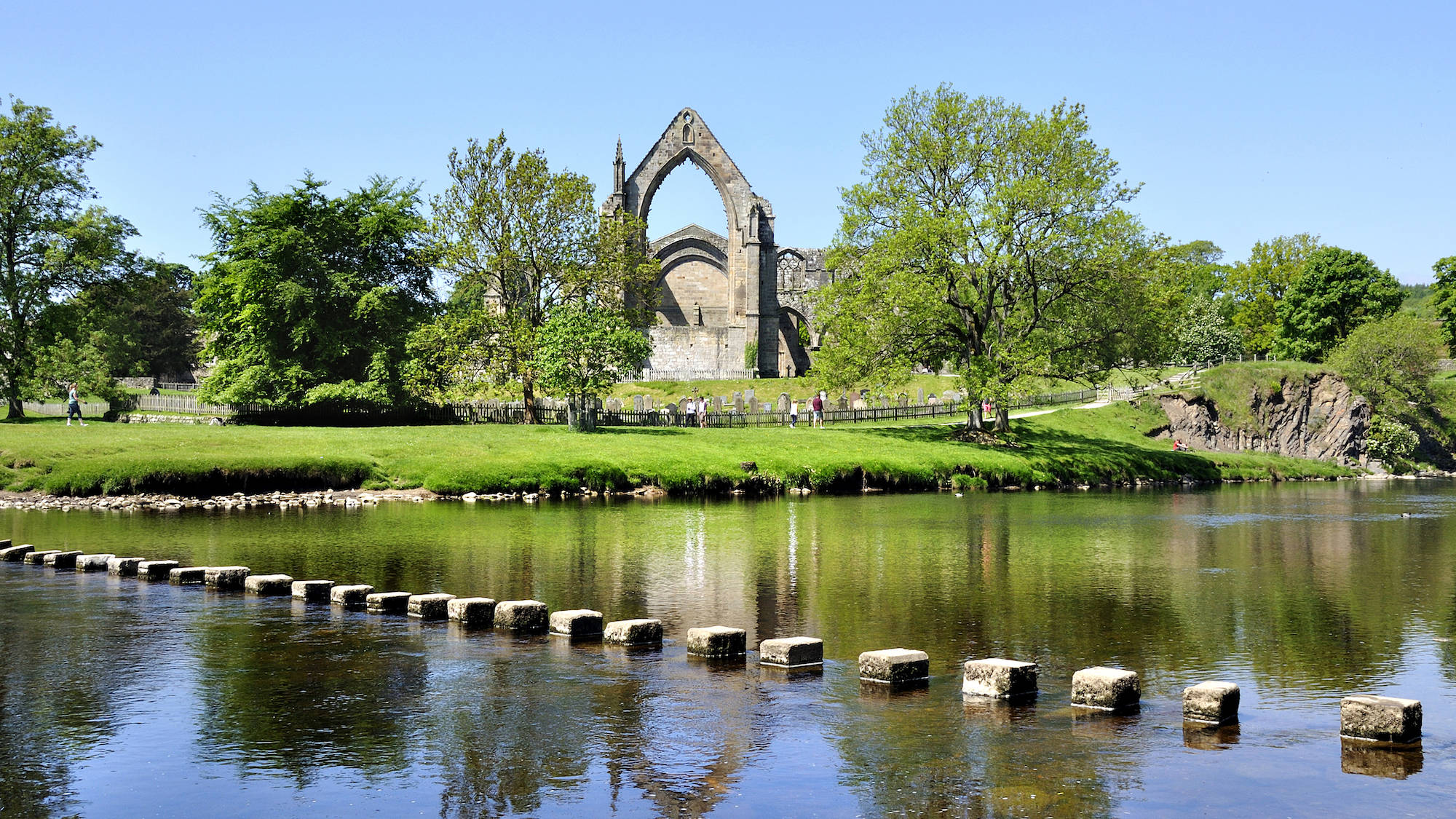 Bolton Abbey is a little different, because it still serves its original purpose from 1120, regularly hosting services. Its dramatic ruins are a worthy inclusion, for this Augustinian order monastery was never completed, struck down midway through construction during the Dissolution. Only the east end now remains, but it’s in much the shame shape as old, with past generations preserving and even adding to it – it has windows designed by Victorian Gothic pioneer, August Pugin. 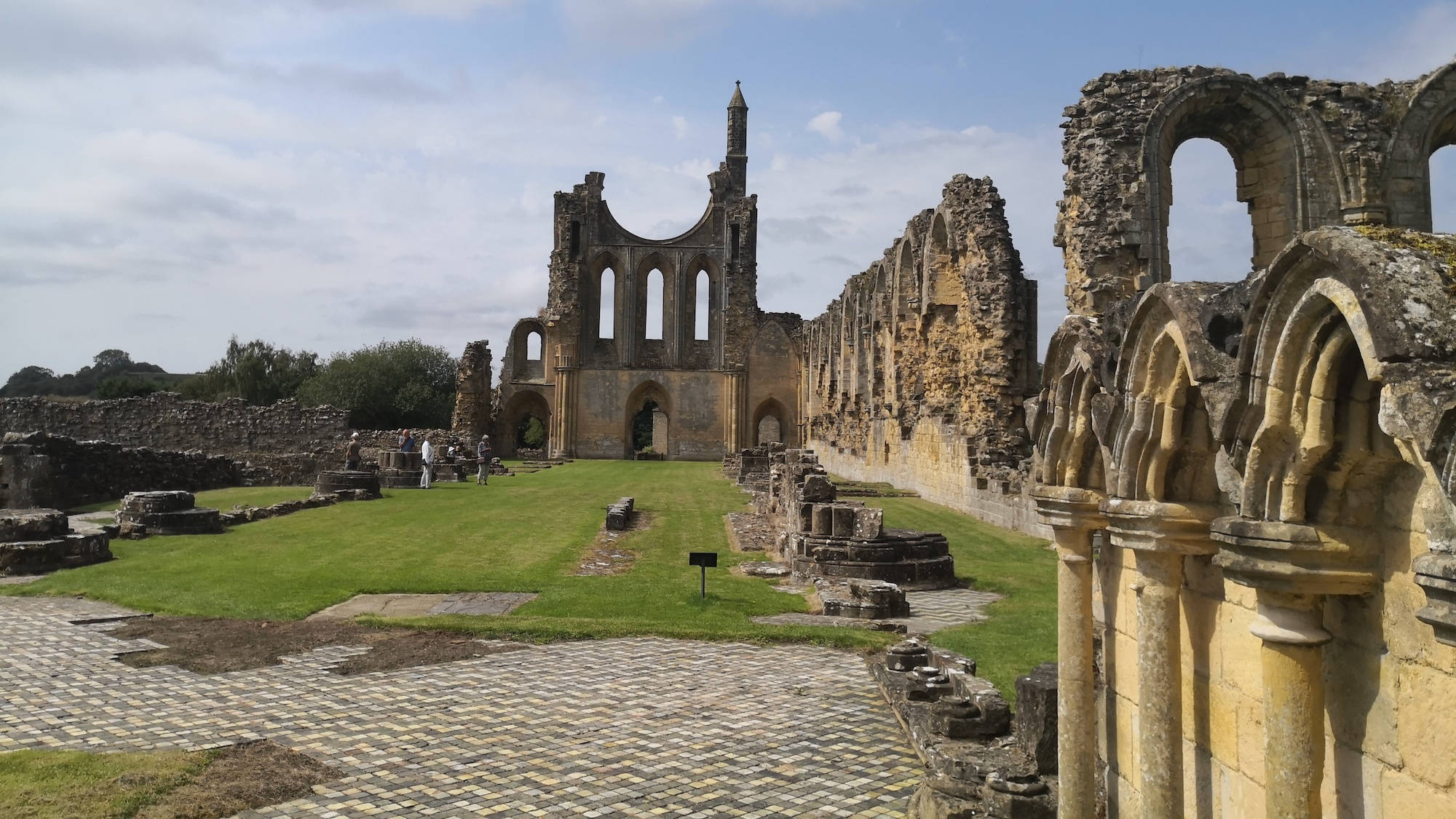 How about a ruin with a pub that sits in its shadow? Byland Abbey was once a shining light of Yorkshire monasticism. The ruins still have a hint of the stature of old, from the magnificent west front to the brightly coloured medieval tiles and the only stone lectern base of its kind ever found. The early Gothic architecture served as inspiration for many northern church buildings, including York Minster – appreciate it from The Byland Abbey Inn, it’s the best seat in the monastery. 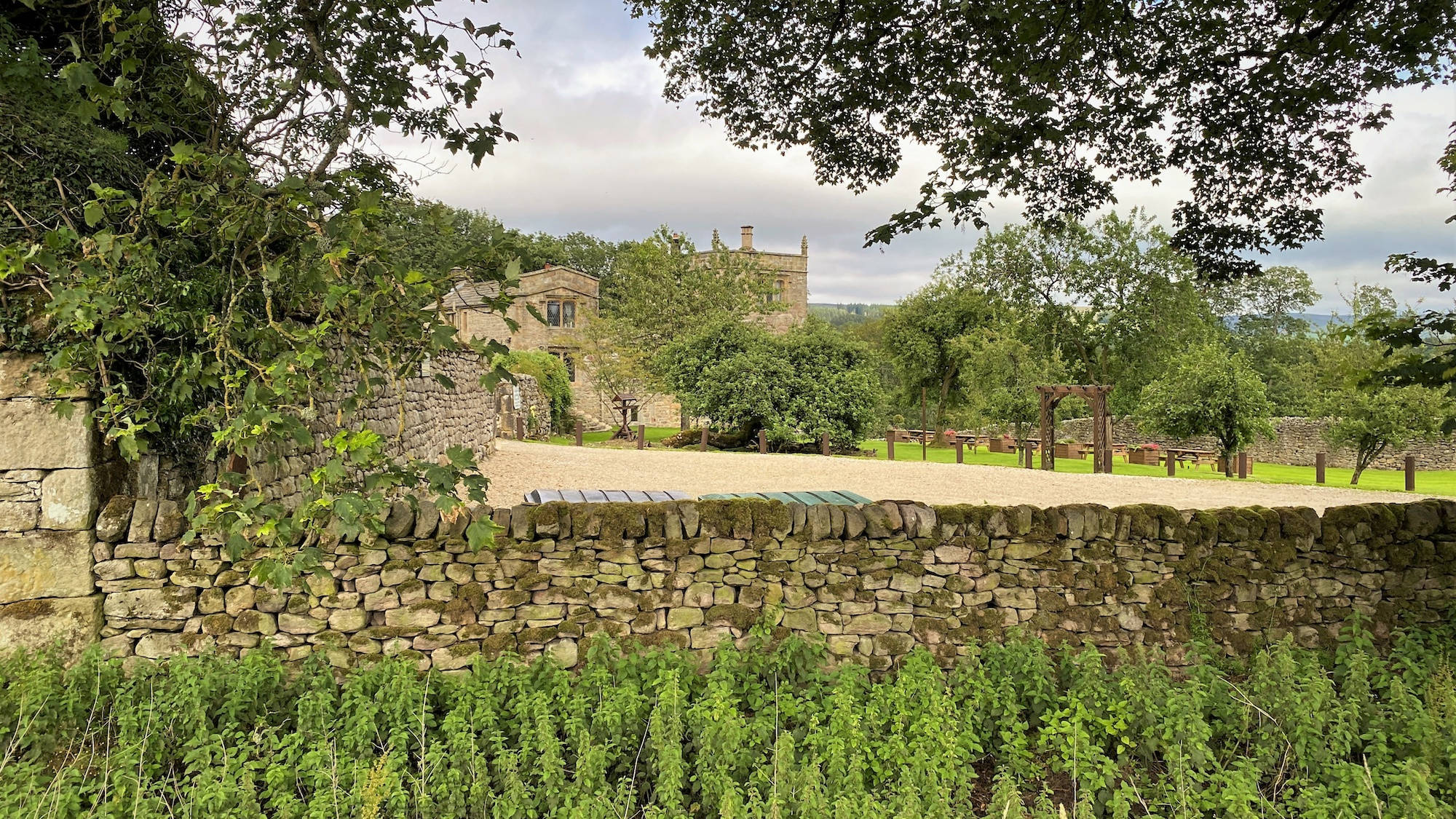 Just north of Bolton Priory’s Wharfedale estate is a slightly smaller, but just as striking ruin. Barden Tower was one of six hunting lodges built for the Barden Hunting Forest back in the 1400s. It was restored back in 1659, but by the 18th century, nature had taken over. The tower remains a landmark because it resembles a castle more than a hunting lodge – any visit can double as a chance to see the ruined Priests Lodge, which is now a popular wedding venue. 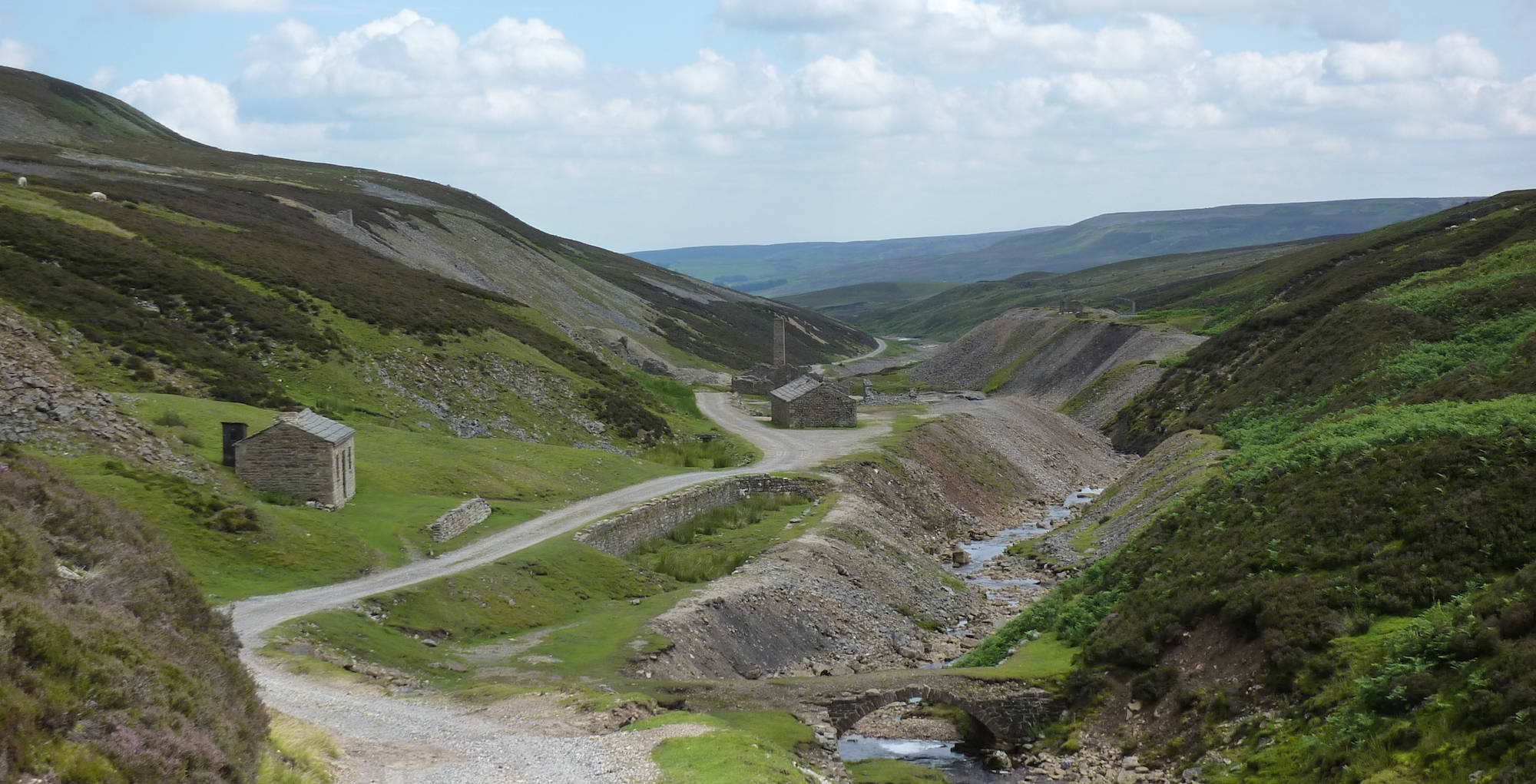 Credit: Andrew Bowden, licensed under Creative Commons for commercial use.

The wild heart of the Yorkshire Dales may seem like an odd place to look for ruins, but for many years the countryside has sheltered evidence of how it helped to power the region’s industrial growth. Old Gang Mill is up on Reeth High Moor, and it was a lead and metal smelting factory from the 18th century to 1913 when the ore was sold off. Today, you can (carefully) seek out the well-preserved remains, including two surviving mill buildings, towers and smelting structures.