22 Clubs to End an Unforgettable Night Out in Leeds

Indie, house and all points in-between – this is Leeds’ club scene. 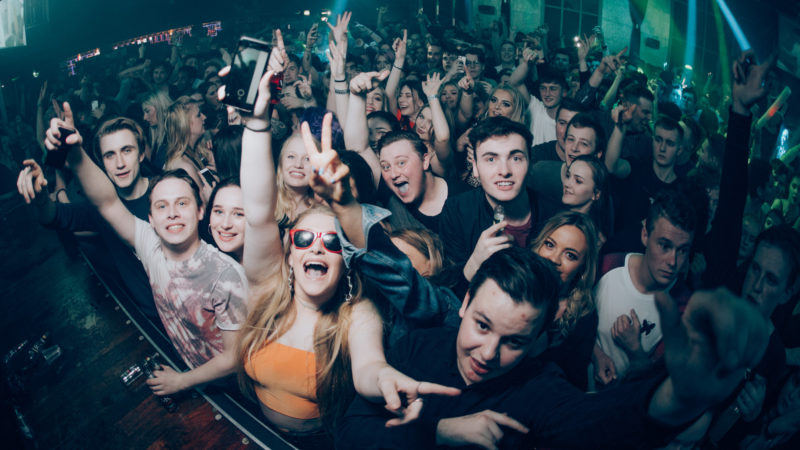 Get ready for your next night out in Leeds with our comprehensive club round-up. Go big or go home…

It doesn’t matter what your music taste is, there’s a club in Leeds for you. After the pubs have closed, the city doesn’t go to sleep – these are the places that will have you out until the wee hours, perhaps even until the sun comes up. From big name DJs to local legends, timeless club nights to pop-up parties, they’re all here. 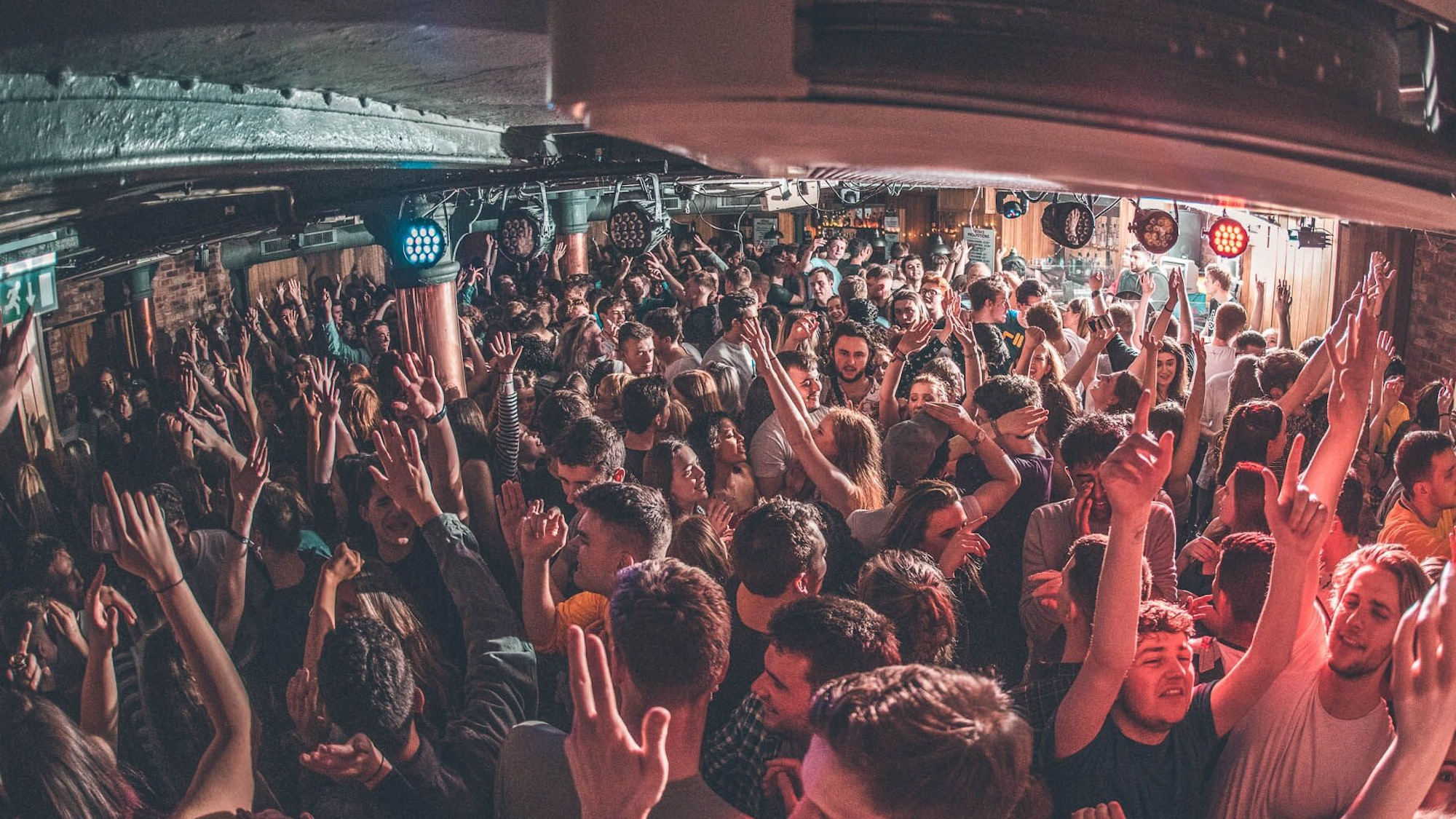 One of the most diverse clubs in Leeds, The HiFi Club really does have something for everyone and every taste. Regular funk, soul, hip-hop, reggae, garage and disco parties fill HiFi’s calendar, while every Sunday sees the best in soul at the Sunday Joint. Drop in on a Tuesday for Mixtape Project, a student party over a decade strong, playing nothing but floor-fillers. Drinks deals are more than decent, making this not just a great night out, but a pretty cheap one too.

Step down into this basement under Call Lane and you can feel the intimate vibes straight away – this is a great place for a subterranean skank. The music policy is most certainly eclectic, banging nights fuelled by some excellent drinks offers. Put Thursday in your calendar – it’s home to weekly house and garage party Just a Little, which has advance tickets from just £4. You might see Rude Jude and Xennex on the decks bringing wavy sounds galore. It. Goes. Off. 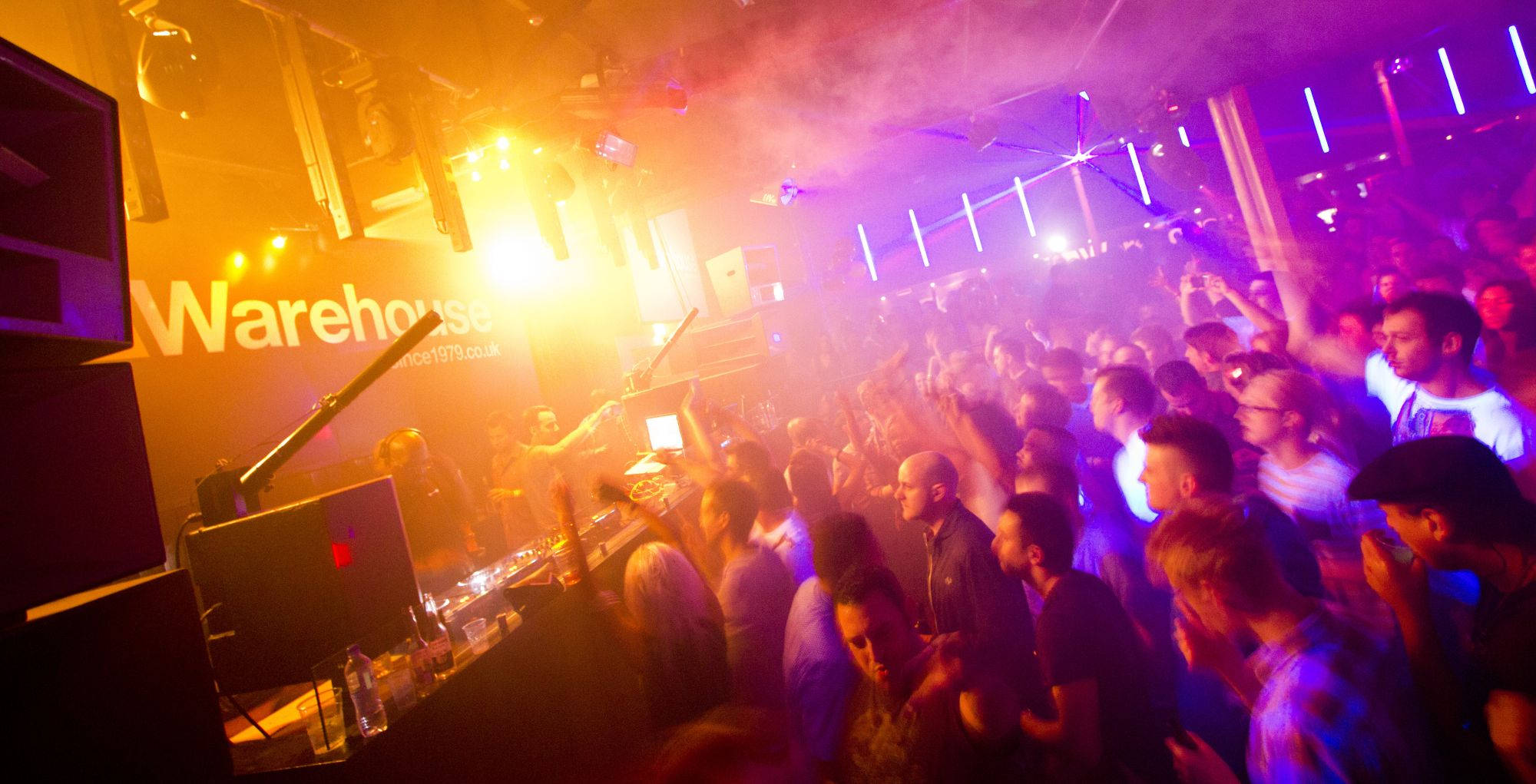 The Warehouse has played host to some of the greatest club nights in Leeds history. Open for over 40 years, it has seen scenes and fashions come and go, but has remained at the cutting edge. Today it plays host to touring DJs such as Annie Mac, while packing them in with brilliant regular nights. Bobby’s Disco Club takes over on Mondays, dropping disco gems with more than a hint of house and pop. Mischief is the Wednesday mainstay – a massive two-floor rave.

They do things a little bit differently at Wharf Chambers. This multi-use venue is the place to go if you’re looking for a night out in Leeds that’s far from the norm. Expect skewed parties, true underground music and events with vivid visuals to match the sounds – the Liverpool Psychedelic Society have a regular night here that will give you a flavour of what’s on offer. Drop in for live bands, DJ takeovers and club nights that set the floor alight. 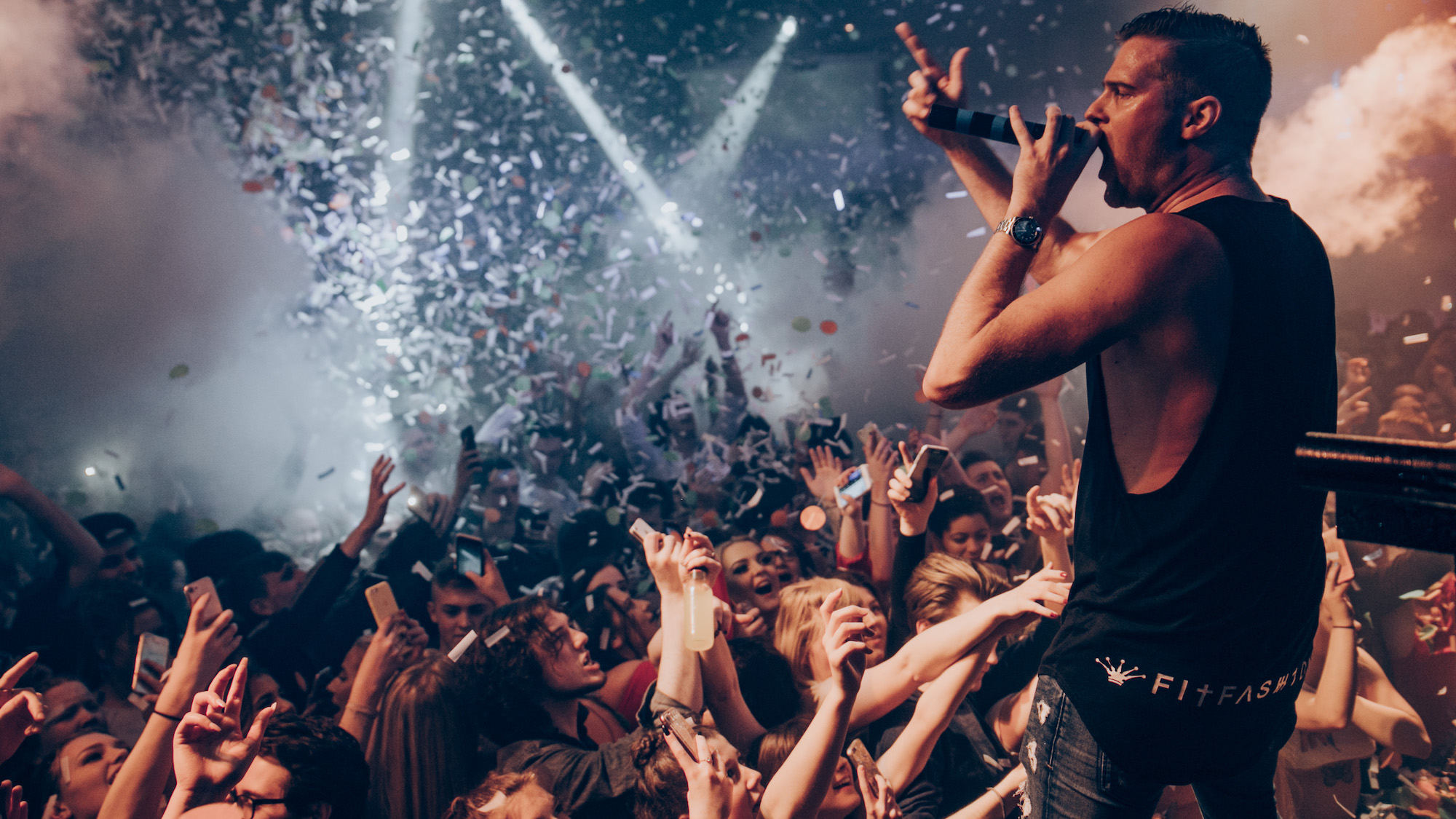 Pryzm is a megaclub that’s a perennial fave with Leeds’ youthful night owls. It boasts five different rooms, meaning there’s a tune with your name on it somewhere. Quids In is a huge Monday night party that’s £1 in and £1.50 drinks before midnight, a great way to get your student loan to stretch a bit further. Other fab fixtures include Fix Fridays, Antics Wednesdays and even the infamous Bingo Loco Raves. Basically, if you want a night out, they’ve got something for you.

A surprising gem of a cafe-cum-club, Sheaf St warps into a cool and curated but definitely fun party zone after dark. It dishes up a sweet array of all sorts from week to week – you might hear electronic, UK bass and Afrobeats at This Way Up, while Shake-Down Sounds runs from Motown to 90s classics and a judicious smattering of disco. The regular Deep Fried Funk event is a must, presented by Fresh2Death and with a load of pocket-friendly drink offers. 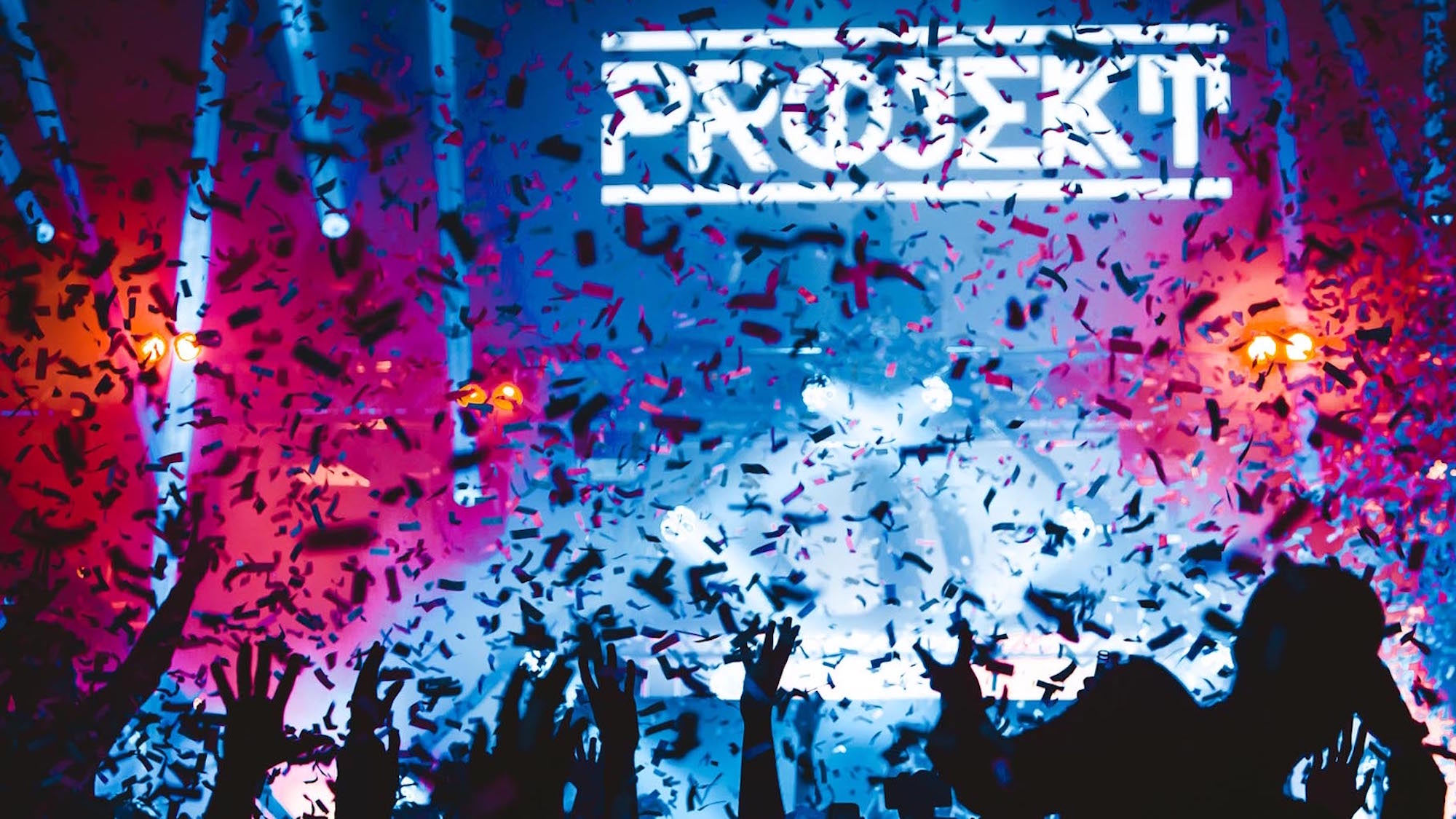 The O2 isn’t just for A-list music gigs and comedy tours. Oh no, it also happens to be one of the very finest clubs in Leeds, the home of not one, not two, but three big nights. Indie Thursdays go from 11.30pm until 3am, with early bird cheap entry, drinks deals and occasional themed nights, such as an Arctic Monkeys special. Projekt delivers dance mayhem every Saturday, while Bongo’s Bingo is one of the most unique nights out you’ll ever experience. 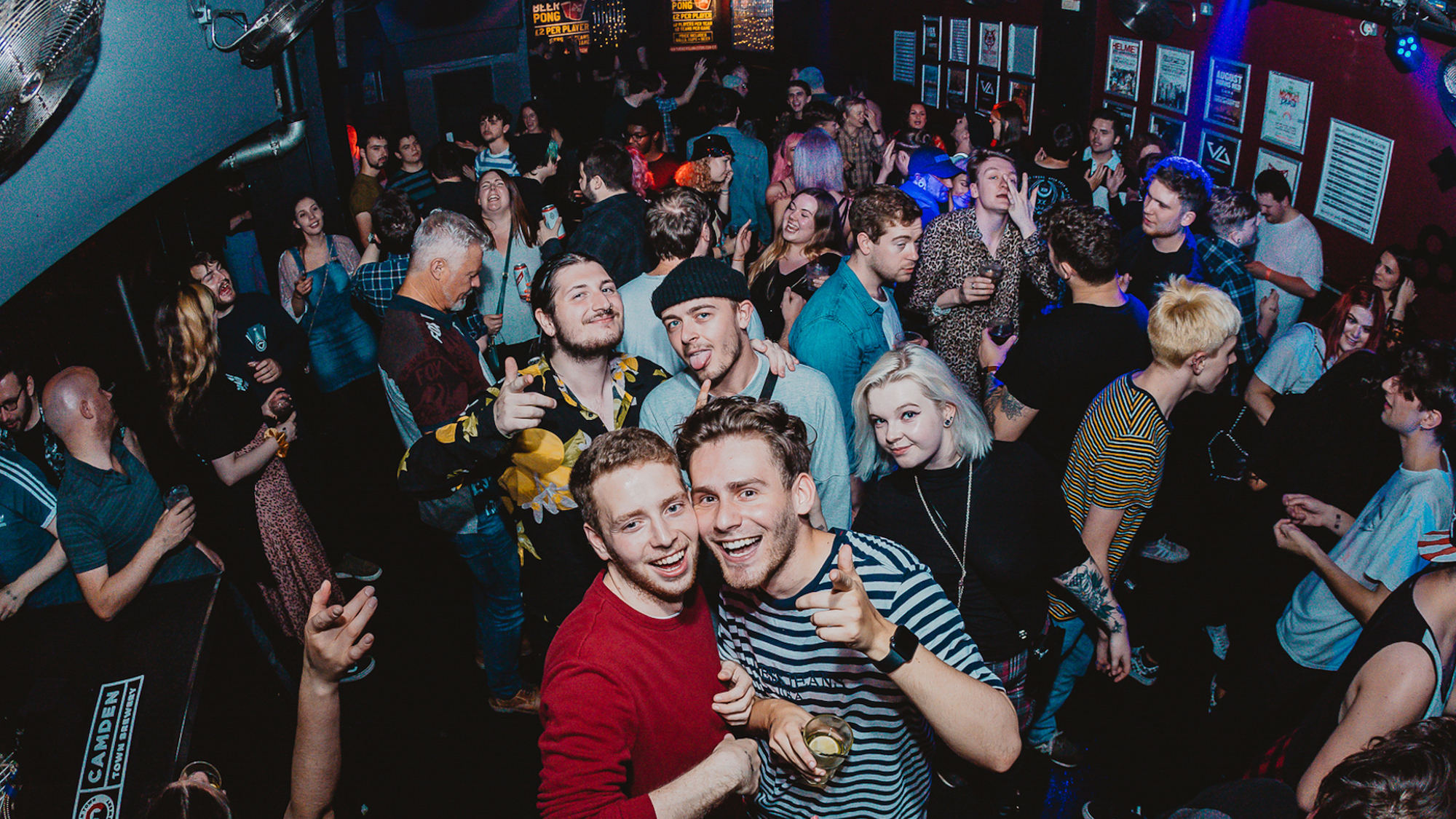 The Key Club prides itself on being the home of rock and alternative club nights in Leeds, and it’s a reputation they richly deserve. It’s £3 on the door every Tuesday for Slam Dunk, a soundtrack of pop-punk and emo washed down with two Jägerbombs for £5. Friday nights are for Fuel, with one room of rock and indie anthems, another taking you into the realm of metal. Rock anthems from AC/DC to Rancid power The Garage on Saturdays, with a side order of guilty pop pleasures.

Hunslet is the very-slightly-out-of-the-way-but-well-worth-it suburb where you’ll find Beaver Works, a former Victorian warehouse turned club. They’ve installed a sound system that reverberates through the whole building, turning their regular nights, such as Rejuvenation, into must-visits. This all-night warehouse rave attracts dance legends like Rob Tissera, while Boombox Circus turns the club into an immersive experience where you might hear jungle don Goldie.

With several floors to make the most of, Headrow House has been hosting great nights ever since it opened. It’s your chance to party under the stars on the roof terrace, or dance until the walls sweat in their second floor venue space. Check their calendar for upcoming events – they attract talent like Gilles Peterson and MJ Cole as well as rising stars from across the globe, spanning genres from dance to soulful house and hip-hop. 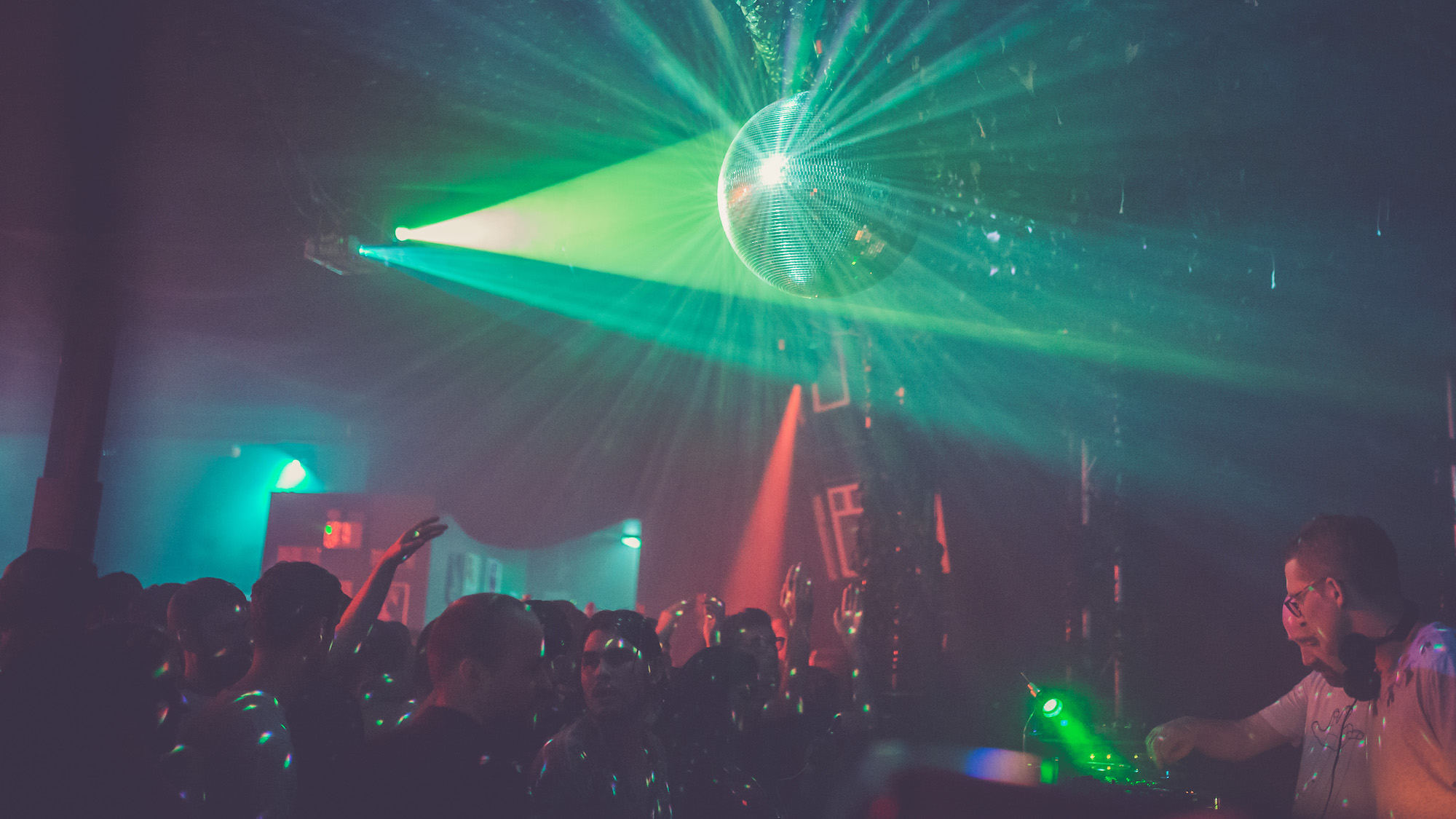 What was once Mint is now Mint Warehouse –  bigger and bolder, with a sound system and LED ceiling that make it one of the greatest clubs in Leeds. It’s both the pedigree and the quality of the venue that can attract bookings like Jeff Mills and Andy C, as well as a track record of luring the big names in. But that’s not all, there are also regular nights such as Nocturnal, which combine house, techno and drum & bass with student drinks deals to magnificent effect.

The Space isn’t your shy and retiring type. This classic Leeds club is where you’ll find some of the funnest nights out in the city. Space Tuesdays is a reliably rammed party with £5 entry and cheap drinks all night long – £2 for selected shots, £3 doubles. Grab a first release ticket for Skint Thursdays and it’s even more of a bargain – £4 gets you in the door and the main room promises the ultimate party mash-up with R’n’B taking over in room 2. 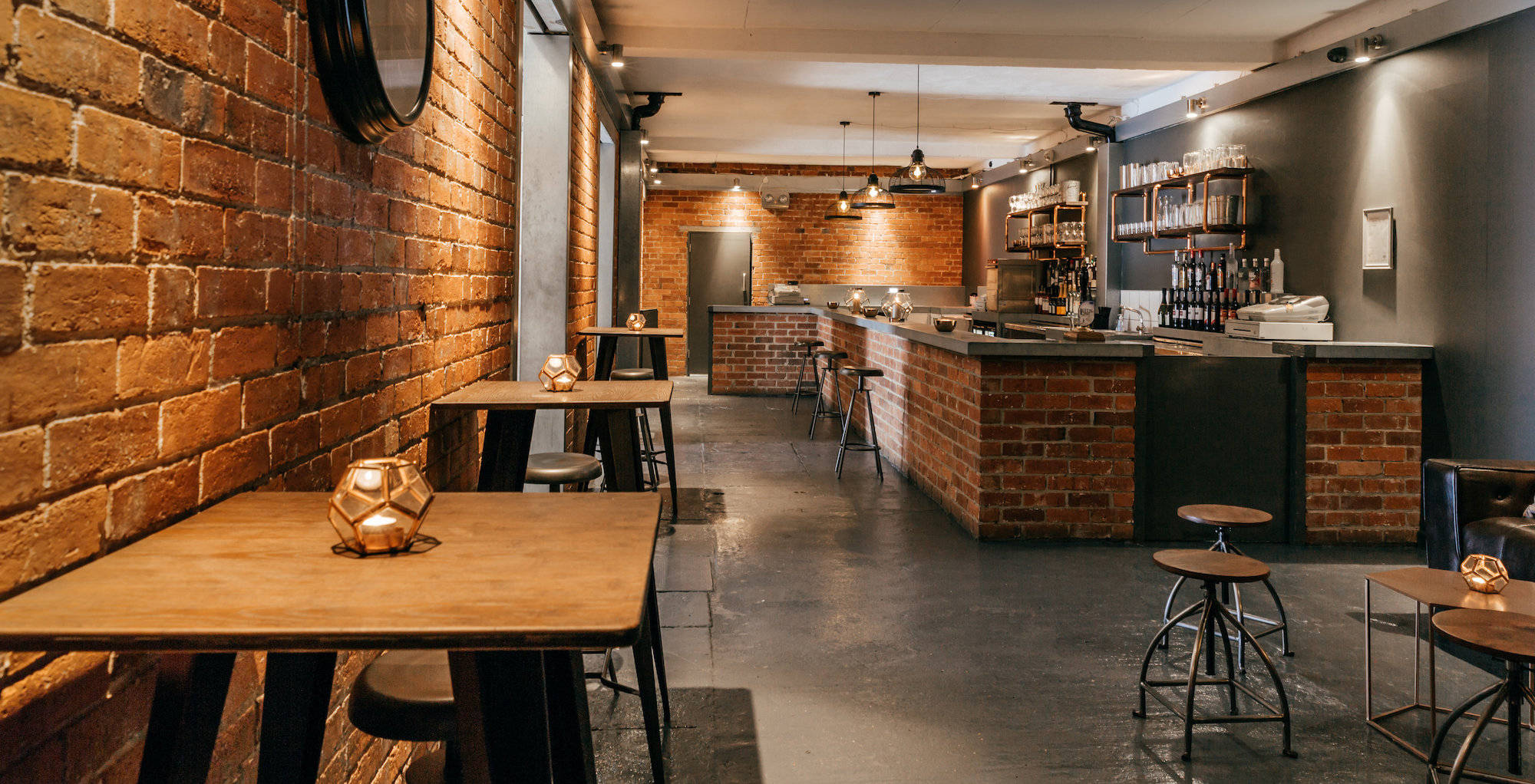 A brace of bars, a gig space, a rehearsal room and recording studio – what else do you want from Eiger Studios? Well, maybe a club too, thanks for asking. There’s an ever-changing line-up of nights to attend here, from launch nights for record labels and next-level soirees that get everyone throwing shapes on the dance floor. They’ve traded in the certainty of regular nights for an ever-transforming calendar of essential one-offs. 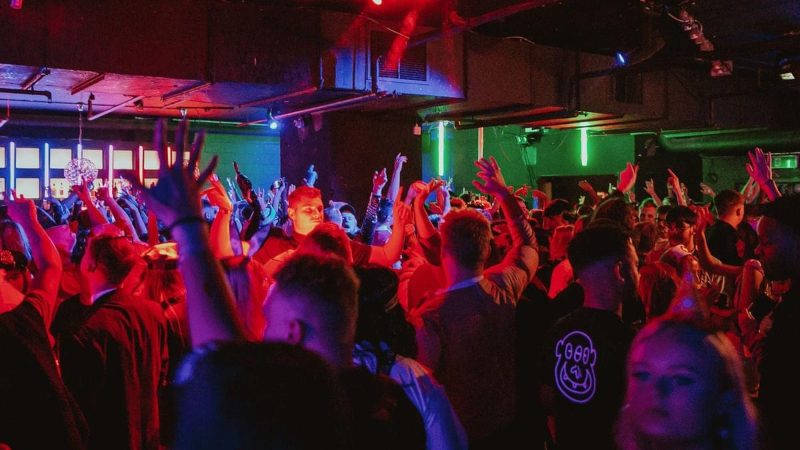 What used to be Tiger Tiger is now Cargo and it’s got a whole new look, making it one of the best clubs in Leeds to end your night out. Whether it’s Monday, Tuesday or any day of the week for that matter, there’s something going down here. Join in the nightly hashtag parties from #Monday to #Saturday for non-stop hip-hop, Afrobeats, house and club bangers with early bird tickets from £5. Out on a Sunday? Sunday Shutdown keeps the weekend going with chart-toppers and £3 early bird entry. Plus, the drinks are cheap as chips, with £2 sours and £4 alcopops. 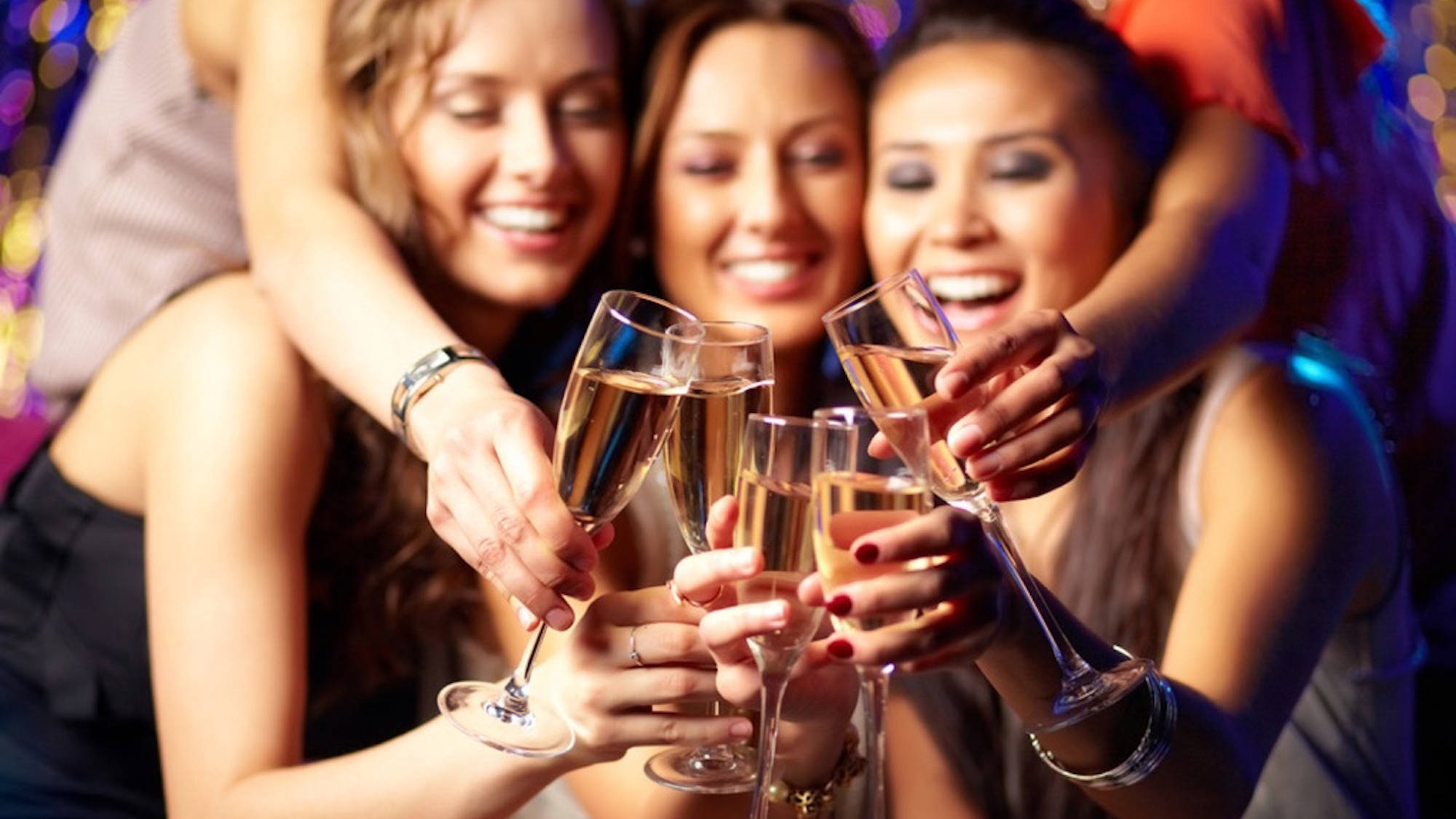 Want to get down to all your favourite pop hits from the 90s ’til now? Popworld is the place to go in Leeds and it has a whole host of club nights running throughout the week. On Popworld Tuesdays we wear pink. It’s the highlight here, blasting the likes of Britney, Madonna, Beyonce, Rihanna and more, with early bird entry a mere 99p. Wednesdays are your chance to let out your inner pop star at karaoke night, with free entry and all the tunes. Fridays will sort you with your Popfix while Candy Pop Saturdays mean cheap drinks and lots of cheese from 2pm onwards.

Another fine example of Victorian architecture turned into a marvellous modern multi-use space, Freedom Mills is now one of the best clubs in Leeds. It’s got the space and sound to get big-name DJs to sign on the dotted line, but also fosters new and up-and-coming talent, as well as local heroes such as Iration Steppas Soundsystem. Come for dub, come for techno, come for house – heck, even come for a 90s R’n’B and hip-hop brunch that doesn’t start until night. 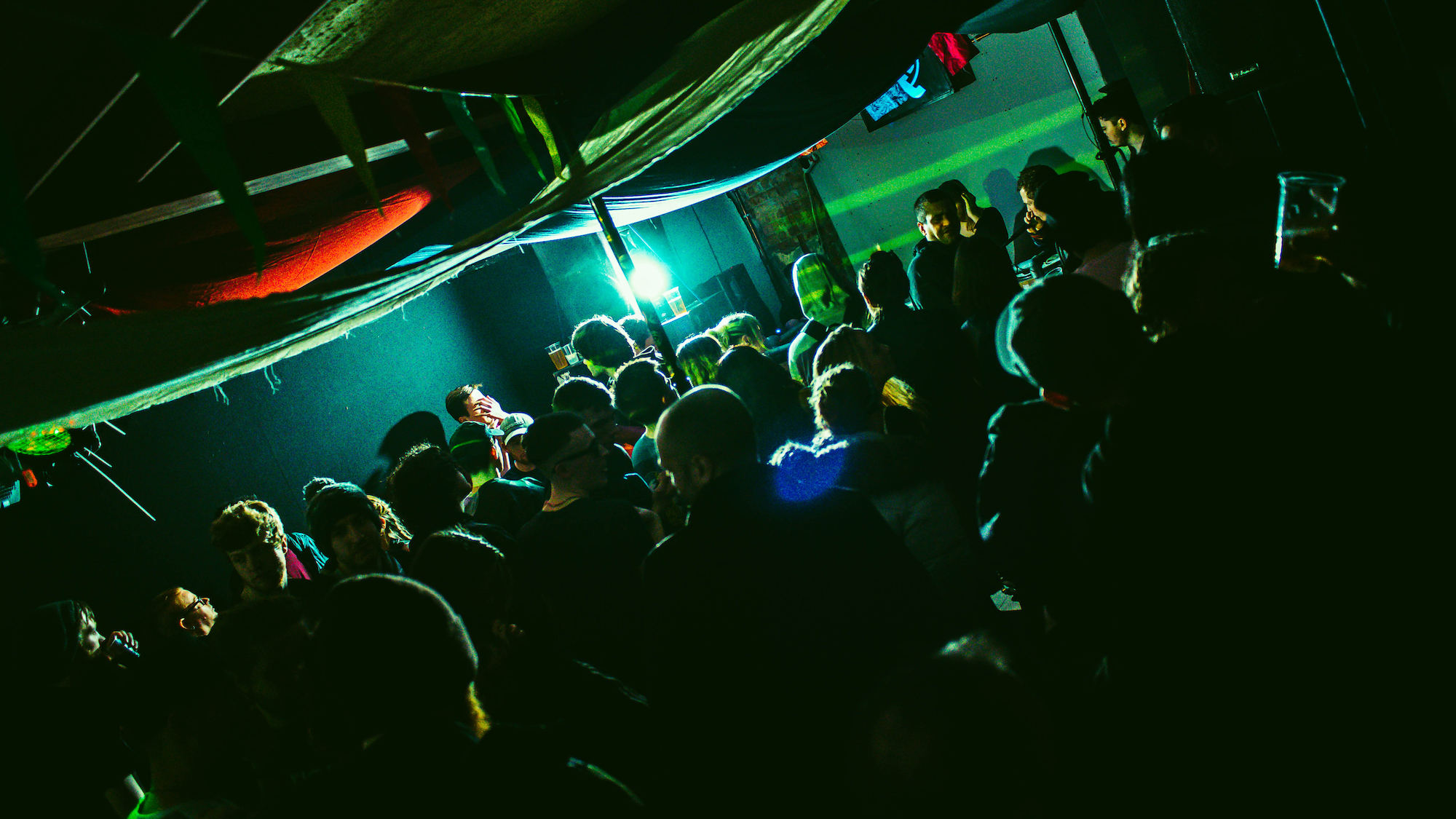 You won’t need a timetable for this former bus station – simply head up above the chilled-out bar and restaurant to the top floor, home to club nights galore. License to Jungle is a regular, drawing on both local and visiting DJs with early bird tickets starting at £5. Some of the residencies are free to enter, and The Old Red Bus Station is the proud home of many a night that showcases music genres that don’t often get played in the bigger clubs. 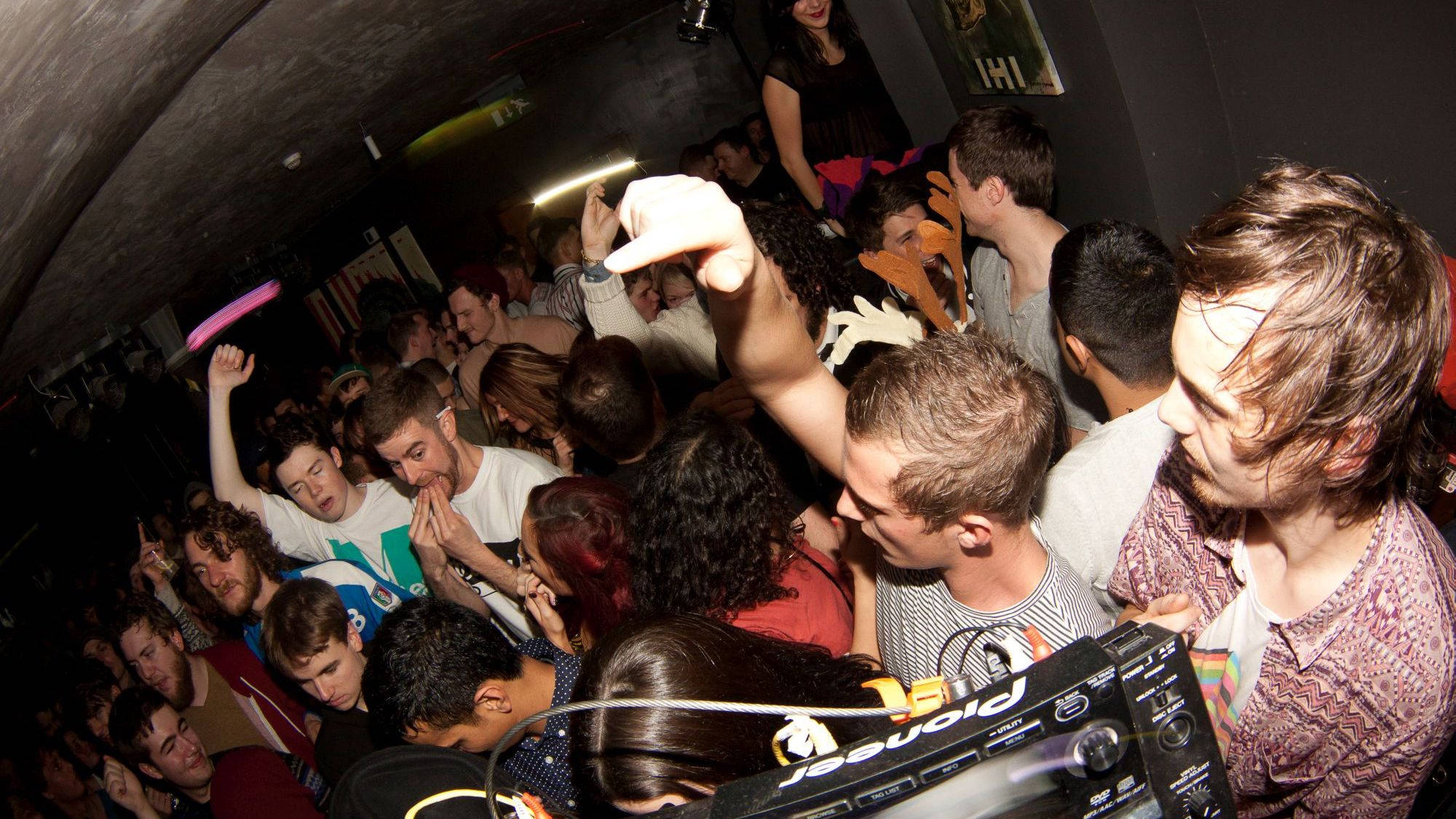 Cocktails and A-list DJs – Distrikt definitely knows how to throw a party. This underground venue is over a decade strong and in that time has developed a drink offer, sound system, decor and calendar that can stand up to anywhere else in the city. Past legends to spin here include Kenny Dope, Juan Atkins and Marshall Jefferson, while nights such as Limit mix visiting talent like DJ Tennis with Leeds club scene stalwarts such as Ralph Lawson. 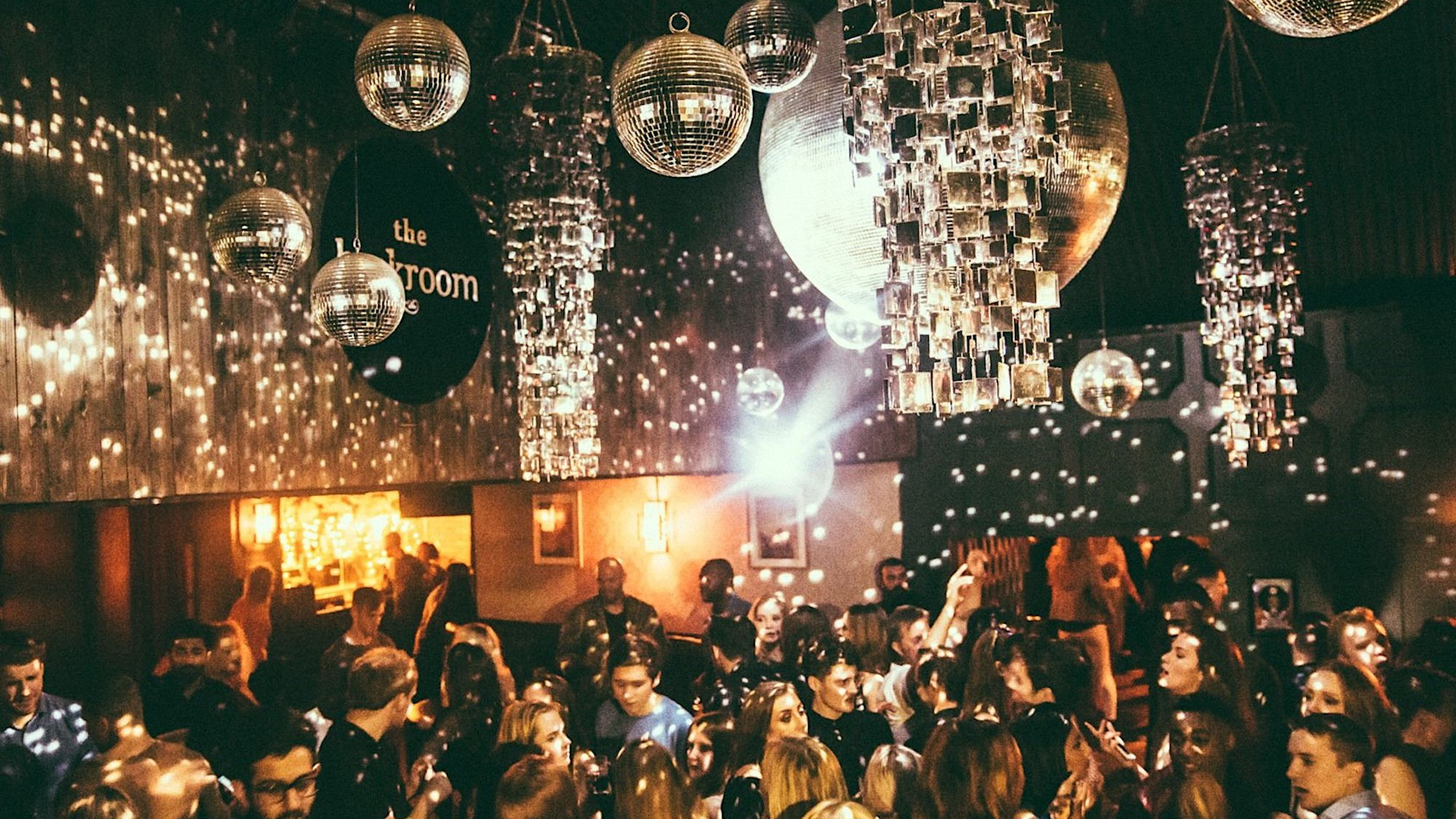 It’s all about the weekend at The Backroom, a Call Lane speakeasy bar with an event space perfect for wild club nights. Sundays offer free entry and a hip-hop and R’n’B jam that runs from 10pm-6am. That’s plenty of time for dancing and 2 for 1 cocktails. Friday and Saturdays also offer two floors of fun, running from house and garage to Latin and reggaeton. Thursday goes disco and dance with £3 doubles before midnight. Whatever moves you, you’ll find it here. 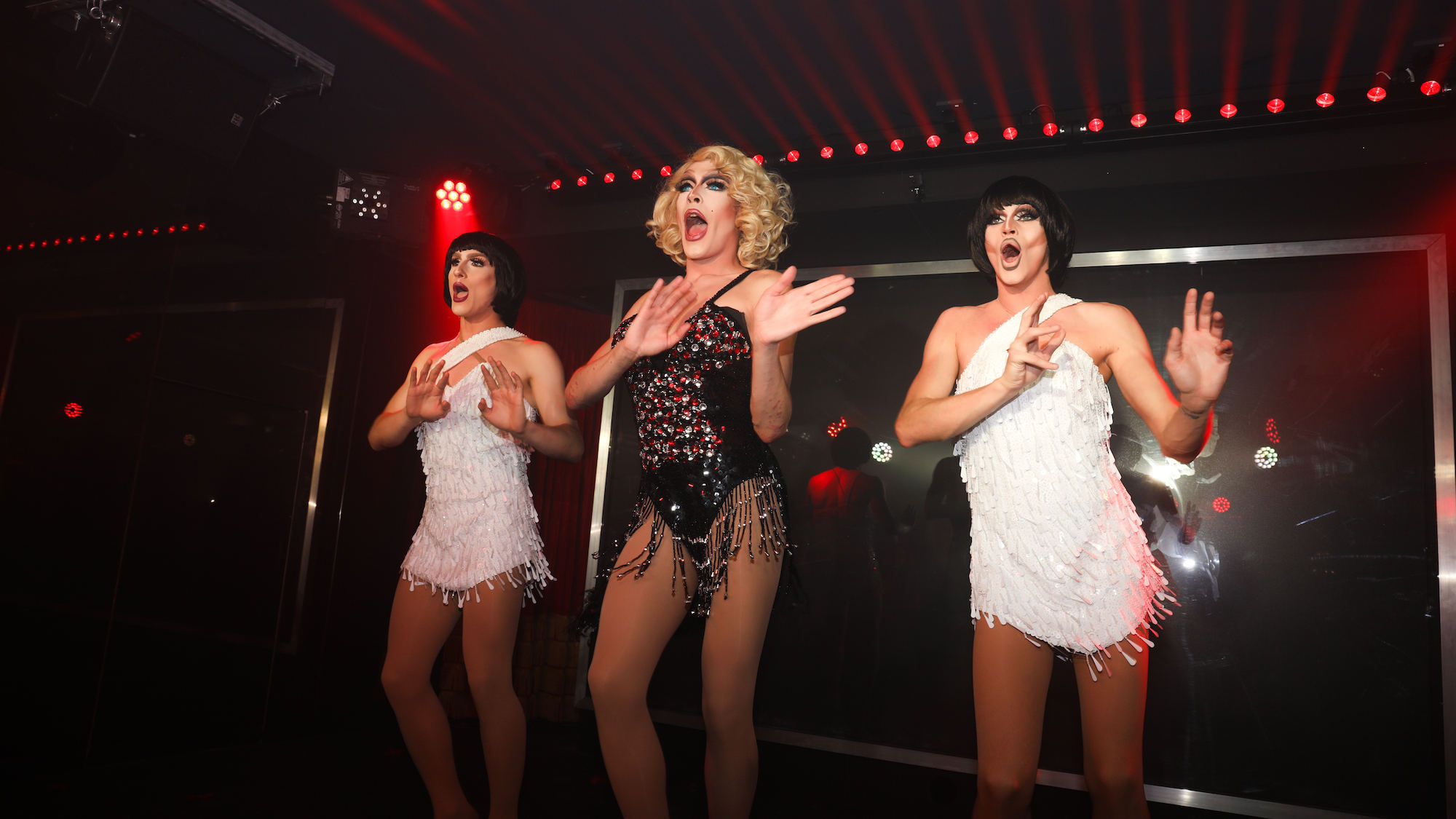 The Viaduct is one of the most unique club nights out in Leeds, with Drag Race screenings and bingo sessions making way for the Viaduct showgirls and late night licentiousness. Friday and Saturday are when it really goes off – Precious McMichaels plays host, there’s a spectacular cabaret performance before DJ Luke Horsfield provides the tunes until 4am. There’ll be drinks deals, there’ll be glamour and there will most certainly be dancing.

Another pillar of the Leeds LGBTQ+ community, Queens Court is an inclusive venue that shares a yard with Bar Fibre. When one of the famous courtyard parties breaks out between the two, all bets are off! There is free entry to all their weekly club nights, with pop and dance at Friday’s Lolli-POP, Mr Orry plays host until 3am on Saturdays while Marigold Mondays plays the very finest cheese, with drinks starting at just £2.

Still independent after over 20 years, Fibre is Queens Court’s noisy neighbour and a Leeds club where you’re guaranteed to hear house music all week long. The courtyard parties take place every Bank Holiday Sunday, when the Funktion One sound system really comes into play. There’s a great focus on local DJs here, with the Leeds-born likes of Elliot Bradley, Habbo Foxx and Angel Lee providing the funky and classic house.