The Nature Reserves You Never Knew Were There

You could have one near you and never know it. 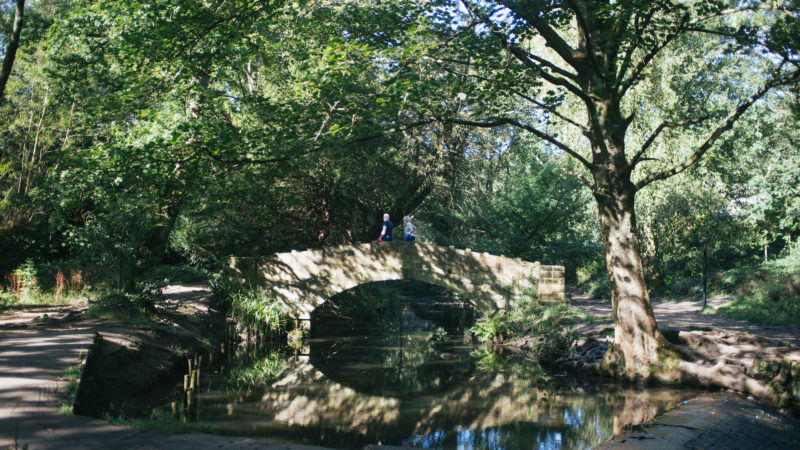 From ancient woodlands to colourful meadows filled with wildflowers, these nature reserves are the perfect escape.

Everyone knows about the city’s parks, but what you might not realise is that Leeds is also home to a series of nature reserves – you could have a natural oasis on your doorstep and never even know it was there. They’re great for walks and even better for wildlife spotting, so if you need to escape your house, why not find your local nature reserve?

A Site of Special Scientific interest, Breary Marsh is one of the most diverse wet valley alder wood and floodplain habitats in the region. It boasts a range of wet habitats, but as you move further into the reserve, you’ll also find a number of dry oak and birch woodlands. The local flora ranges from bluebells and sorrel to meadowsweet and wild angelica. Head to Paul’s Pond at the southern end of the reserve to see waterfowl, and if you’re lucky, maybe a kingfisher.

Originally dug in the early 19th century, Farnley Hall Fishpond became a Local Nature Reserve in 2004. The pond itself is surrounded by mature broad-leaved woodland and is a haven for local wildlife. The woods are dominated by beech and sycamore, but you can also spot ash, hawthorn and holly. Turn your gaze upwards for a chance to spot the great spotted woodpecker and listen out for the mating calls of the common frog in the spring.

A former colliery site, reclaimed by nature, Lechmire Pastures is now a wonderland of meadows and young woodlands. It’s been landscaped to create a range of natural water features, with everything from bare colliery spoil to wet grassland and scrub. In the summer, you can see delicate bee orchids bloom in the meadows, as dragonflies hover around the ponds, but each season brings a new delight – be it reed buntings, snipes or lapwings. This well-known nature reserve stretches from Meanwood right out to countryside around Adel and Alwoodley. It’s home to the famous Meanwood Valley Trail and there are loads of entry-ways along the route, so it’s only too easy to immerse yourself in nature. The reserve is home to woodlands, meadows and lowland heath, as well as two watercourses in the form of Meanwood and Adel Beck, which means there’s a vast array of wildlife to be found here.

As the biggest ancient woodland in West Yorkshire, Middleton Woods is a real find. Amidst the trees, you’ll find remnants of the past, including bell pits from early coal mining and the route of the former tramline, but it’s the wonder of nature that will really blow your socks off. Towering oak trees dominate the space, but you can also spot birch, hazel, sycamore and beech. Visit during springtime to see the ground carpeted in bluebells, wood anemone and lesser celandine.

Nestled in a magnesian limestone valley, Ledsham Bank comes alive in the summer. From June to July, it’s a world of colour created by vast swathes of pyramidal, common spotted and fragrant orchids. They’re interspersed with hoary plantain, yellow-wort and bright yellow dyer’s greenweed, which is rare to find in Yorkshire. It’s a popular haunt for butterflies, so look out for large skippers and holly blues too. In the winter, grazing cattle help preserve the grasslands.

Also known as Billy Woods, Townclose Hills is a Site of Special Scientific Interest. This knoll of magnesium limestone grassland is the biggest in the country. Not only is it home to woodlands, wildflower meadows and scrub, but it also has a disused railway cutting with exposed limestone and scattered pools filled with flora. During the summer, the plateau is blanketed in clustered bellflower, field scabious and orchids. 280 metres above sea level with stunning views that stretch all the way to York Minster on a sunny day, Otley Chevin Forest Park is a bucket list item, but did you know that it’s also a designated nature reserve? It boasts a mix of woodland, heathland and meadowland, with a network of paths and trails that will keep you busy for hours. The rocky outcrops at Caley Crags are perfect for bouldering and rock climbing.

Water Haigh Woodland Park promises 97 hectares of meadows, woodlands, grasslands and wetlands. Step inside the forests and you’ll find yourself surrounded by oak, beech, ash and sycamore of varying age. In the summer, the former spoil heap is transformed into a colourful meadow of wildflowers and otters can be seen going about their business on water. Bird watchers should look out for red kites, buzzards and skylarks.

Kirkstall Valley Nature Reserve stands on the site of the former Kirkstall Power Station. It was capped and seeded with native wildflowers in the 1990s, so in summer, the meadows come to life in an explosion of colour. Orchards once populated these lands, so they’ve planted a vast array of fruit trees here, including quince, apple and greengage plum. There are now over 130 varieties of plant and 65 species of birds at Kirkstall Valley Nature Reserve.

A mix of woodland and grassland, Hetchell Wood Nature Reserve is the perfect escape from the hustle and bustle of everyday life. Multi-stemmed hazel trees let in natural light to fuel the wildflowers on the forest floor, creating a verdant wonderland of colour. At the heart of the reserve, a big swatch of grassland awaits, filled with even more wildflowers. Hunt out the stream at the bottom and retreat into the calming sounds of nature.

A long stretch of greenery that runs from Roundhay Park to Rothwell Country Park, Wyke Beck Valley encompasses five different habitats. It’s made of Wykebeck Woods and Asket Hill, Arthur’s Rein, Killingbeck Fields, Primrose Valley and Halton Moor – these little pockets of nature run alongside Wyke Beck and sit within busy urban spaces, giving locals a chance to escape into a world of grass and woodlands.

A man-made nature reserve built in the early 90s, Denso Marston boasts three hectares of woodland, ponds and grassland just outside Leeds. It runs alongside the River Aire and Leeds Liverpool canal, creating a rich habitat for wildlife – in fact, at last count, there were 114 species of bird, 25 species of butterflies, 12 species of dragonflies, 150 species of plants and 16 species of mammals to be found here.

Once an operational dam for the power industry, Adel Dam was repurposed as a Victorian Garden. At the time, they planted lots of exotic trees, which can still be seen today. Nowadays, it’s a rare find because it combines both wet and dry woodlands. The eight-hectare swatch of green space has a central lake that’s as popular with waterfowl as walkers and a vibrant woodland that attracts a wealth of wildlife.

At 11-hectares, Hollinhurst Wood is a natural wonderland. It’s a designated Site of Geological or Ecological Importance because of the vast array of plants that can be found in the meadow and woodlands. Come in spring to see the ground carpeted in bluebells or visit in summer to see a colourful mixture of devil’s-bit scabious, sneezewort and harebells. The woods and hedgerows are popular with birds, so keep your eyes peeled for our feathered friends.

Another Site of Ecological and Geological Importance, Kippax Meadows is an 8-hectare swatch of meadow, wildflower garden and scrub. It’s home to an array of cool and unusual plants, including dewberries, bee orchids and smooth tare. Butterflies and bumblebees are regular guests, but they’re not the only creatures you can see here. From tortoises and peacocks to kestrels, red kites and buzzards, it’s perfect for wildlife spotting.

A former colliery, Ledston Luck pit was sunk in the 1870s and became part of Selby superpit. The pit closed in 1986 and has been returned to nature – it’s now home to a mix of woodlands, ponds and meadows. During the summer, it’s an explosion of colour as the area is home to over 4,000 orchids. You can spot damselfly and dragonfly around the pond or raise your eyes to the skies to see woodpeckers, grasshopper warblers and yellowhammers.

Two blocks of woodland that sit side-by-side, Owl Wood and Pit Plantation promise eight-hectares of oak, sycamore and silver birch. They’re perfect for a woodland walk, but time your visit carefully because there are some real seasonal highlights here. In the spring, the ground is blanketed in bluebells and snowdrops, in the summer, you can see bats flying through the trees at dusk, and in the winter, you can hear the sweet sound of songbirds.

An eclectic nature reserve with a variety of habitats, Rothwell Country Park is a treasure-trove of wildlife. You can spot frogs, toads and newts in the ponds, or catch a glimpse of hedgehogs, rabbits and deer in the woods. The meadows promise a colourful mix of wildflowers, which attract the fluttering wings of butterflies. Look up as you wander through the extensive network of paths because you can see skylarks, linnet and even cuckoos.