A Real Ale Trail of Leeds

Love real ale? These nine Leeds bars are the perfect day out. 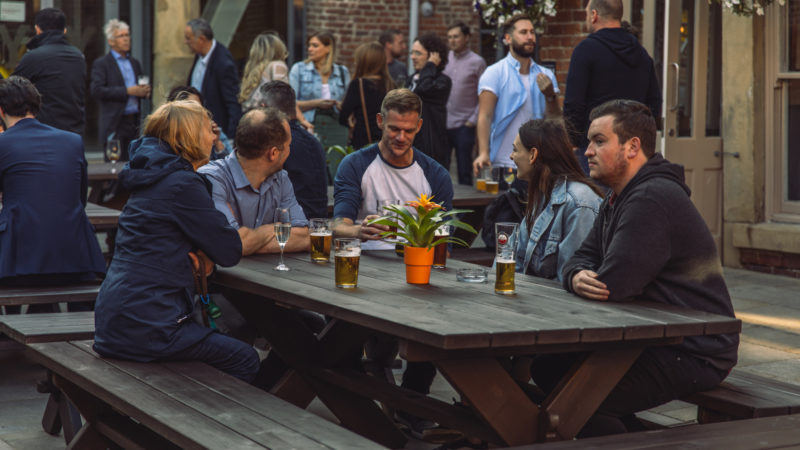 Go on a pub crawl of real ale discovery, as we take you to the best bars in Leeds for beer connoisseurs.

Leeds is a brilliant city for real ale lovers, and there are loads of places to pucker up for up a perfect pint, but which ones should you visit? We’ve got the perfect way to solve that particular problem – a nine-stop ale trail. It takes you from the top of Leeds to the bottom, and you can try beers from the world’s best independent breweries as you stop in at city’s finest real ale boozers. 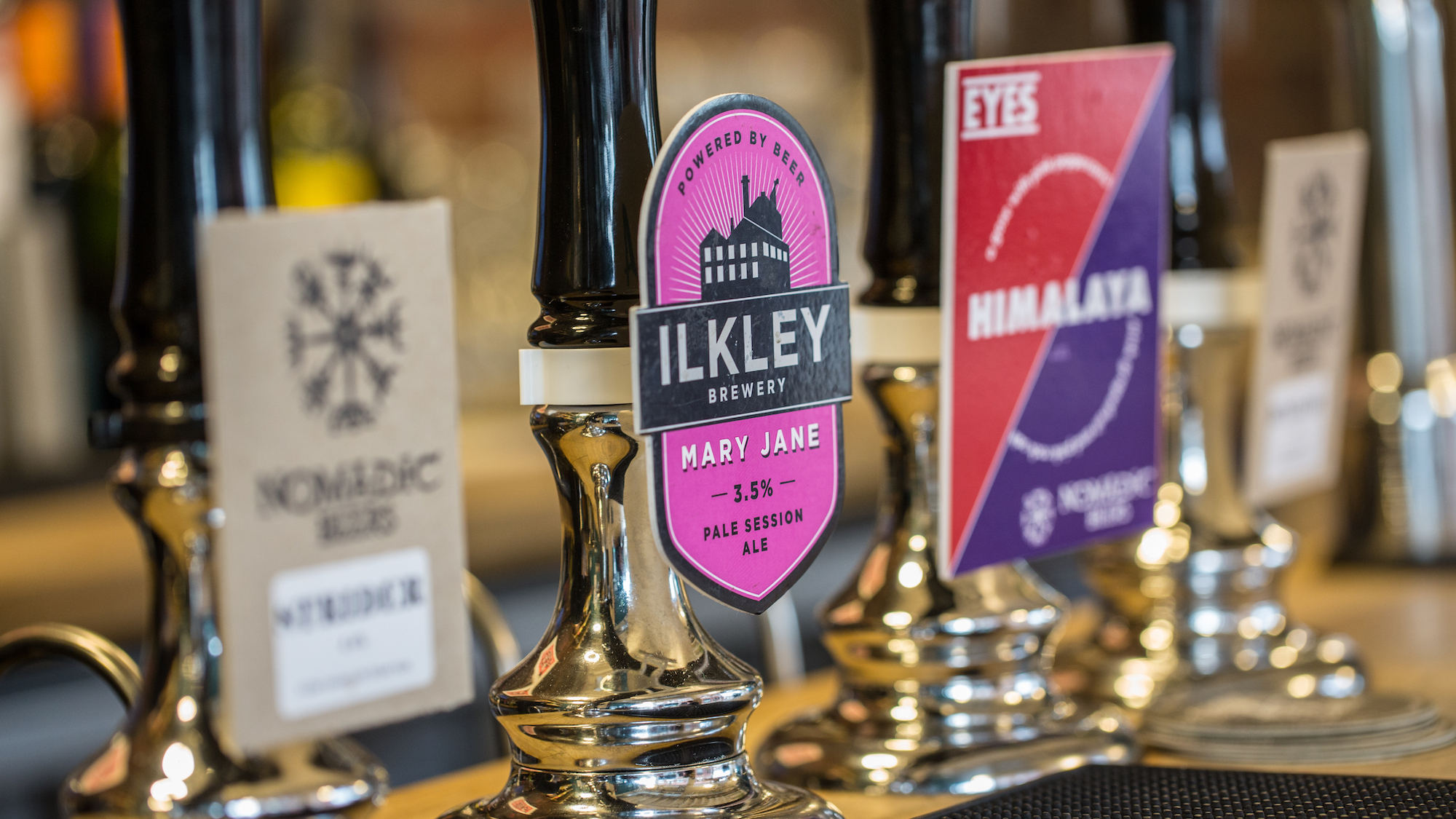 Let’s start at the top of the city centre. The Brunswick is one of the coolest bars in Leeds. It’s a stripped-back, modern take on a classic pub. The ground floor is a beer lover’s paradise with a well-stocked bar home to five cask lines and nine kegs. Their selection of real ale and craft beer changes daily so, on any visit, you may be greeted with suppable suds from Northern favourites like Ilkley and Cloudwater, alongside national and global brews from The Kernel and To Øl. 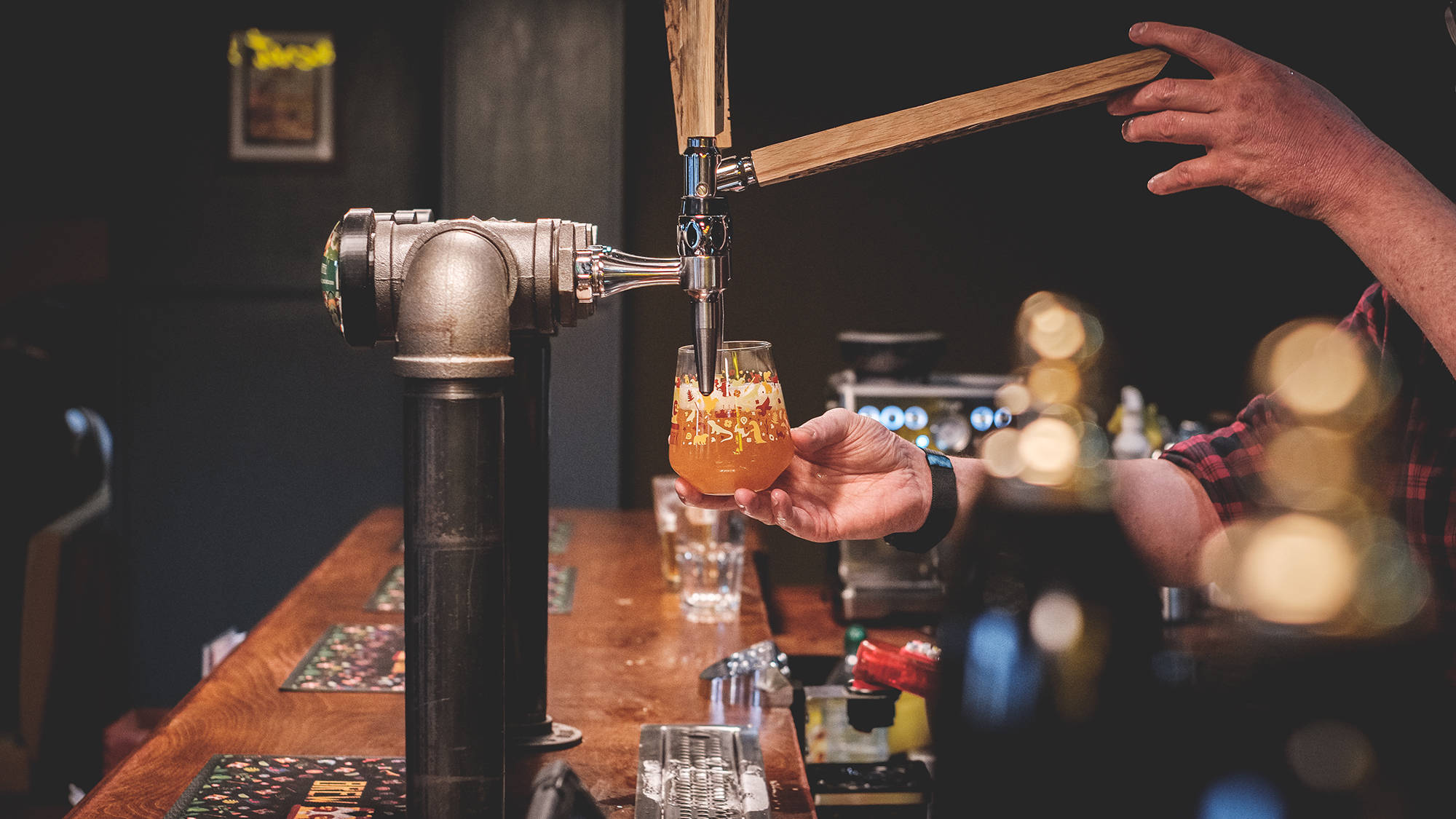 Next up on the ale trail, it’s the short walk down North Street to Brew York’s Leeds outpost. It’s their first outside of York and they’ve turned an old restaurant into a real ale temple with a bespoke metal bar that’s home to all kinds of hoppy wonders. They have 20 cask and keg lines in total, so prepare for indecision – you can try many of Brew York’s own delights, like the Tonkoko milk stout, alongside limited-edition collabs, guest brews and Hoptail beer cocktails. 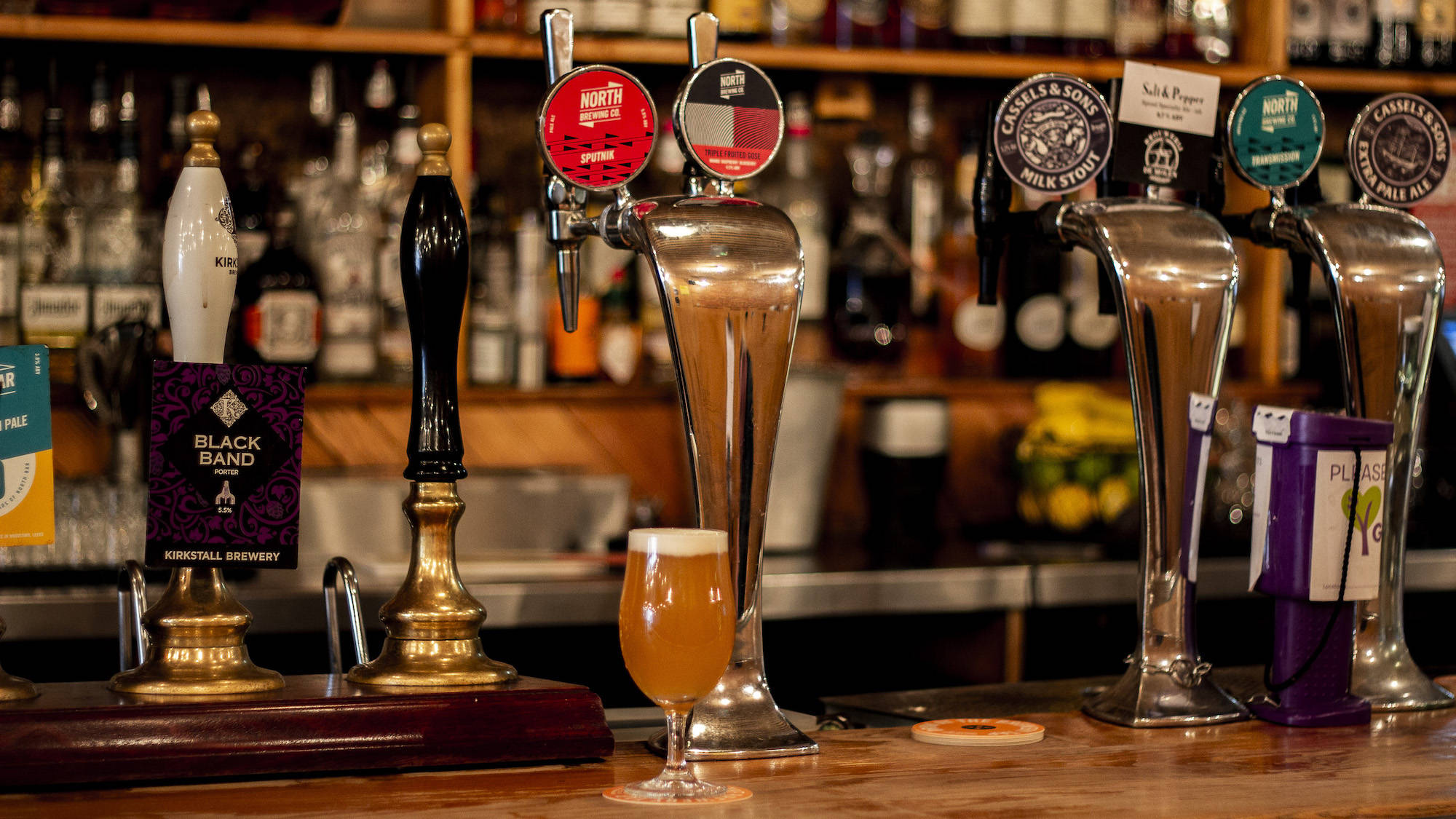 You’ve got a short pootle down to your next stop and it’s a big one. North Bar has been one of the most popular, nay important, craft beer bars in Leeds for over 20 years and you’ll soon see why. Over 150 different beers are crammed behind the bar, both on tap and in the fridges. They have a vast real ale offering, across 8 pumps, alongside many keg lines. North Brewing Co beers feature prominently, but you have plenty of choice if you wish to broaden your horizons. 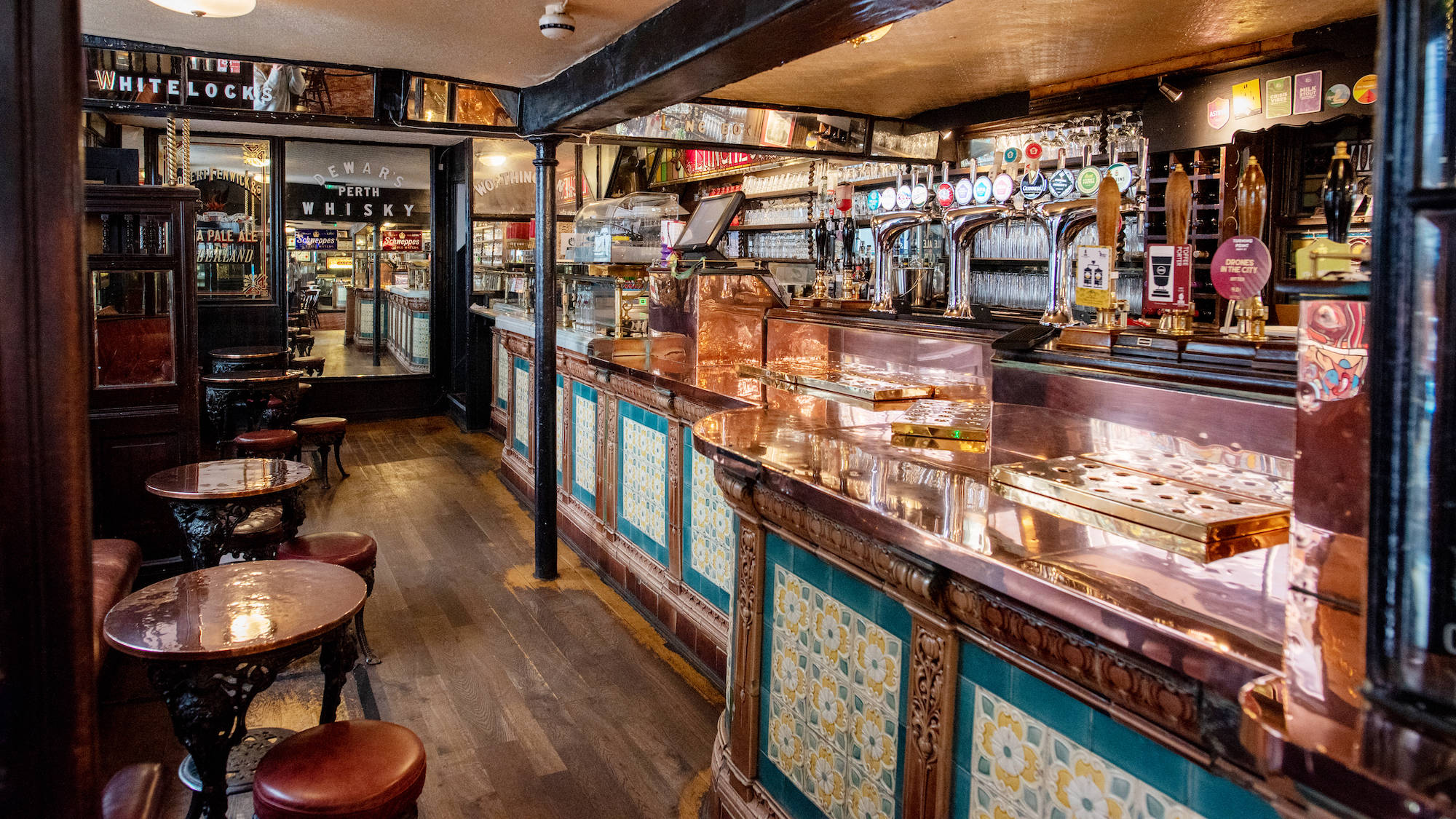 Walk off North Bar’s beery hedonism with a wander to Whitelock’s, down the alleys off Briggate. It’s one of the oldest pubs in Leeds, a throwback to the watering holes of yesteryear and packed full of character. The dark mahogany furniture, brass finishes and beer mirrors make it the perfect setting to explore their 10 cask hand pulls. There’s everything from Ridgeside to Roosters, with constant delights from Five Points and Ilkley. A real Leeds real ale Mecca. 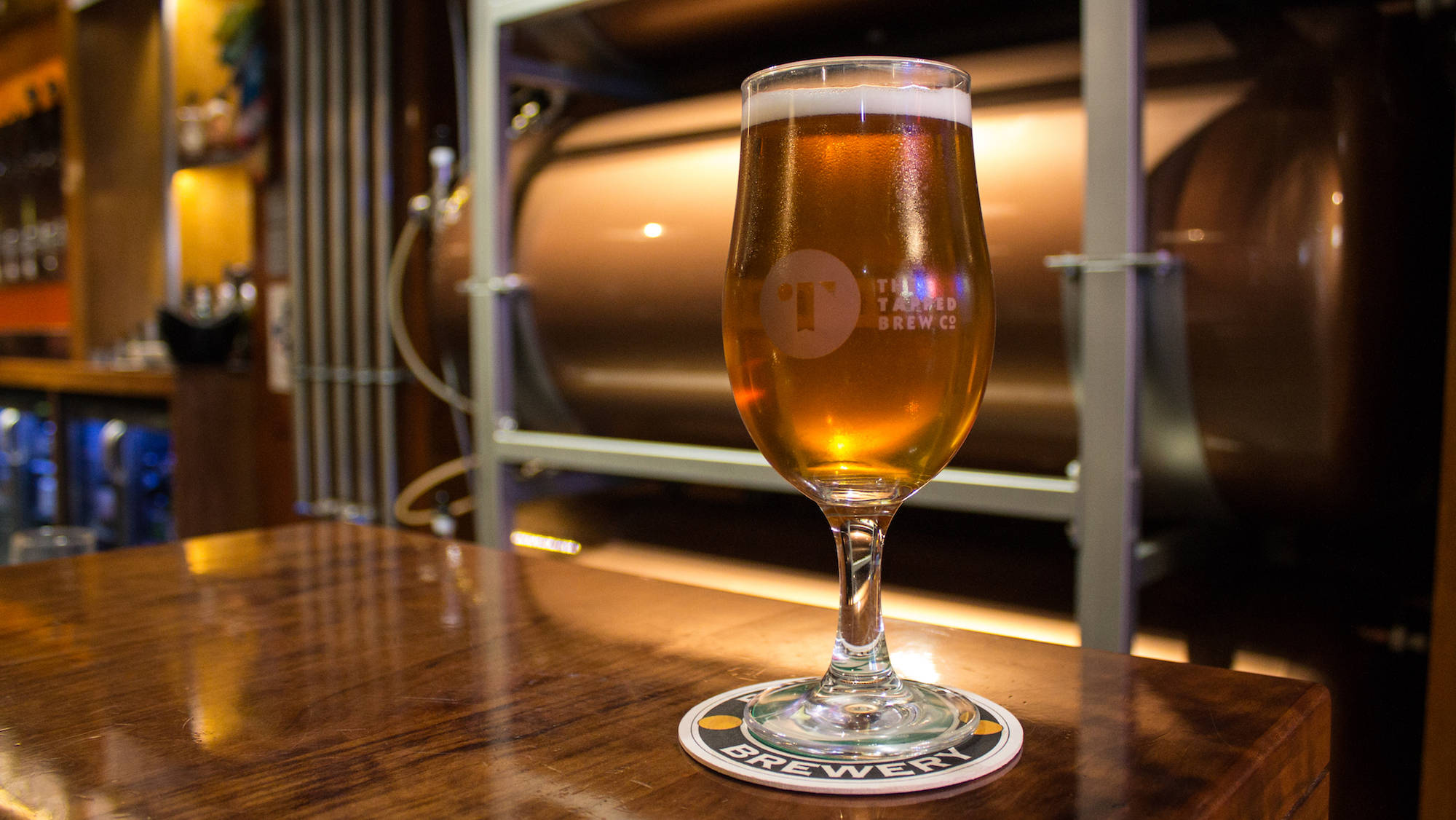 Next stop is a short walk to the bottom of Briggate to Tapped Leeds’ American-style brew pub. This is where dreams come true for beer aficionados, with huge copper tanks brewing their own wares and sending it straight to the pumps. You can take your pick from one of the 13 cask ales and 14 keg beers at any one time, as well as oodles of brews in the fridges. Alongside their own fine tipples, you can look forward to a globe-trotting selection, from Hawkshead to Cromarty. 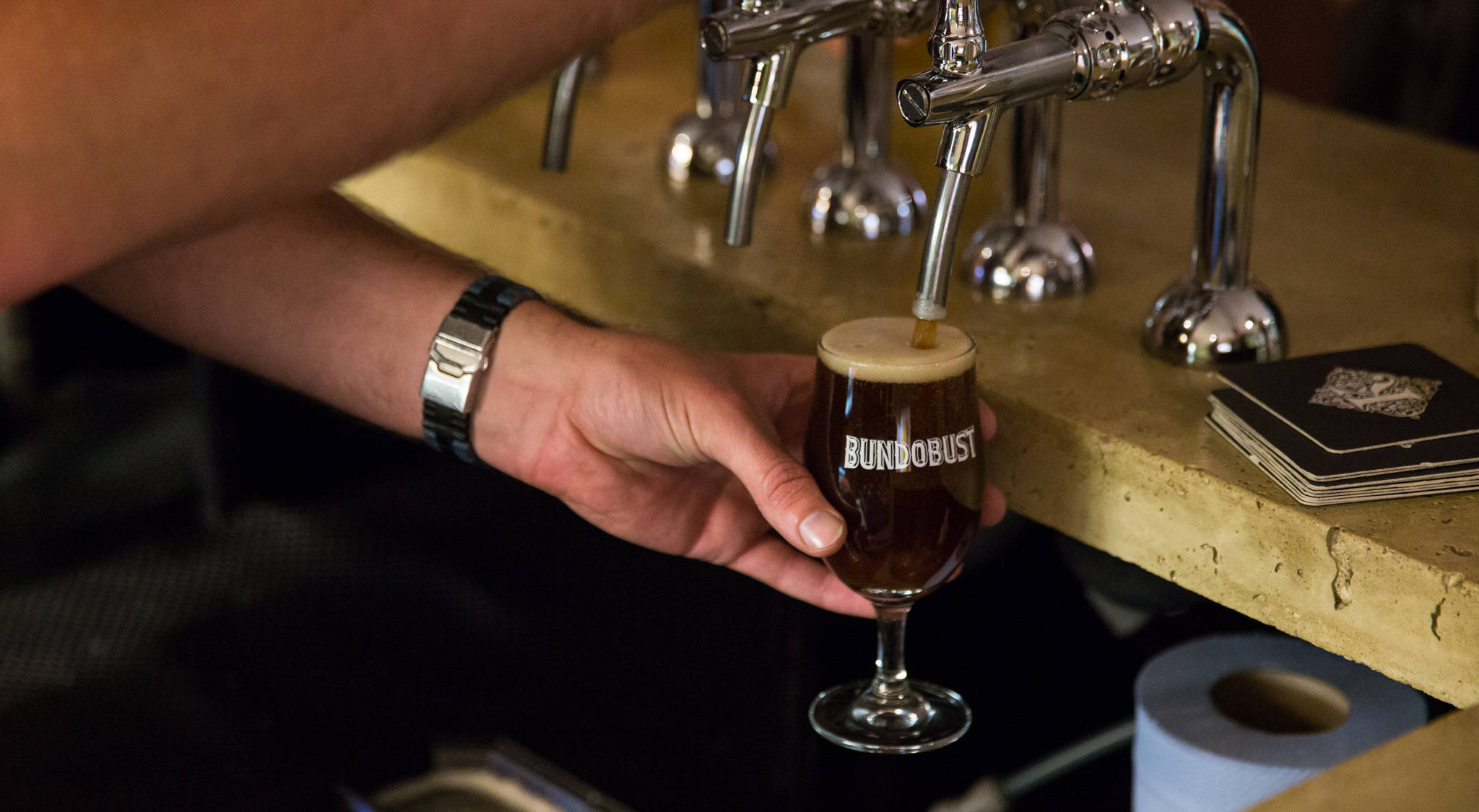 Cross Boar Lane to reach Bundobust and their top-drawer beer offering. They have permanent taps from Kirkstall Brewery and North, alongside their own brewery’s tipples – hazy Peela pale ale, anyone? They also have rotating taps, featuring a diverse cast of real ale radiance such as Wylam. But it’s not just the beer that’s earned them a place here, it’s the celebrated combination with Indian street food – Vada Pav with an IPA? That’s your mid-trail scran sorted. 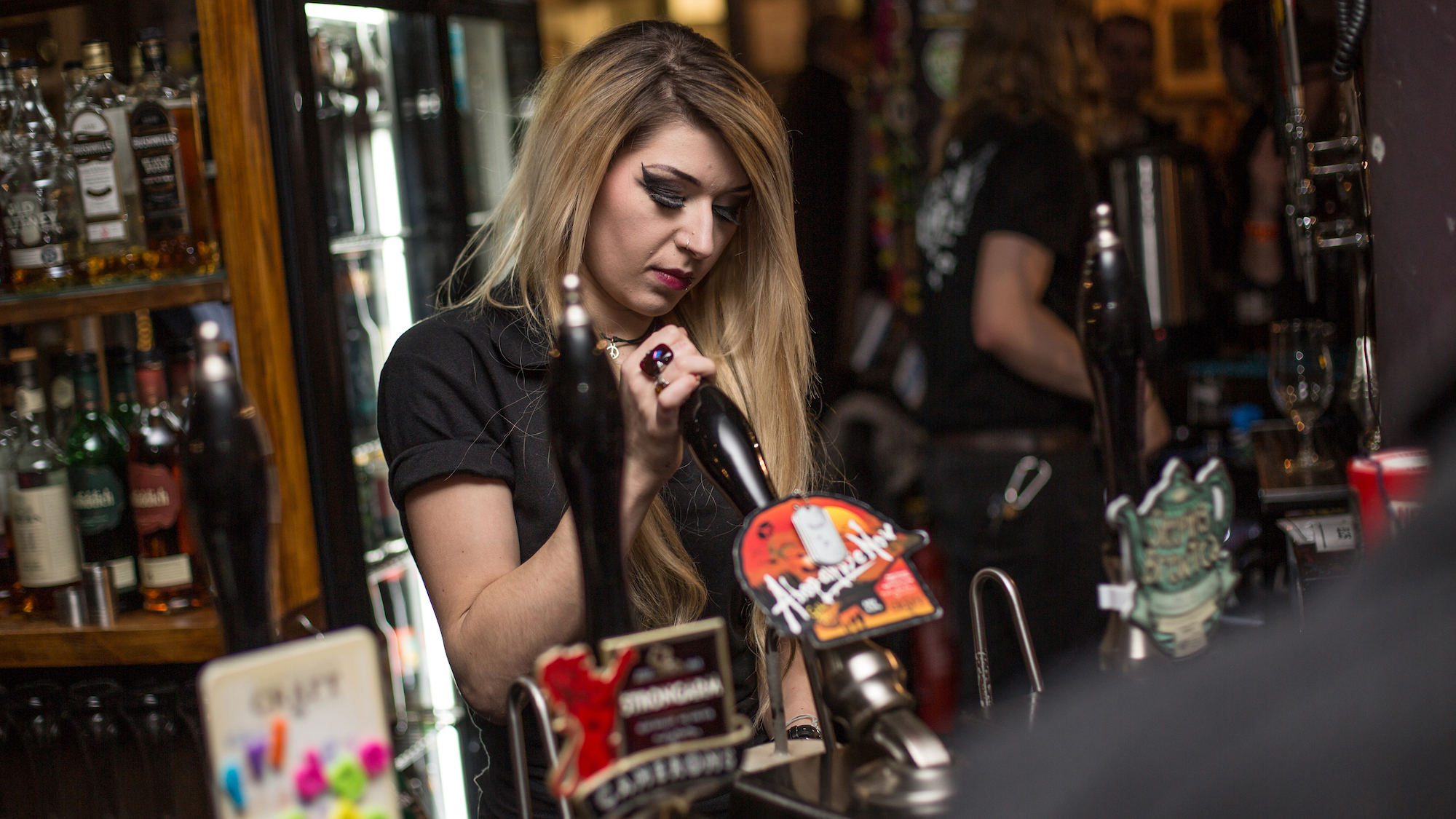 Your next stop is less than a tumble away – The Head of Steam is directly opposite! This is a cosy spot with loads of seating surrounding a huge circular bar that’s packed to bursting with loads of incredible beers. Their speciality is Belgian beer, so if you love Huyghe, Brouwerji or Bieres de Chimay, you’re in luck. But they also offer a slew of tempting and constantly revolving cask and keg ales, from Yorkshire’s Timothy Taylor to their own Camerons Brewery beers. 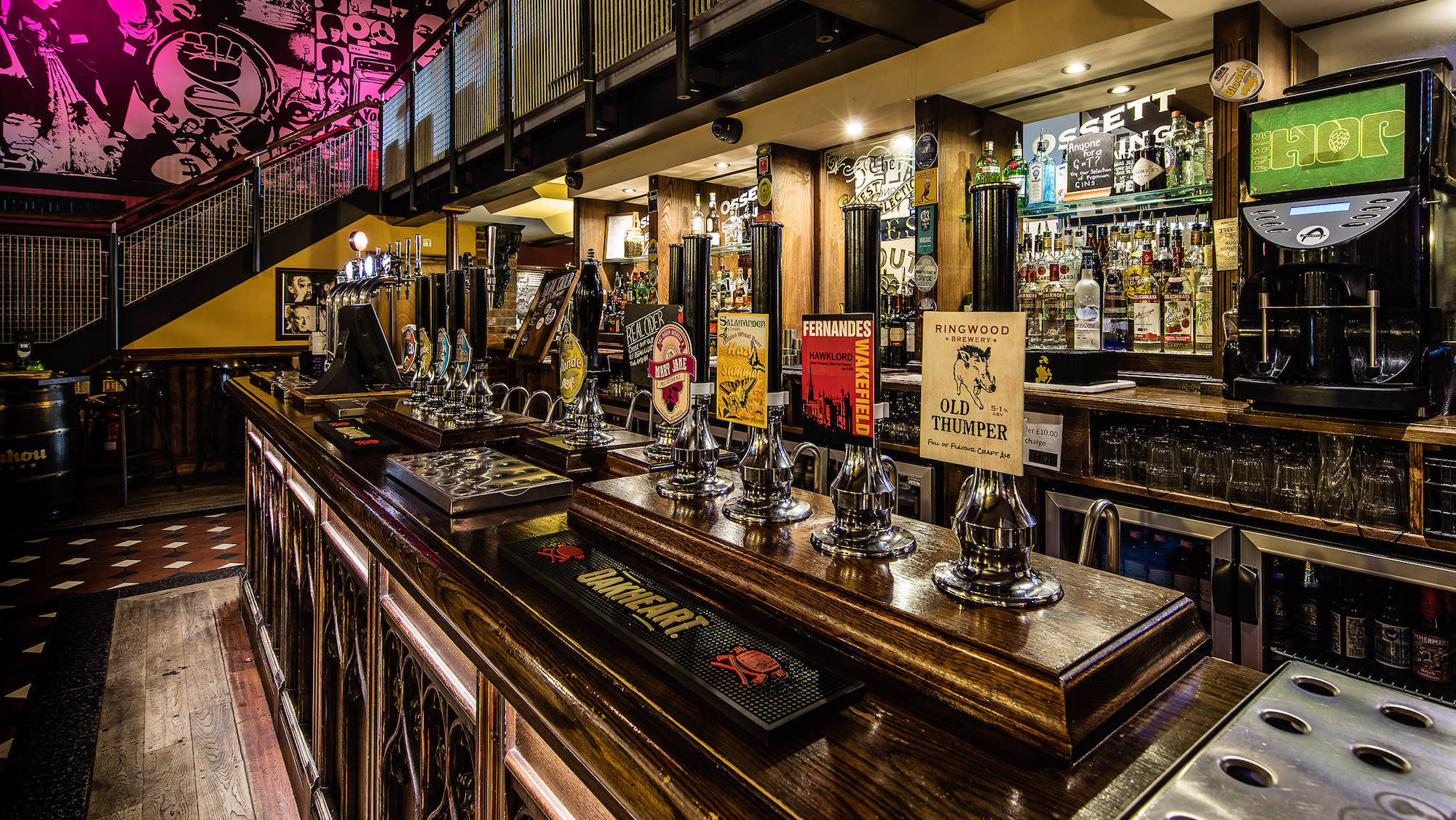 It’s a short walk under the Dark Arches to get to The Hop, but it’s worth it. This is a laid-back, music-loving pub with a proper array of cask ales. It’s run by Ossett Brewery, so you can try all their lovely wares here, from Yorkshire Blonde to the White Rat pale. There are 10 pumps on at any one time, with plenty of space for local favourites like Thornbridge and Saltaire. If you’re feeling peckish, you can’t go wrong with pie, mash and peas for £6.

This ale trail of Leeds rounds off next to the canal at The Midnight Bell. This is a rustic pub, full of old school charm where you can work your way through a vast array of brilliant beers. You’ll find plenty of Leeds Brewery’s creations on tap, from the beer the pub takes its name from to old favourites like Leeds Best, Leodis and Hellfire. They sit alongside a host of global independent breweries, with Sonnet 43, Hophead and Wild Beer Co. all featuring in the past.