The Most Terrifying Ghost Stories in Yorkshire

These are Yorkshire's most chilling tales. 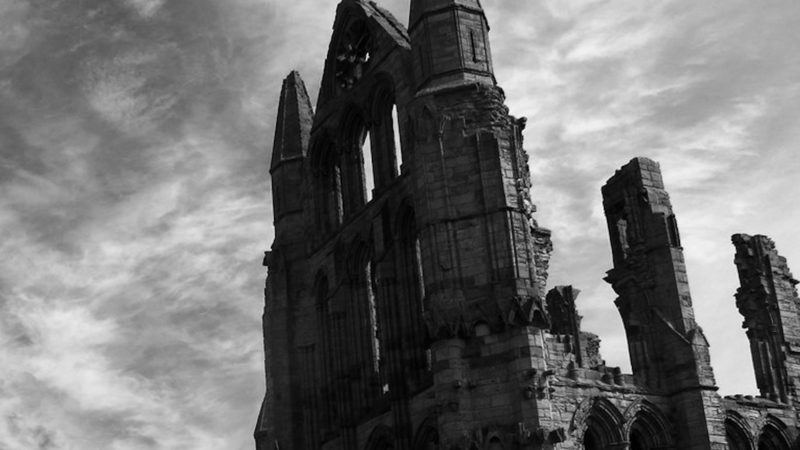 Yorkshire is famous for its links with the supernatural world, so if spooky tales are your thing, this will be right up your street.

The region is a hotbed of paranormal activity with ghost stories left, right and centre. From the headless phantom that terrorises Scarborough Castle to the ghostly monk that haunts the ruins of Bolton Abbey, there are loads of spooky tales and hair-raising histories waiting to be uncovered in Yorkshire. So join us as we reveal the eeriest of tales that will send a shiver down your spine.

Credit: DavidInc licensed under Creative Commons for commercial use.

One of the most haunted buildings in Yorkshire, East Riddlesdon Hall is a 17th-century manor house filled with supernatural activity. It’s said that many a ghost roams the building, with sightings of everything from ghoulish children to spirit animals over the years, but the most frequent visitor of them all is the Grey Lady.

During the Civil War, her husband, the Lord of the manor, returned home to find that she’d been having an affair. Seething with anger, he murdered her lover and sealed the Grey Lady behind a brick wall. Today, her spirit is said to roam the corridors in search of her lost love. There have been ghostly sightings of her in what is now called the Grey Lady’s Chamber. Staff have often felt an unnerving presence in here and children have questioned who the lady in the corner of the room is when there’s no one to be seen.

The Headless Ghost of Piers Gaveston

Credit: happymillerman licensed under Creative Commons for commercial use.

The tale of Piers Gaveston, Earl of Cornwall, is one of the region’s more bloody ghost stories. His headless spirit is said to haunt the 3,000-year-old Scarborough Castle. There are rumours that he’d leap out of the shadows at tourists, causing them to fall off a sheer drop down the cliff.

Despite the fact that his spirit seems to linger around the Yorkshire coastline, his execution actually took place down south. When the country was threatened by Civil War, Piers and his close friend King Edward II fled to Scarborough. He was captured at the castle by the Earls of Pembroke and Warwick when the King escaped to York. After begging for a fair trial in London, Piers was dragged past a jeering crowd and beheaded in Warwick. It’s said that his bitterness has led him to terrorise the living ever since.

The small village of Richmond has a mysterious tale to its name. In the late 18th-century, soldiers at Richmond Castle discovered an underground tunnel they believed would lead to Easby Abbey. They could only go so far down the narrow, rubble-filled passageway, so they hatched a plan – a small drummer boy would continue through the tunnel while banging his drum, so the soldiers could follow the route from above.

At first, the plan seemed to work. They got all the way to Easby Woods, just half a mile away from the abbey, before the drumming stopped. The sudden silence unsettled the soldiers so much that they abandoned the task and decided to never explore the tunnel again. Some believed the roof collapsed on the boy and broke his neck, while others suspected a beast devoured him. To this day, no one knows what happened to the Lost Drummer Boy, but his drumming is often carried on the wind and it’s said that his headless ghost roams the area.

There have been countless sightings of a sobbing spirit in the house and grounds at Temple Newsam. The ghost is said to be fourteen-year old Mary Ingham, the granddaughter of Sir Arthur Ingham, who rebuilt Temple Newsam House in the 17th-century. Also known as The Blue Lady, her most prized possession was a gifted string of pearls.

One dark night, she was returning home from a party when a highwayman ambushed her carriage and stole the necklace. Traumatised, she fell into a deep sleep and woke up with no memory of the event, but in the weeks that followed, her behaviour changed. She constantly searched the house, hid her possessions in unusual places and refused to eat until she eventually starved herself to death. Since then, there have been sightings of The Blue Lady in and around the house, still in search of her lost pearls.

Credit: reiner.kraft licensed under Creative Commons for commercial use.

One of the more gruesome ghost stories in Yorkshire is the tale of Bert Marshal. His ghost is said to haunt the railway track at the top of Robin Hood’s Bay on moonless nights. Unusually, his spirit clasps a pair of dentures, the same ones he stole from a corpse to replace his own teeth. His death however, is even more gory.

A poor farmer who was unable to afford a horse, he walked along the railway line every Friday night to his favourite pub, the Windhill Inn. One drunken night, while walking home, he fell asleep on the railway tracks. A train sped past and decapitated him. When the police arrived, they could find no sign of his head, only his lifeless body. Bert’s headless ghost has been known to drift around the track ever since, making a clacking sound with his dentures to try to find his missing head.

The Half Ghost of Spofforth Castle

Credit: SarahIJ licensed under Creative Commons for commercial use.

Dating back to the 15th century, Spofforth Castle was once home to the powerful Percy family but was ruined during the Civil War. Hardly anyone visits the ruins today, well, with the possible exception of a resident ghost. The first record of a ghostly sighting here was in the 1960s, when a group of picnickers saw a bluish-white hue hurtle from the top of the tower.

A few years later, a school group witnessed the same thing. The apparition appeared at the top of the tower out of nowhere, and to their horror, the bottom half of her body was missing. Thinking it was a real lady, they screamed as she fell to the ground, but before she got there, she disappeared into thin air. Unsure whether to be relieved or thoroughly spooked, they made a swift exit.

Credit: NicholasKingsle licensed under Creative Commons for commercial use.

When Sir Henry Giffith built Burton Agnes Hall, he had no idea that it would become his daughter’s final resting place, but Anne was so taken with the building that she couldn’t bear to be parted from it. Just 10 years after it was complete, she took a fateful journey to St. Quintins at Harpham, but she was robbed and attacked on the road. She made it home just to die days later.

Before her death, she told her sisters that she would never rest unless part of her remained in her beautiful home, but when she died, she was buried in the churchyard, so her ghost returned to haunt them. Traumatised, they consulted a vicar and opened her grave to bring her skull inside the house. So long as it remains undisturbed, the hall remains peaceful and Anne keeps her distance – or does she?

Credit: Keith Laverack licensed under Creative Commons for commercial use.

A sorrowful tale from start to finish, the story of Marmaduke Buckle is one of York’s most noteworthy ghost stories. He was physically handicapped, but because he was living in the unforgiving 17th-century, this meant that he was accused of witchcraft. As a result, he spent most of his life hidden away in his house on Goodramgate in central York.

Eventually, he decided he couldn’t take it anymore. After carving his initials, birth date and the date into a wooden beam, he ended his life by hanging himself at just 18 years old. It’s said that his ghost still haunts the building and you can find him to this day, slamming doors and flicking light switches. There are even rumours that he tried to push someone down the stairs in the pub next door!

Credit: muuranker licensed under Creative Commons for commercial use.

The imposing ruins of Whitby Abbey have stirred up ghostly rumours since Anglo-Saxon times, long before Bram Stoker’s Dracula. The phantom of Saint Hilda has been spotted in one of the highest windows and the thunderous sound of horses hooves have been heard in the dead of night, but the most chilling ghost story is that of a ghoulish nun, who has been seen running through the abbey.

Constance de Beverley was a young nun who met her death after breaking her sacred vows. Despite her promise to dedicate her life to God, Constance fell in love with heroic knight Marmion. Eventually, the other nuns found out and told everyone her secret. As punishment, she was bricked up alive in the walls of the building. Since then, her ghost has been seen among the Whitby Abbey ruins, begging to be freed.

The 12th-century Augustinian monastery ruins of Bolton Abbey are said to be home to a roaming monk. Witnessed by the Marquis of Harrington in 1912, there have been rumours of him lurking around the area ever since. Known as the Black Canon, many visitors claim to have see him over the years.

The monk was said to have died shortly after the Dissolution of the Monasteries by Henry VIII and his spirit has continued to linger. Robed in a black cloak and a flat brick hat, he’s been described as an older man in his late sixties with a heavily wrinkled face. Over the years, a surprising number of people have reported the sound of his sandals moving around the area and they’ve even noted the smell of his incense in the summer. 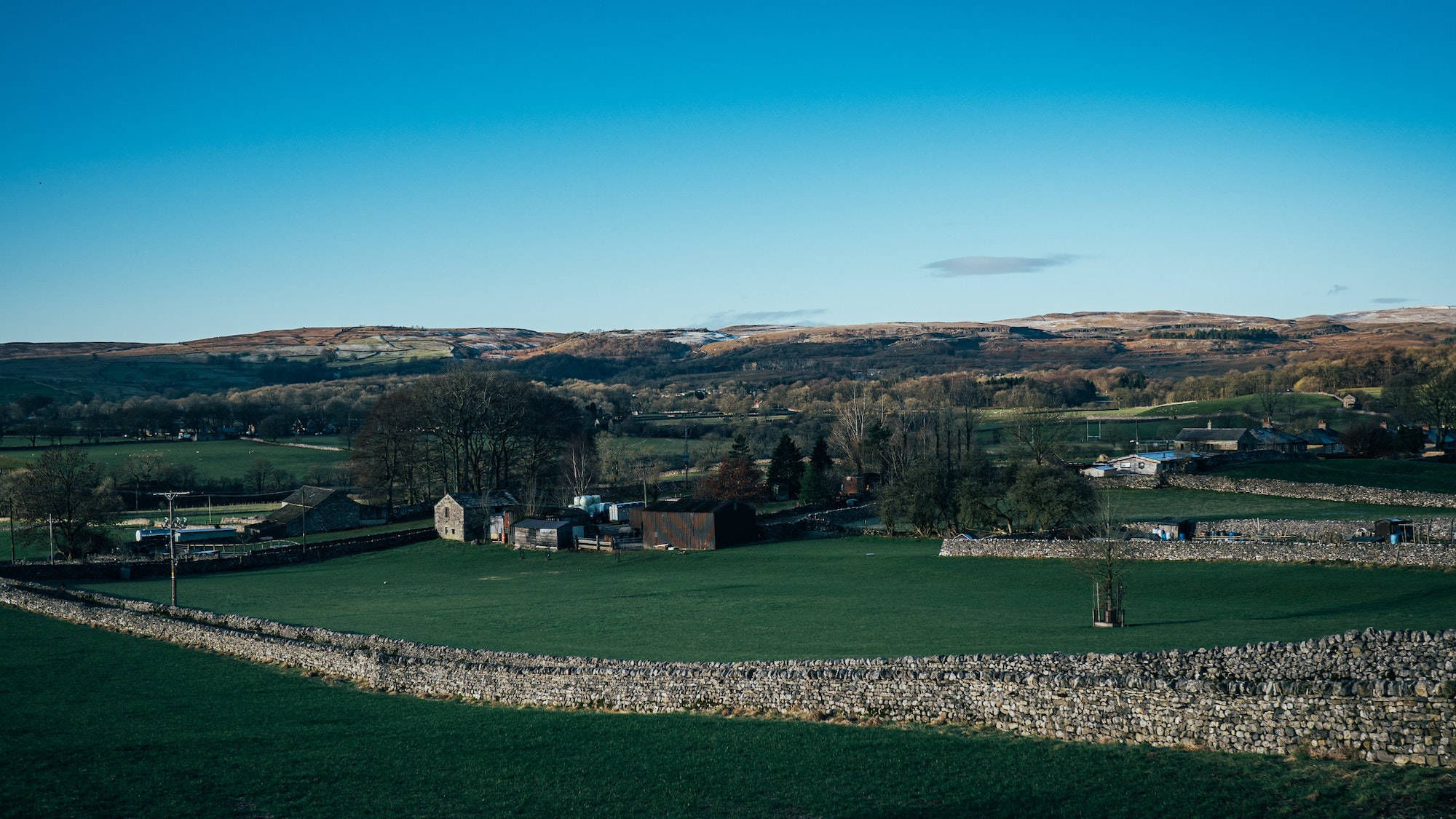 The Yorkshire Dales market town of Grassington was the unlikely location of a murder in the 18th century and it still haunts the area to this day. The grizzly event took place back in 1766, when local blacksmith Tom Lee shot and killed Dr Richard Petty after a cock fight where the doctor won a substantial amount of money. Lee hid out in a nearby cave – and spookily enough, his ghost is said to still call it home.

Lee was originally acquitted of the murder but later re-tried and hanged at York. His body was left suspended at Grass Wood in an iron gibbet until it decomposed and the bones fell to the ground. Not surprisingly, Lee’s ghost is said to roam Grass Wood to this day – be careful if you ever visit. Lee’s blacksmiths workshop, or ‘smidy’, is marked today by a plaque in the village.